Movie Review: If I Stay 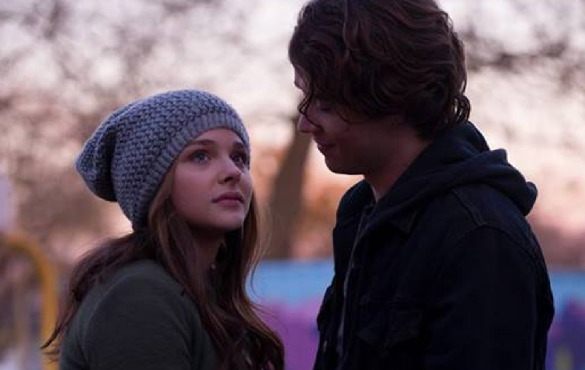 Synopsis: Life changes in an instant for young Mia Hall after a car accident puts her in a coma. During an out-of-body experience, she must decide whether to wake up and live a life far different than she had imagined.

INTRO
I am very fond of Chloe Grace Moretz as she has had the pleasure of working with some major talent at such a young age. Moretz roles usually are very eccentric in nature. I’m sure every young girl dreams of falling in love with a guy that is perfect ten and says lines so great, even Tony the Tiger is jealous. Moretz finally gets chance to experience that in the properly titled If I Stay.

DIRECTION
In feeding off the teen girls of the world obsession with falling in love with the perfect guy, Warner Bros thought long and hard about a film that will help generate buzz that The Fault in Our Stars did earlier this year. I’m just joking of course about Warner Bros thinking hard about a film, when in doubt pick a Young Adult novel. R.J Cutler was working on a script penned by Shauna Cross and I could have not been more bored watching this film. The whole idea of the film is for the main character, Mia, to decide if it’s worth living or simply letting go. Cutler’s flashbacks are used to help Mia decide her fate. I have no issue with that and the premise sounds interesting but the way the director handles each flashback was more terrible than Kristen Stewart’s acting. Most of the flashbacks show the great time she had with Adam and pretty much her life is a perfect Disney fairytale. As we watch each flashback it becomes pretty obvious what’s going to happen, meaning this film offers zero real drama.

SCRIPT
If I Stay is a young adult novel by Gayle Forman published in 2009. Before I get into this review further, a few words of advice: Just because something is great on paper doesn’t mean it will be great in reality (look at the San Francisco 49ers). If I Stay offers nothing new to this genre and, Chloe, I am sorry but you can do better than this. Moretz stars as 17-year-old cello prodigy Mia Hall. Mia dreams of Julliard and a musical romance with a young man named Adam (Jamie Blackley). A car accident leaves Mia, her bohemian parents (Mireille Enos and Joshua Leonard) and younger brother (Jakob Davies) fighting for their lives. Mia experiences an out-of-body-experience where she must decide to stay or go. Most of the film alternates between Mia running around the hospital (with no shoes or socks) to terrible flashbacks with her time with Adam and her love for the cello. Adam and Mia relationship is very unbelievable and they make it appear as if their love is on that Hazel and Augustus level, when in actuality it is more forced than Clary and Jace’s relationship.

PERFORMANCES
Moretz as always did a fantastic job as Mia, it was refreshing to see her play a normal character for once. Blackley was a bad choice for the role of Adam and I’m not sure if it was him or how the character was written, but that ruined the movie. Mireille Enos and Joshua Leonard were great in their limited roles as Mia parents.

Grade: C (only cause Chloe)

SCORE
The music is terrible. That’s all I need to say about that.

FINAL THOUGHTS
If I Stay is a film that had no business being made as it has terrible dialogue with way too many pointless flashbacks.