Movie Review: ‘Greta’ had the potential to be so much more 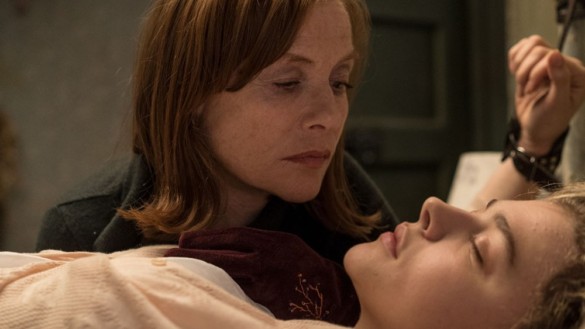 Synopsis: A young woman befriends a lonely widow who’s harboring a dark and deadly agenda towards her.

Greta is the story of Frances McCullen (Chloë Grace Moretz), a young woman living in New York City with her friend Erica (Maika Monroe). One day on the subway Frances finds a purse that has been left behind and decides to return it to its owner. The bag belongs to Greta Hideg (Isabelle Huppert) of Brooklyn, so Frances bikes over there to give it back. Greta is a lovely, seemingly innocent older lady who is grateful that someone would return her purse. After a chat over coffee, Frances, who recently lost her mother, empathizes with Greta’s loneliness and the two become odd friends. Their friendship quickly turns sour and Greta is revealed to be something more sinister than her charming French exterior.

This film features strong performances by Huppert and Moretz. Much of the rest of the movie was bland, but watchable. The plot suffered from pacing problems. It would go through slow patches, then something exciting or scary would happen, then it would drag again. I think this messed with the overall feeling of tension a film like this needs to be successful. I think the “stalker” bad guy can make for an excellent thriller but this one didn’t quite do it for me. It’s saving grace is Isabelle Huppert. She lures you in with her charm but still manages to leave you feeling uncomfortable after every scene. She transitions from friend to psychopath very easily, and I would love to see her in another villain role in the future. Chloë Grace Moretz was also a good addition to the film. She was young and naive and really should have listened to her roommate, but she was still a mostly likeable main character. Moretz did a decent job with the material she was given. The music was also a high point for me. The film opens with Julie London singing “Where are You”, which under most circumstances is a beautiful ballad, but in this film sets the creepy tone for what’s to come.

There were also a lot of things I didn’t like about the movie. Most of the background characters are forgettable or useless. The roommate annoyed me until later in the film, I’m sorry I doubted her. Frances’ dad (Colm Feore) was also unlikable and completely pointless. The only thing his character did was introduce us to Stephen Rea’s character and play “concerned dad” for a few minutes. Rea is kind of wasted on this film, his character has a purpose but not for long, but I like Stephen Rea so I’m not entirely mad. I also felt they tried to push this backstory and tension between Frances and her father. They are at different points in their lives after the mother’s death and they’re weird about it. We don’t get enough information on the mom or the dad, so their strained relationship bit felt sloppy and unnecessary. I understand this family drama is needed for Frances’ character, I just wish it was handled better. This is also the second movie in the thriller/horror genre in 2019 that features Colm Feore and a secretly Hungarian bad guy. If I see one more Hungarian villain this year I will be annoyed. I’m Hungarian, I know the language is weird and different and can sound creepy if it’s unfamiliar to you, but we’re not all secretly psychopaths…

Greta has its high points and lows, and overall, it’s a watchable film that frustratingly had potential to be much more. If you’re a fan of Isabelle Huppert this film is another opportunity to see her shine. Her performance as Greta was the highlight of this otherwise unmemorable movie.

Hear our podcast review on Episode 315: