Movie Review (GFF): ‘Truman & Tennessee’ Would Have Worked Better as an Audiobook Than a Movie 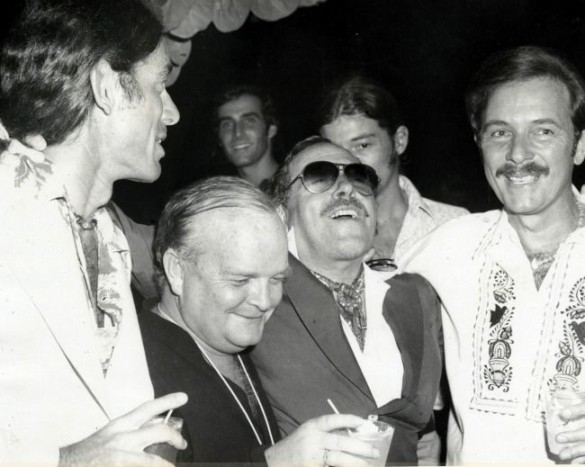 There is certainly a case to be made for a documentary to be created about the relationship between Truman Capote and Tennessee Williams; two iconic American artists who were working in the same era. In Truman & Tennessee both men are given an equal amount of screen time as the film strikes a nice balance of showing both sides of the relationship. It is hard not to enjoy the idea of seeing these legends come to life once more.

There is a nice blend of archival footage that is used, particularly when the clips pair each with one another. The documentary makes direct comparisons between the two, as clips of both of them on the same show will appear next to each other. The archival footage is overlapped not only with interviews from both men, but also personal notes and letters, giving us a real look into both of their lives.

The film focuses on letters and notes that Truman and Tennessee wrote to each other, suggesting a potential romantic relationship forming between them. The documentary does not shy away from the gay narrative that forms, and that is clear even by the casting choice of the voices of both Truman and Tennessee. Jim Parsons and Zachary Quinto, respectively, both give solid voice performances here reading these notes and letters, but it is also their own identities as gay men that help this message come across in the film.

This is a subject matter that is interesting, but the presentation does start to lose interest in the second half. This is a documentary about two creative icons, and yet I never really felt that come through in the film. The documentary seems so fixated on the relationship between the pair of them that at times it felt like they had no personality of their own. There was no sense of accomplishment, no sense of pride in their work as their life is presented with little to no context.

A lot of the documentary is dependent on the voice-over narration by Parsons and Quinto. Despite how strong that is, it does leave little to imagine in terms of the visuals. If anything, this is a story that would work better in book form, a form in which you could either see the letters printed on the page or to have an audio version and simply listen to the stories. The visual component felt like it was a last-minute thought, which made it harder to connect with our two men and their story.

This is a relatively short film, only clocking in at 86 minutes. However, the film somehow still manages to drag by the end. Having such a focus on the relationship between Truman and Tennessee and not fleshing out much else really does not help the pacing. This would have been a great chance to talk about their greatest achievements, show the impact of their work and how the relationship impacted it, and yet it all felt private and far away from any other aspect of their lives. There could have been a big statement within the film, but something just felt missing throughout.

There was real potential here to make a gripping documentary about two of the greatest American icons and the impact of their relationship, but unfortunately, the documentary falls flat quickly. Parsons and Quinto try to create intrigue and bring these characters to life, but there is not enough there to hold interest for a full movie. It does make me want to learn more about these men and do further research, but I just wish the film provided that for me from the start.