Movie Review: Drinking Buddies orders a round of complicated relationships 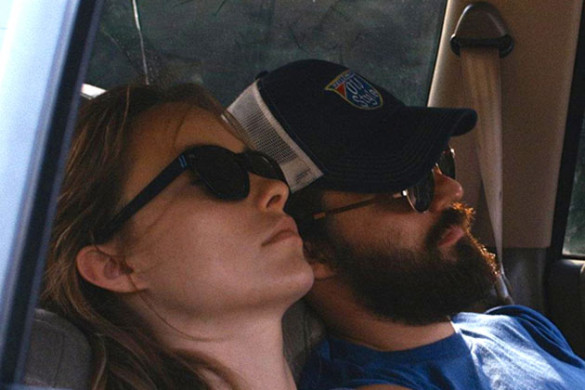 Synopsis: Luke and Kate are co-workers at a Chicago brewery, where they spend their days drinking and flirting. They’re perfect for each other, except that they’re both in relationships. Luke is in the midst of marriage talks with his girlfriend of six years, Kate is playing it cool with her music producer boyfriend Chris. But you know what makes the line between “friends” and “more than friends” really blurry? Beer.

DIRECTION
Drinking Buddies is one of the more incredibly realistic takes on relationships and it achieves this through real dialogue, real drama and real-life type characters. This movie has zero script and it is completely free-styled which means the performances are real and it feels that way. The aesthetics that Joe Swanberg creates is amazing and you feel like you’re apart of the group while you’re in the experience. The cinematography isn’t always smooth but rather moves with the characters giving you a sense of being a character yourself amongst the characters you’re watching on screen. The music choices Swanberg is perfect and a lot of fun but what’s also interesting is his use of non-music in a lot of the film. In order to capture more realism, there are a lot of scenes with no music, giving you a chance to hear all the laughter, natural sounds and dialogue which enhances the realistic approach that is taken here.

SCRIPT
There is no script but there is an over-arching story that is used to help organize what’s going on. The movie centers around Kate (Olivia Wilde) and Luke (Jake Johnson) who are really close friends and co-workers at a brewery in Chicago. They are both in relationships (not with one another) but their actions are incredibly flirty and with all pun intended, they flirt with the boundaries of being friends without it being “cheating”. Again with the tone being realism, at some point this is an unfortunate issue that most people deal with at some point in their lives and this film recognizes and explores it well. Even when Luke and Katie are with their significant others, if they are in the same location they are most likely hanging out together and again flirting with those lines. However, it’s really funny and the characters are incredibly interesting which makes the story that much more engaging. The drama is just as real and when you explore these territories, that will happen, but it’s done in a way that is relatable and the realism just seeps through the pores of this story. And the best part? There is no typical Hollywood ending that makes it cheesy and predictable. The film plays it straight, leaves resolution to be needed but yet is satisfying on every level. Again, in a film where every character and the entire aesthetic is inspired by realism, the movie ends on a note that elevates it to that position.

PERFORMANCES
The performances are really good considering there was no script but only little direction to guide them in their performance. At the same time though, it’s what makes the movie feel so real and relatable. Olivia Wilde is pretty great and has some amazing moments. There are a few times you can tell she’s reaching and trying to figure out what to say but her charm and skill was enough that she was able to pull out what every scene required. Anna Kendrick probably struggled the most but her character almost called for that given the fact that her character has some strong issues she’s dealing with, which would make it hard for someone in real life. Jake Johnson and Ron Livingston are natural’s at it and were completely smooth. Livingston isn’t in the movie a whole lot but for what his character is he does a great job. Johnson is on fire right now and is one of the better actors out there. He’s hilarious and extremely likable and what he brings to the table here is very impressive. Nothing feels free-styled coming from him and his character, especially as a guy, is very relatable and is something a lot of guys go through at some point in their life. The performances are critical given the fact they are making up dialogue as they go along and their chemistry is second to none, for the most part. There are a few parts where they struggled a little bit but given the theme of the film and the realistic setting, you can expect some of that. Overall, they are amazing and it’s rarely distracting.

SCORE
There is no score but the musical choices that Swanberg uses are great and adds a lot to the fun aesthetic that we find ourselves in. The soundtrack is recommended and is a fun listen to outside of the film. Lady Luck by Richard Swift is specifically a great song choice and really set the tone of the film well.