Movie Review: ‘Dear Evan Hansen’ is Based Around A Beautiful Lie 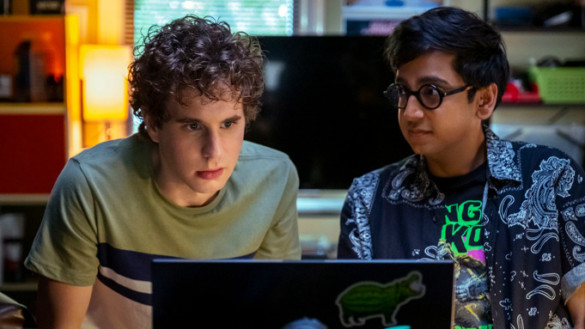 Synopsis: Film adaptation of the Tony and Grammy Award-winning musical about Evan Hansen, a high school senior with Social Anxiety disorder and his journey of self-discovery and acceptance following the suicide of a fellow classmate.

“Today is going to be a good day and here’s why.” These are the words that I believe people should adopt as their motto. It’s a simple saying that carries a powerful meaning that multiple people need to hear from themselves or from a loved one. It brings comfort and reassurance to those who speak it. It is so encouraging that it can change someone’s day for the better, and here’s why.

Dear Evan Hansen is a film that spoke to me on numerous levels and camouflages itself as a hybrid of multiple themes. If I’m being honest, it is difficult to determine where to begin. As I stated, this film spoke to me in a way that other films will never reach. I have never witnessed the broadway show this film is adapted from, but I have lost a friend or two who have taken their own lives. And if there’s one thing I’ve learned from this film, it is to never give your flowers to the departed before it’s too late.

Dear Evan Hansen is a film based on a beautiful lie, a lie so substantial that it changed the life of many for the better. This film is a chameleon of emotions and I find that so rare in today’s world. Ben Platt gives us an important and special performance as Evan Hansen. Due to his mannerisms and his vocal presence, Ben Platt shows us what it is like to be a person who lives with social anxiety on a daily basis. The film shows you the highs and lows of Evan’s condition and, as the movie advances, you find out that he isn’t the only teenager dealing with these issues.

The story gives you a solid overview of how the death of Connor Murphy affects not only his family, but Evan and the rest of the town. Connor’s sister Zoe, played by Kaitlyn Dever, delivers another phenomenal performance and is perhaps my favorite character in the film next to Evan Hansen. Regardless of Ben Platt’s age, I think he killed it in the role. He was everything I wanted him to be and more. Despite the condition that the character struggles with, I found Platt and Dever to have comfortable and genuine exchanges throughout the film.

This review would not be complete without mentioning the brilliant move of having the cast perform the soundtrack in real-time. The harmonies were wonderful and songs such as “Sincerely Me”, “Waving Through A Window” and “For Forever” stuck out to me among the crowd. I have found myself listening to the soundtrack on repeat ever since I left the theater.

Dear Evan Hansen tells a beautiful lie to keep a classmate’s memory alive. It is a beacon of remembrance to give your flowers to your loved ones before they’re gone and to always remember that today is going to be a good day.