Movie Review: Chaos defines Parkland but is that a bad thing? 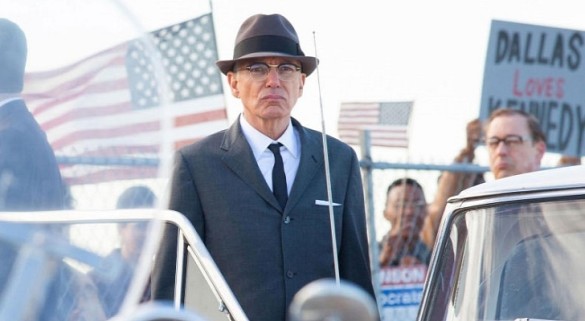 Synopsis: A recounting of the chaotic events that occurred at Dallas’ Parkland Hospital on the day U.S. President John F. Kennedy was assassinated.

DIRECTION
Peter Landesman’s Parkland is defined by one word: Chaos. While this film may not work for many, it’s actually a great representation of what the situation probably felt like for many. Landesman uses a lot of real clips and embeds them into the situation as President Kennedy arrives in Dallas to begin his final moments. While the actual assassination isn’t shown, the initial reactions are contrived and not real but you understand that chaos is ensuing. Once that moment occurs Landesman doesn’t relent on the intensity of the situation. From the moment President Kennedy was assassinated, I can imagine people were running around scared, confused, shocked and trying to deal with what just happened. And Landesman captured that confusion and chaos really well for the most part but the direction only works if you look at it from that perspective.

SCRIPT
Parkland‘s scrip is unfocused, doesn’t build characters and is all over the place. It’s not even about the hopital the title of the movie is named after. In the traditional sense of storytelling, it’s awful. But here’s the thing. Given the direction, if this movie had all of those things, it wouldn’t of worked for what it was doing. Once President Kennedy is shot, he’s rushed to Parkland Hospital where we see doctors, FBI agents and the Secret Service rushing in the body as they feverishly try to save President Kennedy’s life. There’s blood everywhere and incredibly intense as they do everything they can. We then meet Robert Oswald who has learned his brother killed the President and the residual side effects that come from that. We also see the FBI and Secret Service watching the Zapruder film and the astonishing first moments they see the film and the shock and horror of what just happened. The story then cuts to the FBI who learned they’ve been tracking Lee Harvey Oswald for awhile and had the ability to stop him but didn’t. So yeah, the story is all over the place. But what the script provides, is a look into the craziness of what the situation would of felt like. Everyone was in shock and people’s emotions were sky high as a beloved president was just killed in a very public setting. It would of been chaotic and the movie reflects that. So in a really strange, un-traditional way, it works if you’re okay with looking at the film from that perspective.

PERFORMANCES
This movie is pretty un-traditional and has characters that we only see in glimpses. That being said, for what the movie was doing, the performances were great and pretty intense. Paul Giamatti as Abraham Zapruder was very good and a character that never recovered from the emotional tragedy he experienced that day. Zac Efron, who plays a medical doctor, was pretty good since he didn’t seem to fit the role at first. However, he didn’t have much to do so it was actually pretty fitting. Billy Bob Thornton plays an Secret Service agent who just lost the president and plays the role intensely and very passionate. James Badge Dale plays Robert Oswald and we see the effects on the Oswald’s family and how Lee Harvey changed the whole dynamic of that family. There are many more characters and all the performances were good. Like the theme of the film, they were passionate and chaotic, which is what they were trying to achieve.

SCORE
James Newton Howard is a pretty reliable composer, especially for films that call for dramatic themes and scores. This movie is unrelenting in it’s intensity and the score reflects that well. From the very beginning, the score is ramped up and in your face the whole time. It’s got some great themes and works really well. Perhaps, it’s a little bit much but musically it’s still appealing to the ears.

FINAL THOUGHTS
Parkland only works if you see the film for what it’s doing. Landesman is only giving you glimpses of the situation from many different characters and perspectives. From a traditional standpoint, it’s all over the place, very unfocused and is…well chaotic. However, that’s what everyone involved in that situation would of felt and it would of been chaotic for them. People’s emotions would of been sky high and all over the place. People were heartbroken and not sure what to think. So for that reason, the film works on that level. If you see the film and you don’t see it that way, you’ll struggle finding much to like about it.