Movie Review: ‘Cars 3’ shows up with tread marks of glory 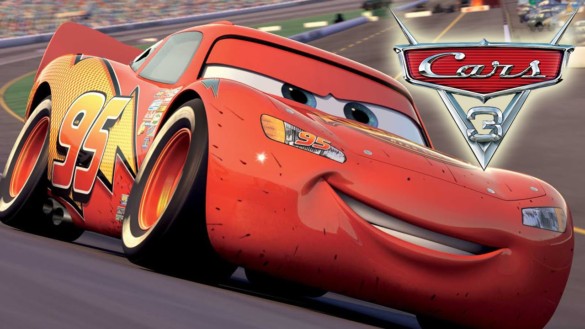 It could not be more against the message that Cars want to send, but there is less sputtering when only Lightning McQueen (Owen Wilson) receives the attention. See what happened when Mater (Larry the Cable Guy), No. 95’s go-to tow-truck, was given all the lanes in the sequel? “More of what you love” never hurts, but Pixar bewilderingly applied that concept less to the drawing board and primarily to the toy shelves. Must be why Planes got the green light, and the less said about that project the better, even if the manufacturing was all Disney.

Imagine the shock when McQueen ends his third run with a blazing podium finish.

For all of his flair, fans and friends, Lightning is “fading, fading fast,” losing out to the next generation of souped-up and stylish Piston Cup Racers. The swiftest and sleekest of them all is Jackson Storm (Armie Hammer), owning a passive-aggressive, master-of-all attitude that would render him the cinematic Winklevoss twins’ vehicle of choice. While revving hard to avoid seeing instant nemesis’s tail-end, Lightning wrecks himself in a notably harrowing sequence featured in the first trailer. And although the sequence impresses through its intensity and loudness, it is first-time director (but experienced animator) Brian Fee’s lingering on the silence afterward that commits the events to memory. Whereas every moment the audio eases off in the first Cars is to highlight animated-automotive beauty, Cars 3 does that and concurrently install a resonant thematic note. A promise delivered: The new phase of our anthropomorphic stock car begins here.

Blast the nature of numbering things, for real, as the narrative of Cars 3 renders it the true Cars 2. That World Grand Prix and posse of lemons business is made-for-TV stuff. Should any element feels like they are about to expand the universe, writers Kiel Murray, Bob Peterson and Mike Rich will not include it. The approach is appropriate since “old out, new in” is the theme here; for McQueen to enter the new age he has to let go of certain things, whether they are tangible – like his Rust-eze sponsors, Rusty and Dusty (Tom and Ray Magliozzi) – and otherwise – days when skill determines winning chances and not Natalie Certain (Kerry Washington)’s statistics.

The minimizing serves up poignant parts where Lightning exhibits his newfound ability of self-reflect, which sometimes also doubles as Pixar beautifully paying tribute to Doc Hudson (the late Paul Newman), but it lessens the impact of Jackson as Lightning’s foil and his high-tech ilk as exterminators of racing’s senior figures.

“He’s obviously an impostor. He looks old and broken down. And with flabby tires,” mockingly remarks racer trainer Cruz Ramirez (Cristela Alonzo) straight to Lightning’s face in their first meet. The feisty canary yellow Jaguar-like is the Gunnery Sgt. Herman of high-end Rust-eze Training Center, albeit a firm believer on motivating others through fluffy clouds and car-eobics instead of colorful insults. Overlooking the facility is the silver-tongued suit Sterling (Nathan Fillion) who wishes to see Lightning revives his glory the “Chef Skinner” way: plastered on Rust-eze products.

Perfect doesn’t even begin to describe the casting of Alonzo and Fillion, the former’s passion-laden voice and the latter’s apparent channeling of his Browncoat persona really give their models a scene-chewing ability. Cruz gets to carry out most of the script’s jokes and an expected identity crisis moment – she wanted to be a racer until life intervened – but Fee designs these moments with efficiency in setting and lighting that the vocal performances’ emotions come through first.

As a creator of spectacle, however, Fee does not disappoint. A six-year break between the last installment and this equates to a fantastic tune-up of the cars’ sheen, the environments’ ever-photogenic trait and, most importantly, the cinematography. Cars 3 has a much more engaging, and at times borderline daring, camerawork that sees the velocity breaking the fourth wall and our eyes briefly believing Pixar’s pixels are reality. Look for the destruction derby sequence for a culmination of animation wizardry, hilarity and electricity as Lightning, under the muddy guise of Chester Wipplefilter, whipping around the figure-eight, dodging hyper cars and a crazed school bus (Lea DeLaria).

In Cars 3, variety is to the fun parts while purpose is to the closing. Legacy, as Stirling emphasizes, is important, and in this aspect the film locks down the best kind, one that sees Lightning becoming the truest sense of the word “leader.” Fee may have taken a page from the debut of this universe at this key part, but it is how the character’s arc discovers completion.

Needing an end point, too, is the Cars franchise. Fee has found the perfect spot. Should the returns of this film ignites the idea of “one next ride,” let’s hope Cruz will become real to get Pixar back on track by showing why the studio must push harder than its competitors: originality.

Or maybe a fluffy cloud will suffice.