Movie Review: ‘Brightburn’ is flawed but delivers on its premise enough 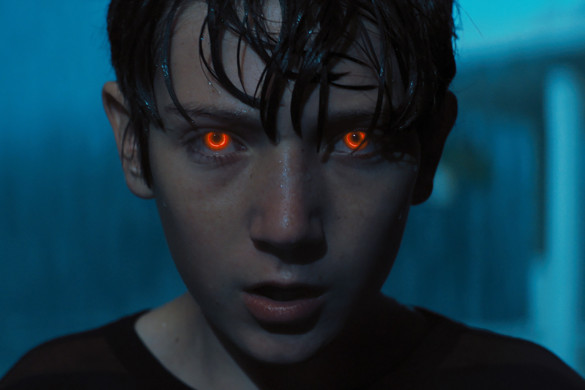 Synopsis: What if a child from another world crash-landed on Earth, but instead of becoming a hero to mankind, he proved to be something far more sinister?

There’s no other way to describe Brightburn than an “evil teenage Superman” movie. Instead of Clark and the Kent family of Smallville, Kansas, we have Brandon and the Breyer family of Brightburn, Kansas. Both families discover an infant in a crash-landed alien ship near their home and decide to raise it as their own. Instead of growing up to be one of the world’s most powerful and good superheroes, Brandon has a more sinister destiny in mind.

I’m still torn about this movie. I definitely enjoyed it more than I thought I would, but it wasn’t as good as I wanted it to be. I wanted more Superman parallels, more references, or inside jokes that comic fans would get. The concept of “evil Superman” is not a new one, but I don’t believe that story has been told in this manner before. I felt like they could have gone a lot deeper with the background, developed Brandon’s alien heritage and personality more. The film definitely suffered from pacing problems and character development. You learn virtually nothing about him other than he’s evil. The story felt a bit rushed. You’re barely introduced to the characters before bad things start happening. It’s also one of those movies where everything interesting was given away in the trailer. I’m extremely annoyed at this trend. I enjoy cheesy action movies, summer blockbusters, and films like that, but they are 100% less fun if you have already seen all the cool bits in the trailer. There must be someone left in Hollywood who can create a decent trailer without giving away the entire movie? There was also heavy advertising around “Visionary director of Guardians of the Galaxy James Gunn’s” involvement in this film, but it looks like the extant of that involvement was to produce, get his brother and cousin to write it, and give a bunch of people who were Ravagers bit parts. I expected more of his style to come through due to his name be plastered on all the advertising, but without the cameos and the name “Gunn” showing up in the credits, I wouldn’t have guessed he was involved.

Even though I had some issues with Brightburn, I actually kind of liked it and look forward to watching it again. Jackson A. Dunn, who plays Brandon, did a pretty good job in his first lead role. I think his performance is my current favorite “creepy kid” role of 2019 (I’ve seen 3 or 4 of these movies so far?). I also liked Elizabeth Banks in this, she plays Brandon’s adoptive mother Tori. I believe this is the first time I’ve seen her in a non-comedic role (I’m not counting Hunger Games as a dramatic role) and she does a good job as the faithful mom, who doesn’t want to believe the worst of her son. Another thing I liked (but others may not) was the profanity ridden dialogue. It seemed natural or like something that I would say if I ran into a preteen evil Superman. There was also an interesting use of color in this movie- especially red whenever Brandon was doing something evil. There is also a hilarious cameo at the very end of the movie, that I took as a jab at the DCEU films. It was a great pick-me-up at the end of a tense and gory movie.

Overall, Brightburn is better than expected, but still flawed. I don’t think it deserves all the negativity it’s getting, and I think it will gain more fans on home release. I wish they had developed Brandon’s character more, but Jackson A. Dunn does a decent job with what he was given to work with. It may be a bit gory and filled with bad language for some, but if you are interested in a take on “evil teenage superman” I suggest giving Brightburn a try.