Movie Review (GFF): ‘Apples’ is Another Strong Film This Year About Memory Loss 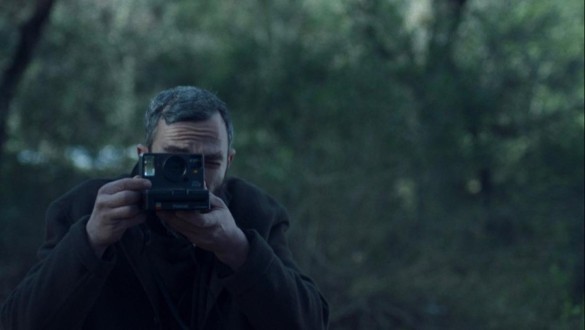 I want to start this review by pointing out that this is a directorial debut from Christos Nikou. Nikou has already found a distinctive voice within his work, and one that feels inspired by the works of Yorgos Lanthimos. However, Niko finds a balance of influence and individuality as this film works as itself and has its own distinct voice within it, a strong accomplishment for a directorial debut.

The concept of the film is fantastic, as it focuses on a man who is suffering from memory loss. This past year has provided us with some great films that deal with the subject matter, particularly Dick Johnson is Dead and The Father. It is a subject matter that should be talked about more in the media, and I am glad these filmmakers are telling these stories. Not only is it informative, but it allows for some great narrative moments and visuals to be used to help bring the stories to life.

The story works incredibly well, and that is also down to the fantastic leading performance from Aris Servetalis. Playing a character that goes through the stages of memory loss and having to re-build those memories, Servetalis is incredibly convincing. This is a film that rides solely on our leading character and his journey, so to have such a strong performance makes the rest of the film compelling.

Even with the direction style that Nikou takes, there is plenty of room for the narrative to pack emotion. This is a tough subject matter and the fun elements of the story help lighten the mood and make the film an enjoyable watch. However, when the film has something to say, it makes sure to say it. There are numerous moments within the main storyline that touch upon the importance of making and storing memories and these sequences are so beautifully handled. One scene that simply has our leading character bond with a girl over them both taking photographs is so simply done, but adds a nice touch to the narrative.

Certain storylines could have been expanded on, as the story does feel quite simple at times. Whilst this is very much a journey about one man and how he handles his loss of memory, it would have been nice to explore beyond that and to see the real development of the new friendships and connections he makes. Everything just feels locked into this one secular moment in time and leaves with little impact outside of that, despite how big the topic is and how much it can branch-off and impact many other people in someone’s life who suffers from this.

Not only that, but I feel like the film missed an opportunity to make an impact with its finale. The ending feels quite anticlimactic considering the subject matter and the events that occur throughout the film. It would have made the film just that little bit stronger if the film gave itself more time to add further ideas, talk more about the memory loss aspects of the story, and to create an ending that led to a natural and satisfying resolution, instead of the empty feeling that comes from it.

Even with the things that didn’t work as well for me, there is no denying that this is a very strong debut from Nikou. In what is one of the best posters of the year, it ends up revealing a lot more about the premise of the film whilst keeping the same quirky tones throughout. This is a distinct new voice within the film industry and I certainly cannot wait to see what he does next.