Movie Review: ‘American Made’ makes for an entertaining experience 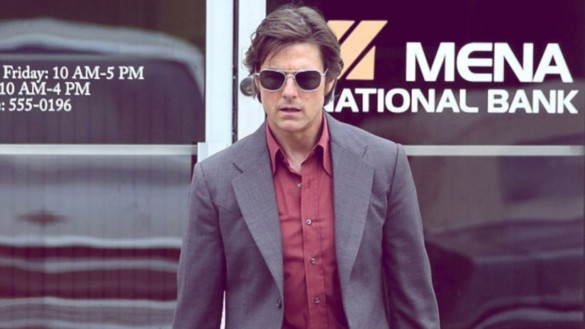 Synopsis: A pilot lands work for the CIA and as a drug runner in the south during the 1980s.

American Made is the new film from Doug Liman, the director of The Bourne Identity and Edge of Tomorrow. It tells the story of Barry Seal, an ex-TWA pilot turned drug smuggler during the early 80s. Seal was cornered by CIA and offered a business (called International Air Couriers – not the most helpful acronym) which was a cover for delivering guns to the anti-communist rebels currently fighting in several central American countries. Unable to make a decent money doing this dangerous work he falls into cahoots with the Medellín cartel and begins shipping drugs back to the US, avoiding the attentions of the Customs agents thanks to the support of the CIA.

Tom Cruise plays Barry Seal as a morally ambiguous, always optimistic, adventurer, despite the real Seal looking like a linebacker – more Tom Arnold than Tom Cruise. The film is a lively, constantly entertaining flick that avoid much of the more dubious parts of the tale (much of the guns supplied by Seal were used by Escobar to murder hundreds of people back in Medellín and Seal chose to be a drug smuggler) – make no mistake this is not Narcos. However the film contains an utterly winning performance from Cruise and a decent sleazeball numbnuts performance from Dominhall Gleeson as Seal’s CIA handler, Schaefer. The rest of the cast are all fine, they just blend into the background and get lost in the Seal story.

Likewise Liman’s direction is slick and nifty, but nothing special. The story is very interesting, and well told, but it isn’t anything you’ve not seen before. There are some very fine flying stunts and photography, and the sense of the 1980s drips from every frame through the use of retro studio logos, multiple different video stocks.

American Made is a lightweight flick but well worth a look for a good story told well, and deploying its star’s megawatt charisma to great effect. The film doesn’t do much to further the cause of cinema, however it is heartily recommended for a great night out.