Movie Review: ‘All I See is You’ is a gorgeous, thrill-deficit psychosexual thriller 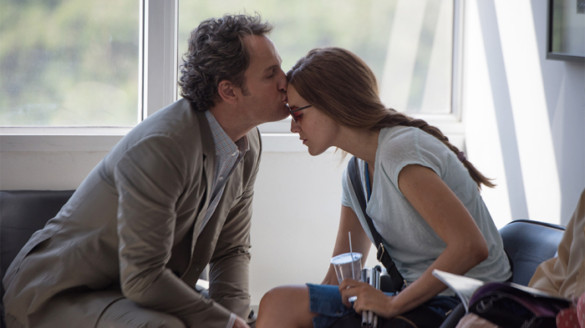 Synopsis: A blind woman’s relationship with her husband changes when she regains her sight and discovers disturbing details about themselves.

With all the stylistic elements in that opening love-making scene alone, director Marc Forster shows that he’s “home,” free from the constraints inherent in helming large-scale productions like World War Z and Quantum of Solace. And that is both a blessing and a curse in All I See is You.

Warping, upside-down, slo-mo and snippets of a Michelangelo-esque, um, orgy, it seems like visual overkill—only if the protagonist isn’t blind. Gina (Blake Lively), however, is; her sight gone after a car accident when young and is now wholly dependent on husband James (Jason Clarke) and her imagination. She uses more of the latter, an act which Forster and d.o.p. Matthias Koenigwieser take advantage of to continually hand out luscious bon-bons for the optics. The ways the world interacts with Gina are downright striking throughout, regardless if their design is simple— faintly colored waves of sounds piercing Gina’s milky vision—or less so—laps in a public pool become an endless swim in a dreamy ocean.

Even when Gina gets to see again, the result of an experimental treatment headed by Doctor Hughes (Danny Huston), the direction remains visual-driven. Sights are now less ethereal, and in their stead are vertiginous overhead shots highlighting the literal bigger picture that Gina remains foreign to. Therein lies the problem, however, as All I See is You’s commitment to be scenic reflects its forgetfulness to be thrilling.

That’s a shame since TIFF categorizes the film as a thriller. The script from Forster and Ray Donovan’s Sean Conway certainly fits the mold— inspecting a couple’s breakdown when mystique is gone and absent is the need for the other person—and yet it unfolds as if sedated. The pages seem to make room for storms when Gina, who hates being treated like an impaired soul by James, has a habit of reducing him to a nincompoop (especially regarding sex), but all are vague breezes when translated into sights to see. Perhaps that is why there is a one-year gap between the film’s release date and its premiere at festival.

And right when the tame interpersonal matters show a much-needed sign of bubbling, the film turns off the heat by introducing Gina’s sister (Ahna O’ Reilly) and her over-energized husband (Miquel Fernández). While their presence adds another layer to Gina’s unfulfilled need for graphic intimacy, this subplot is ultimately resolved with a barely-there whimper that fails to justify its inclusion. One can think the same of James’ continual revisits of a botched BDSM session on a night train. In Forster’s eyes, however, these moments are opportunities to introduce more beautiful scenery, to satisfy the inner visualist. Viewers, meanwhile, need him to focus on the story.

Slightly wasted then are the players, particularly Lively and Clarke who display believable chemistry. Lively’s sultry turn here adds another special note to her post-Gossip Girl filmography; Gina is magnetic—always—at a new low due to her weakened sight or at a damaging high from wanting her life to look like others’. The actress is also why we stay seated even when the film abruptly locks itself in an operatic trance to wrap things up after drowning in slowness for two-thirds of its runtime. There, though, (and again) does Forster find “more style” as the reason to push on, which to us reflects his blindness to what makes All I See is You truly functional.