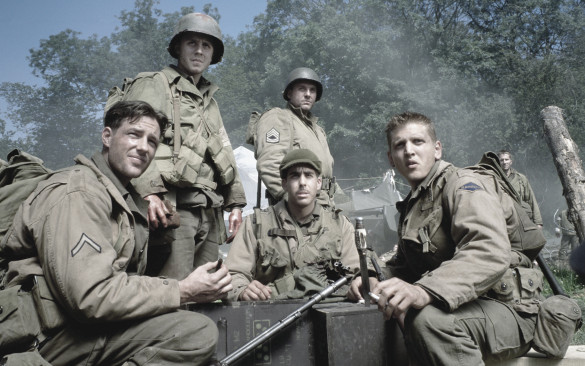 This weekend on the InSession Film Podcast, we will be reviewing Lone Survivor, which is an incredible film based on a failed U.S. Navy mission in Afghanistan back in 2006. And while we can’t wait to review that film, we thought in the meantime it’d be appropriate to see what other U.S. based war films you like. So for this week’s poll question, we want to know what’s your favorite U.S war movie?

There are a lot of great films that fit this genre and while some may feel it’s propaganda, we tend to lean more toward awesome action movies or dramas. And because war itself is awful and devastating, it leads to some spectacular stories that is worthy of a film, which has been the case over the years. The courage and heart it takes to go through it, is something that most people will never know. It’s that kind of thinking that matters with these films, not what you think the politics may be.

So that being said, what’s your favorite U.S. war movie?