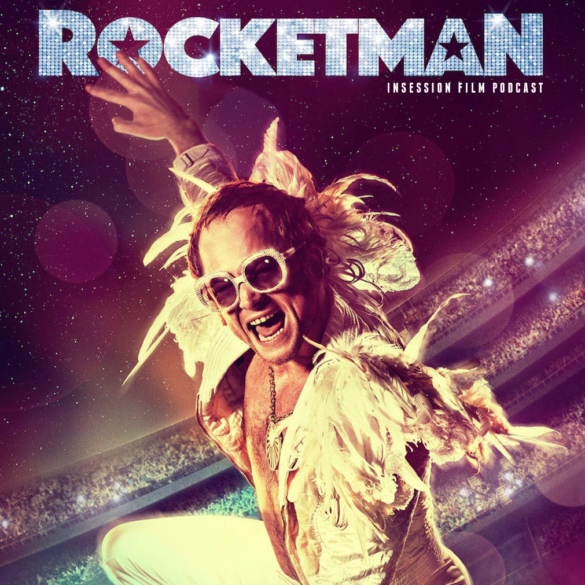 This week on the InSession Film Podcast: Extra Film segment, Ryan and Jay discuss the musical bio-pic Rocketman and the Netflix Rom-Com, Always Be My Maybe.

Off of the success of last year’s Bohemian Rhapsody, the musical bio-pic seems to be having a resurgence in the film world. While that film was met with a lot of criticism, Rocketman has been met with a lot of praise coming out of France from the Cannes Film Festival. On top of that, Ryan is a huge Elton John fan so it made for a really fun discussion over the life of Elton John.

Then, Ryan and Jay review Always Be My Maybe, a Netflix romantic comedy that has garnered a lot of buzz. While the genre of romantic comedies has seem to become very scarce over the last couple of years, the guys were interested in seeing this film based on the stars behind the film in Ali Wong and Randall Park. And with it being almost a year since the Extra Film guys first came on the podcast, it only seemed fitting that they review this film, considering one of the first films that was released and reviewed on the show when they came on was Set It Up, another romantic comedy from Netflix.