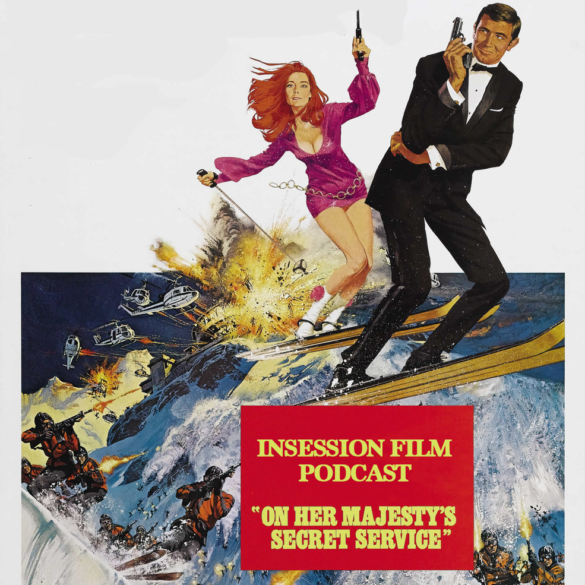 This week on the InSession Film Podcast: Extra Film segment, Jay and Ryan vehemently disagree on a pair of films. The Bond series continues with On Her Majesty’s Secret Service and the VOD film, Buffaloed, gets a spotlight shown on it as Dumpuary finally inches to a close.

On Her Majesty’s Secret Service is, perhaps, the most divisive of all the Bond films, so it makes sense that the guys have very different opinions on the film. It is the only film that features George Lazenby as James Bond and the first film to really explore the cost of violence in the world of 007. The more artful version of the universe works for some, but many fans can’t get over Lazenby’s take on the character and the longer, more patient movie. The disagreement makes for a very entertaining discussion!

Then Jay and Ryan discuss Buffaloed, a Zoey Deutch vehicle about the crooked world of debt collection. It has been a bit of a critical hidden gem early in the year, getting praise for its style and performances, but, once again, opinions are split on InSession Film. Listen to find out who is on each side!