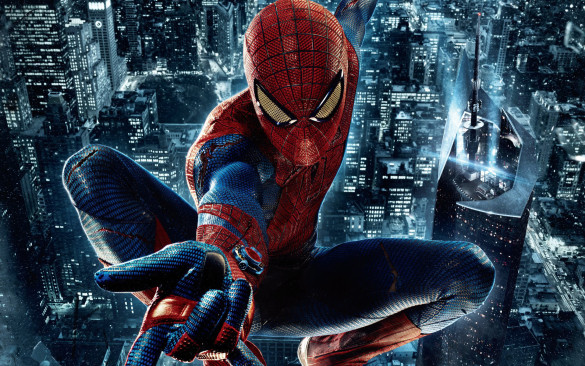 “CULVER CITY, Calif., June 17, 2013 – With Sony Pictures Entertainment now in production in New York on The Amazing Spider-Man™ 2, slated for release on May 2, 2014, the studio is planting its flag on two future release dates for one of the most successful franchises in studio history, it was announced today by Jeff Blake, Chairman, Worldwide Marketing and Distribution for Sony Pictures. The next two films in the story of Peter Parker will be released on June 10, 2016, and on May 4, 2018, respectively.

Commenting on the announcement, Blake said, “Spider-Man is our most important, most successful, and most beloved franchise, so we’re thrilled that we are in a position to lock in these prime release dates over the next five years.”

The Amazing Spider-Man 2 is directed by Marc Webb from a screenplay by Alex Kurtzman & Roberto Orci & Jeff Pinkner, with a previous draft by James Vanderbilt, and based on the Marvel Comic Book by Stan Lee and Steve Ditko. Avi Arad and Matt Tolmach are the producers. The executive producers are E. Bennett Walsh, Stan Lee, Alex Kurtzman, and Roberto Orci.

The Amazing Spider-Man took in over $750 million at the worldwide box office last year.”

Why Sony felt like we need to care about these films already is beyond me but I guess they are expecting us too given that they are already going for four films. That being said, I did enjoy the first film in the Spider-Man reboot but I felt like it was split down the middle in terms of reaction, much like this year’s Man of Steel. I’m not sure if having four films on the docket already is a good idea but if the money keeps rolling in, why not?

What are your thoughts on this? Good idea? Let us know in the comments below!