More Than Dinos: Why ‘Jurassic World’ Makes You Think 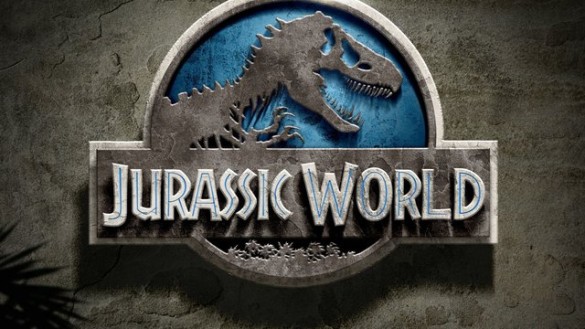 Currently, Jurassic World is destroying the box office like a T-Rex devouring the soft underbelly of a Triceratops – and for good reason. World is easily the best film since the original hit theaters in 1993, and while it isn’t perfect, it does quite a bit well.

Let’s begin with a different dino. Gareth Edward’s Godzilla brought the King of Monsters back to his roots, filling the movie with subplots regarding the nature of man, and the nature of well… nature. One of the best lines in the film comes from Ken Watanabe’s Dr. Serizawa, who dropped this knowledge bomb: “The arrogance of man is thinking nature is in our control, and not the other way around.”

The reason I bring this up (besides my unabashed love for Zilla), is because World hits on this very same topic. If you’re one of the few that hasn’t seen it yet, the basic premise goes something like this:

Years after the events surrounding Jurassic Park, Isla Nebular now boasts a fully functional dinosaur theme park. But, with attendance rates declining, the owner of the park, Simon Masrani (played by Irrfan Khan) urges geneticists to create a bigger, badder, scarier dinosaur. Dr. Henry Wu (played by B.D. Wong) along with his team, creates the Indominus Rex. While Wong keeps the exact DNA combination a secret, Indominus is a highly intelligent killing machine. It escapes its enclosure, and wreaks havoc upon the park. It’s up to Owen Grady (Chris Pratt) and Claire Dearing (Bryce Dallas Howard) to stop the Indominus, and foil the plan of Vic Hoskins (Vincent D’Onorfrio) who essentially wants to use dinosaurs as mercenaries.

World could’ve been successful solely as a monster movie. Indominus is truly scary, and the film consistently puts you on the edge of your seat. At first, there’s certainly a slow burn to World, but once the dino action starts, it doesn’t stop. But, what truly makes this movie stand out is its aforementioned social commentary.

It’s a tough mix. Cloverfield tried to blend post 9/11 imagery with a monster attack in New York, and it failed to really deliver (although one could argue that it was ultimately undone with the decision to use the shaky cam/found footage style). Pacific Rim attempted to project the cost of war and nationalism, pitted against the background of massive aliens, and it also fell a little short (although, again, one could argue that the plot was spread a little too thin intentionally). Godzilla focused on man attempting to control literally everything on the planet, only to be shown that the force of nature is one we can never defeat or control. I really enjoyed Godzilla (for that matter, I liked Cloverfield and Pacific Rim, too), but the problem was that it focused too much on its grander scheme, and not enough on the titular monster. In fact, Zilla is only in about 10 minutes of his own movie.

World doesn’t have this problem. While Indominus stays hidden early, it’s the perfect amount of time – just enough to create an aura of fear and mystery. But, the film also creates an incredible feeling of joy and magic. Being sucked into the theme park made me feel like a kid in a candy store. I was grinning along with tourists as they rode on the backs of baby Triceratopses, or when riding through herds of pachyderms in the gyrosphere. Those moments of happiness made it all the more unnerving once Indominus was on the loose.

And make no mistake – Indominus is really, really scary. It makes the T-Rex look like a teddy bear (a teddy bear with a big head and little arms).

It all started with the marketing. Indominus was being hyped as a monster, not a character. The first promo images look like something from a horror movie, not a sci-fi summer blockbuster. And it certainly acts as such. Indominus is ruthless from the beginning, even tricking the guards to enter her cage so she can devour them. It goes on to kill a herd of Brontosauruses (in perhaps the best and heart-wrenching scene of the film) for sport, and bites the head off an Ankylosaurus, just because it can. 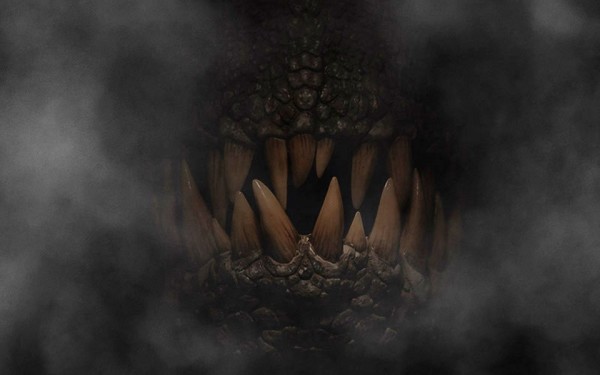 But what makes Indominus all the more scary is that it’s essentially the animal kingdom version of Frankenstein. Humans made it. We made it. We created a monster because our consumeristic culture changed us to the point where even dinosaurs weren’t cool anymore. They were a novelty – the kind of thing that’s no more exciting than seeing a monkey at the zoo. Early portions of the film featured large companies in a bidding war over the sponsorship for Indominus (it was eventually won by Verizon. “Verizon Wireless presents the Indominus Rex”). We, as a race, have a tendency to be extremely shortsighted, and extremely impatient. These are things that we largely like to believe that we grow out of, but that’s not really true. The culture that’s been fostered by the growth and success of the internet make us nearly insatiable. Want to buy something? Right to Amazon or eBay. Want to figure out who won the 1912 World Series? Right to Google. Want to know the up-to-the-minute reports on the stock market? Right to your preferred news outlet. There’s literally nothing that isn’t right at our fingertips – and that’s made us more impatient than ever.

Have you ever had to click on the second page of a Google search? Pisses you right off, doesn’t it? What about waiting for your Wi-Fi to connect? Geesh, what are we in, the Stone Age? Those feelings… that’s what Indominus represents. It is the literal manifestation of our arrogance, our impatience, our greed, and our sin.

This metaphor makes the final showdown all the more cool. The T-Rex and Indominus Rex battle is the best five minutes or so of any movie I’ve seen this year. Sure, at face value the fight awesome (I mean, it’s dinosaurs fighting each other), but it’s so much deeper than that.

It’s all of the bad within us against nature. Nature isn’t good or evil, it simply exists. It makes the T-Rex the unlikely hero, and seeing him stand tall at the end of the film was moving on a level that I certainly didn’t expect.

But, World was more than symbolism and CGI dinosaurs.

The cast was perfect, especially Chris Pratt as the lead. If there was any doubt that he couldn’t be a superstar after Guardians of the Galaxy, then it must be gone now. Based purely off his own charm and charisma, his character became not only watchable, but likable. Owen is a character that is so quintessentially macho (he even refers to himself as an “alpha”) that it would get nauseating quickly, but Pratt is just too good.

D’Onorfrio was very strong as Hoskins (although not quite as good as his performance of Kingpin in Daredevil) – he’s the kind of guy that you just love to hate, which makes his demise incredibly satisfying. And Bryce Dallas Howard brings the perfect blend of strength and sexiness to the screen. Seeing her go from terse and stern to lovable and cute was as enjoyable as any other aspect of the film.

Unfortunately though, World didn’t do everything right.

One of the biggest oddities is that the entire set-up of the film stresses how people aren’t excited about dinosaurs anymore, yet the ENTIRE park is filled with happy customers (21,000 happy customers, to be exact). I can only assume that they’re at Isla Nebular because there are friggin’ DINOSAURS there. It managed to take away from the story, because at numerous times I found myself thinking, “Man, it’s really weird that there are so many people there right now.” I don’t think this would’ve happened had they not spent the first 35 minutes or so stressing how nonplus we’ve become about millions of years old giant lizards.

But the plot holes didn’t end there. Zach and Gray (the two kids that are necessary in every Jurassic film), are presumably sent to the park so that their parents (played by Judy Greer and Andy Buckley) can go and get divorced. Gray breaks down in tears telling Zach about their parents’ plans, and at one point Greer is seen at what looks to be her divorce arbitration. Despite the fact that this would be unbelievable jarring for the kids, it also goes unaddressed in the third act of the film. Sure, the kids are nearly eaten by a genetically enhanced killing machine, and both parents fly all the way to Costa Rica to pick them up – but what happened? Did the split up, and now on the flight home have to explain that daddy will only be seen every other week? Or did the stress of the disaster reignite their love? I suppose we’ll never really know.

The final hole regards Chris Pratt’s Owen Grady. Grady was hired by the park to train and work with the velociraptors – yet it suddenly becomes his job to investigate the security of the Indominus Rex paddock. He is selected by Masrani, who is adamant that Grady inspect all the aspects of the cage/containment area. Clearly, this only happened because A) we needed to see that he and Claire once had some sort of fling, and B) our hero and villain must face off. Honestly, this is a minor thing, but it’s the little things that hold World back.

Still, at the end of the day, World provides an unbelievably wild and fun ride. It’s the quintessential summer movie, partially capturing the lightning in a bottle that Spielberg did over 20 years ago. And while it certainly isn’t a movie that will be mentioned during award season, it does provide a strong (and slightly) dark commentary on the nature of man.

If you haven’t already, go and check out Jurassic World.

Nate Cunningham is a contributor for InSession Film and Up All Night News. Follow him on twitter @NW_Cunningham