More Star Trek Into Darkness posters are here featuring Zachary Quinto’s Spock, Benedict Cumberbatch’s John Harrison and Zoe Saldana’s Uhura. I particularly like the Spock one with the pose and the fire. 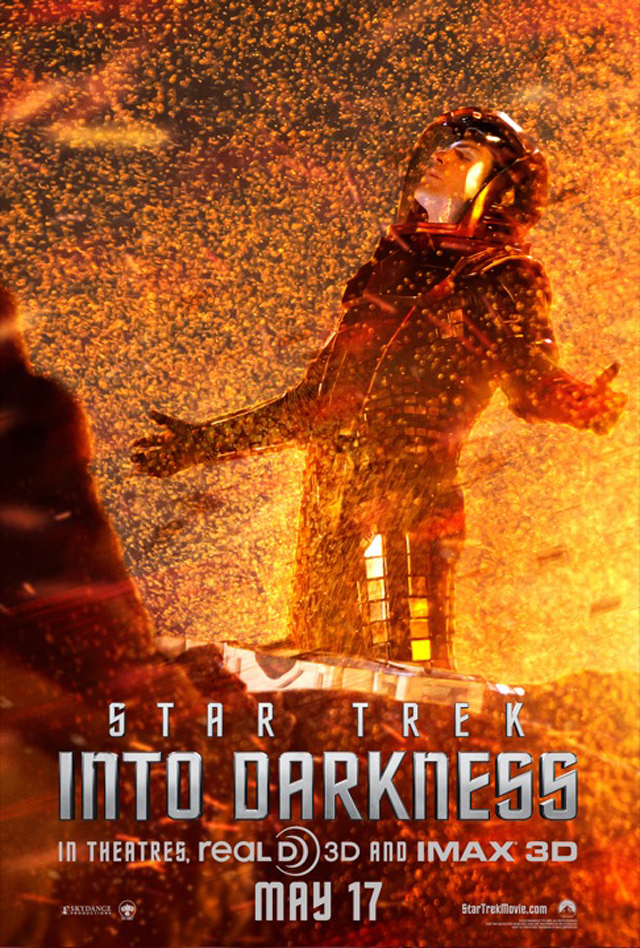 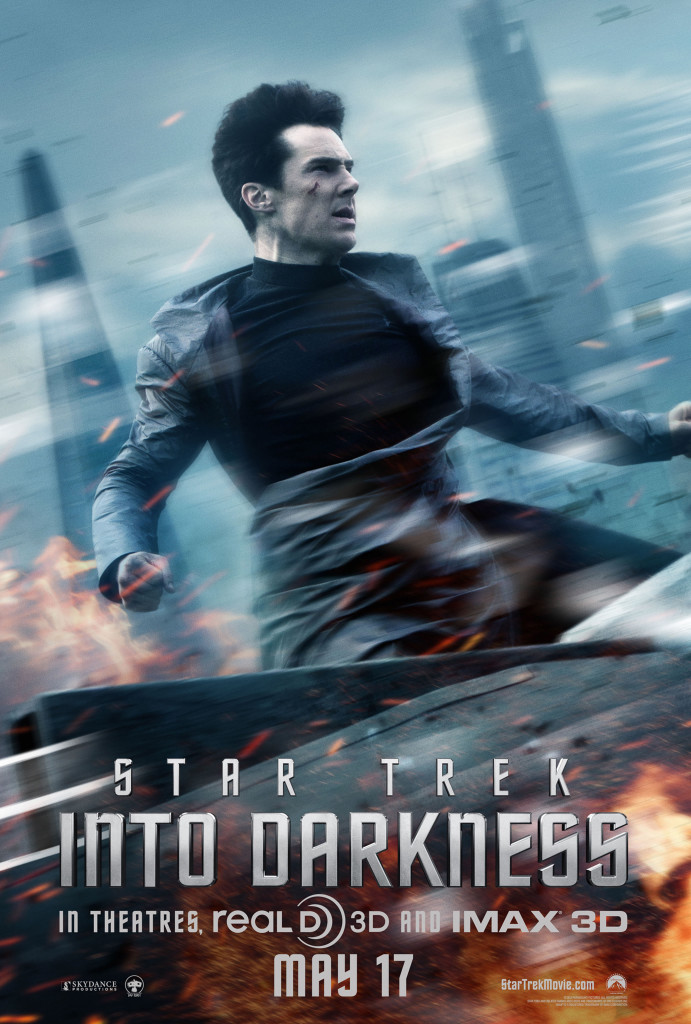 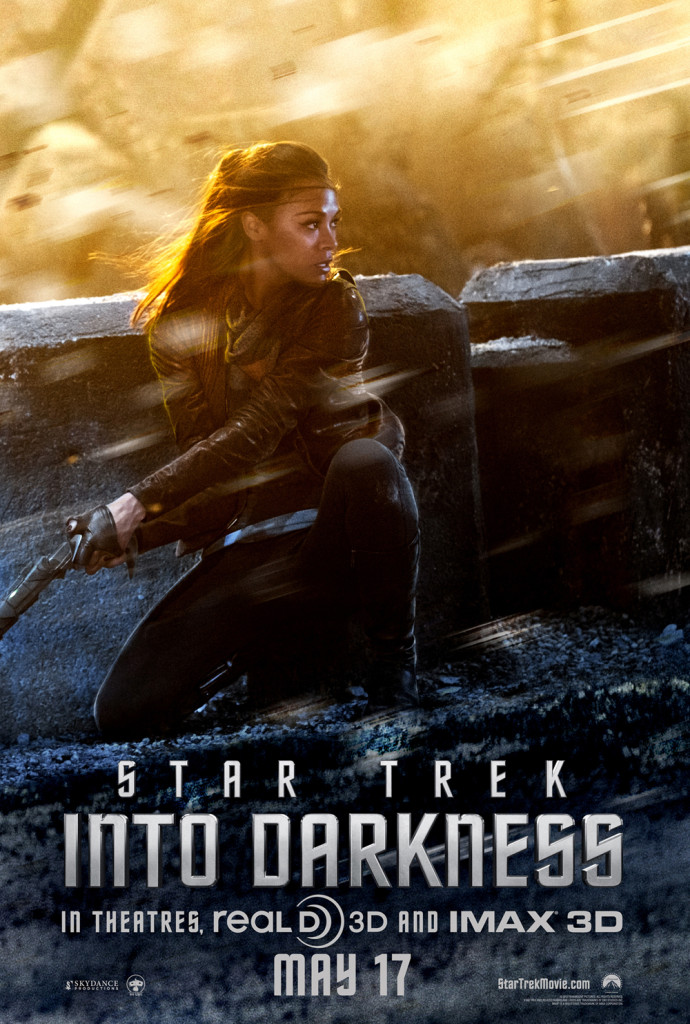 And if the posters weren’t cool enough, we also got our first listen to Michael Giacchino’s score. The composer was recently in Switzerland for the Star Trek Live to Projection event and showed off the villain’s theme for Star Trek Into Darkness. The score for the first Star Trek was amazing, which is the norm for the combo of J.J. Abrams and Giacchino, so I’m really looking forward to the score in this.

Star Trek Into Darkness comes out on May 17.