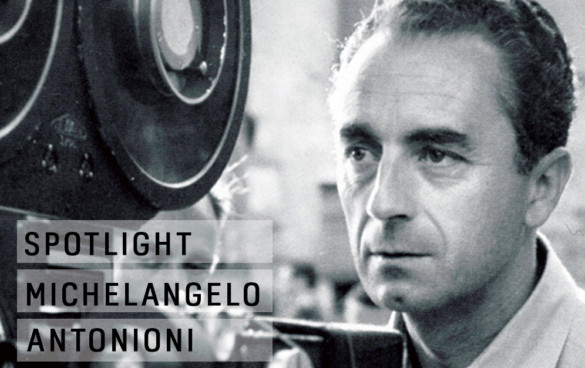 While Federico Fellini, Roberto Rossellini, and Vittorio De Seca are the first names peoples think of in Italian cinema, another director is a major influence, presenting a more open narrative where we flow with the story and nothing is tied up at the end. For this Italian auteur, he was an intellectual who wanted the audience to focus on what they see rather than what they hear and feel in the story and characters. The story and what our protagonist does was secondary to Antonioni and chose the narrative to be away from the postwar acceptance of what life is and instead examine the emptiness people still felt in their lives. He opposed the traditional storylines with a resolution at the end and proper actions to drive the story. Instead, he emphasized the visual, being ambiguous, and keep the constant theme of modern alienation from society.

Quadrilogy Of Modernity And Its Discontents

He had a few movies in the 1950s but did not have his breakthrough until 1960 with L’Avventura, followed by La Notte and L’Eclisse. The first film deals with the disappearance of a young woman from a boating vacation and the search by her lover and her best friend. Spoiler alert: she is never found. It doesn’t mean she died, but, as time progresses, the feelings of her welfare turn into the romantic tension between the man and woman. Instead of a mystery of what happened to the woman, we have to be invested in the consciousness that befalls the others and their love. This was the first of four movies featuring Antonioni’s lover, Monica Vitti, playing the best friend who cannot understand why she is falling in love with her best friend’s lover, but yet sees it as the only way to move forward. There is no moralism being presented nor do they care; it is part of Antonioni’s own personal ideology as a Marxist, even though this and his later films were never political ones.

In La Notte, a writer and his wife, feeling distant, spend a whole night at their upper-class parties meeting others, restraining their ambitions, and letting everyone else guide them into their space and thus filling their voids. Do Giovanni (Marcello Mastroianni) and Lidia (Jeanne Moreau) still love each other at the end? It is up to one’s interpretation when the sun rises after. Finally, in L’eclisse, Monica Vitti plays a woman, unhappy with her lover, who gets into another relationship with a new man. It didn’t matter that traditional narrative was blown off for a free-flowing style that had no real ending; there is no climax to the movie, just an absence of people. The last Vitti/Antonioni collaboration was his first in color, Red Desert, in which Vitti plays the wife of an industrialist who is isolated from him and his work while surrounded by the wasteland that is an industrial section made to look beautiful. The red and green is a facade over the towering machinery is in contrast to the historical, romantic side of Italy; a hidden political condemnation by Antonioni of what post-war Italy, twenty years removed, has become.

In The English Language

The back end of Antonioni’s notable catalog started when he crossed over to London’s Swinging Sixties with Blow-Up. A fashion photographer (David Hemmings) accidentally stumbles upon a murder in progress and is chased down by presumably a conspirator in the killing (Vanessa Redgrave). The photographer becomes paranoid as he proceeds to hunt down the exact reason for the murder while strolling through a rock-and-jazz London courtesy of Herbie Hancock’s score and an appearance by The Yardbirds with Jimmy Page (of future Led Zeppelin fame) and Jeff Beck. It’s a murder mystery without the police and without a proper resolution, quietly done and without the violence. There is fashion, avant-garde performances from mimes, and sexual frolic.

His follow up, Zabriskie Point is set in Death Valley in the midst of the counterculture’s high point in ’68-’69 when student strikes were common and a student wonders his way into the desert where he meets a young, free-spirited woman. The film was a flop and critically dismissed, but it has since been reassessed as an external film from traditional American cinema of the times. The Passenger features Jack Nicholson as a reporter who takes over the identity of a dead man who turns out to be a mercenary to follow a story in the African desert. Soon, he blurs his real identity with the mercenary to the point where, in the end, he is identified as the mercenary’s name. While there is more of an ending with the last two films, linking to traditional American storylines, Antonioni still leaves behind some questions unanswered for our interpretation.

His career faded in the 1980s with Identification Of A Woman being the last acclaimed work from critics. Antonioni received the Honorary Oscar in 1994 for, “recognition of his place as one of the cinema’s master visual stylists,” and died on 30 July 2007, the same exact day of another legendary auteur, Ingmar Bergman. Antonioni was praised by critic David Bordwell for allowing art films to be open-ended and encouraged future filmmakers to make similar bold works. However, his contemporaries like Bergman and Orson Welles found his work boring for his consistent long takes and longing on something with no meaning. But that is the beauty of Antonioni, you don’t need a full answer to what he is showing you because sometimes we don’t get an answer to something we see in real life. He writes about people and the gaps between them, especially the lonely ones who want to go somewhere. And sometimes, viewers were taken into isolation, where there is no escapism for a happy ending.