I’ve watched more movies in 2021 than I have any other year, and I couldn’t be more excited to explore all the different varieties that I was able to discover. Because of the large amount that I saw relative to years previous, I felt like this year I was really able to define my taste in what I enjoyed and why I liked certain pieces of media. It became more clear to me what makes a movie objectively “good”, and what makes it enjoyable for me to watch, and I’m so excited that I’m able to share my list this year of my top 10 favorite movies from 2021. 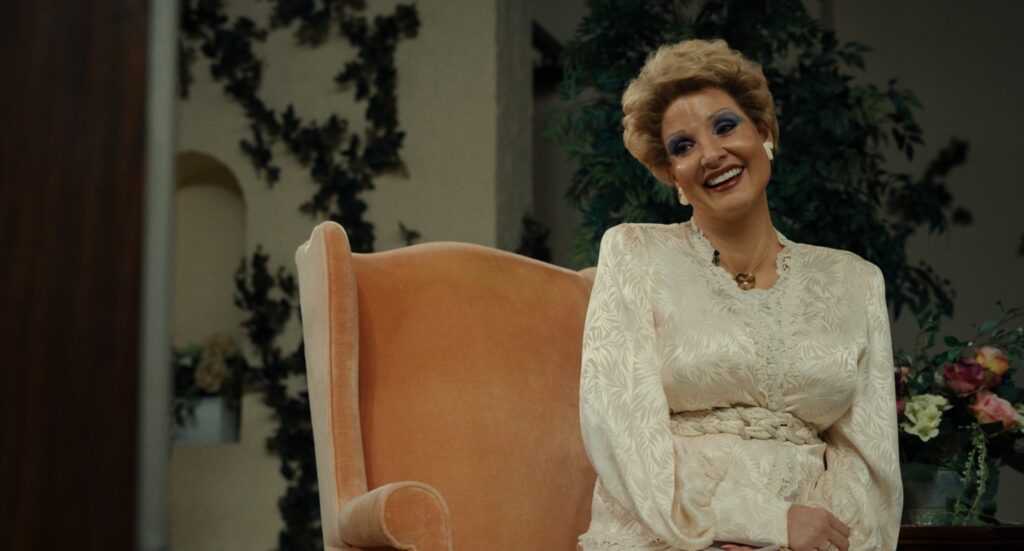 Only making a small splash at the box office, The Eyes of Tammy Faye moved me incredibly because of Jessica Chastain’s transformative performance, and the powerful commentary about religion, capitalism, and greed. Chastain as Tammy Faye portrays a morally grey character as someone filled with so much brightness and joy and genuinely believes what she’s doing is good, contrasted with what we, the audience, know are disgustingly selfish and offensive acts. Chastain delivers such a powerhouse performance that’s grounded and emotional while staying campy and entertaining to watch.

In most senses, I actually hate this movie. Watching Danielle (Rachel Sonnett) interact with her family is almost unbearable to see. They push her around (literally), pull her arms, talk about her weight, criticize her eating, question her career choices, and pressure her into a myriad of uncomfortable situations. Set at a shiva in a tiny house, the amount of people surrounding her and desperate for any escape is suffocating. It reminds me so much about how I often feel when I go to my own family functions (and reminds me why I avoid my family), which is why it’s so amazing. It’s incredibly relatable, and it’s comforting to see that maybe I’m not the only person who dreads going to family functions. 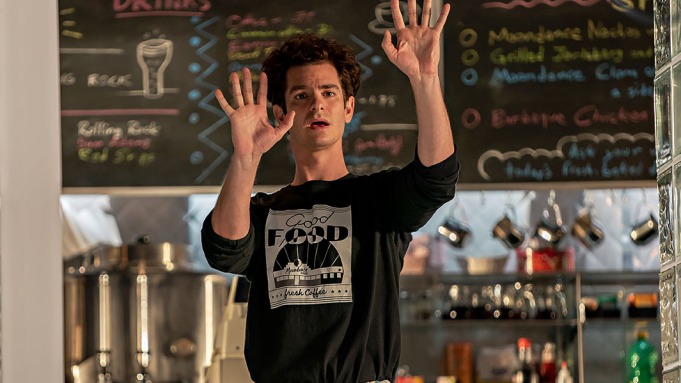 As a former theatre person, this film hits all the right points exactly as it needs to. I ended up quitting theatre (ironically after I had already received my degree in it) because of how difficult it was to sustain a real career in it. Andrew Garfield is able to teeter the line of the struggles of being a creative without ever stepping into the cliche of the tortured artist. As Lin-Manuel Miranda’s directorial debut, he wisely frames the story as semi-biographical. The framing device is able to enhance and benefit the story by putting songs side by side to the events they’re depicting in both comedic and dramatic senses, and it centers on the heart of the musical, Jonathan Larson. 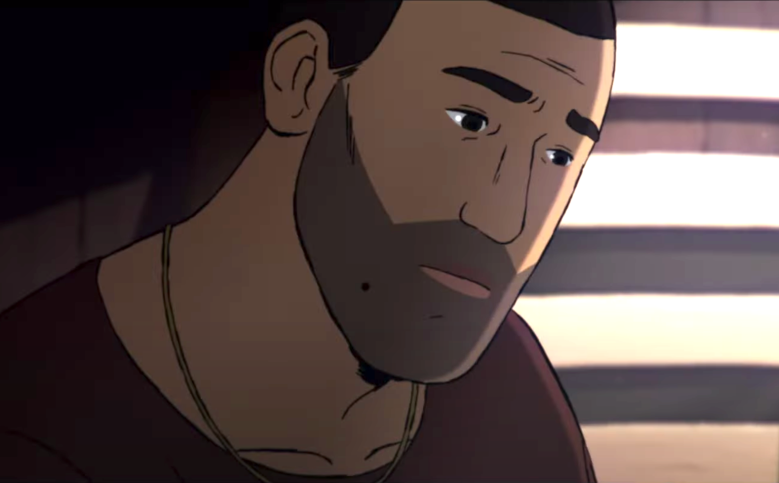 I’m a huge fan of animation. I often find it frustrating when the medium is only regulated to children’s content, so it’s always refreshing when there’s a piece that uses it in a creative and artistic sense to tell mature stories. I couldn’t be more excited when I heard about Flee, which combined the medium with the documentary genre, making an incredibly rare and beautiful film. I was drawn to the material of the documentary as well, about a gay refugee recounting his experience fleeing his home country. I have the privilege of living in a country where I’m not persecuted for my sexuality, and I believe it’s important to learn more about those who do not and try to better understand their experience. It was incredibly moving and heartbreaking, and the animation made the documentary aspect of the film come to life, compared to feeling as if it was merely an interview. 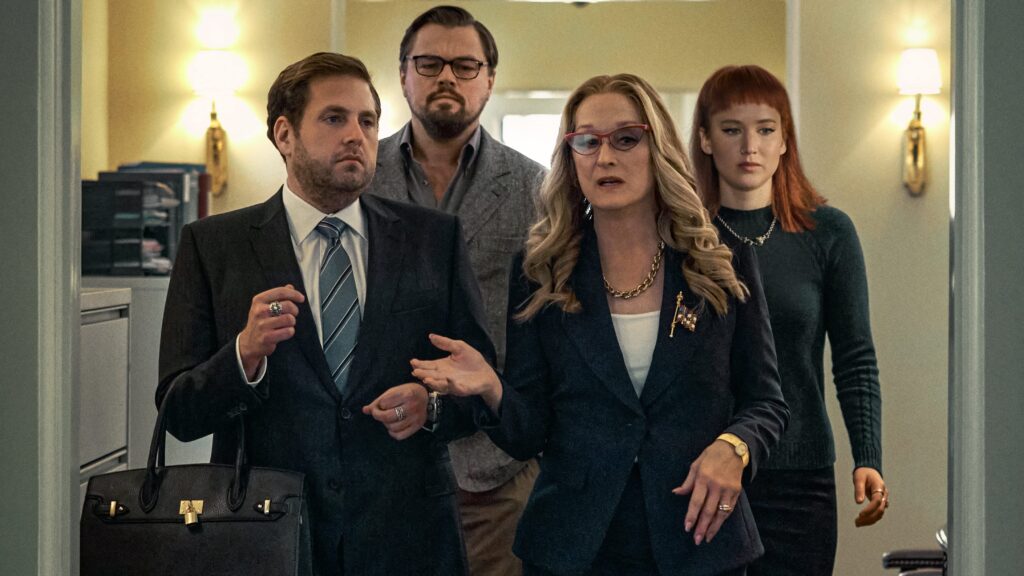 Adam McKay is an incredibly divisive filmmaker, but I usually fall on the side of loving his work. I was a fan of the political commentary that Vice was making, and I thought the satire and comedy created an absurd and fun watch. I was looking forward to Don’t Look Up because of the cast, and the general vague plot description. A lot of criticism has been thrown towards this film for being too obvious, but I thought the point McKay was trying to make was incredibly effective, and it was nice to see the craziness of the world we’re living in portrayed as how it actually feels to live in it; often frustrating but usually ridiculous at how oblivious and indifferent most people are. I could continue watching this film over and over again, and I find it hilarious every single time. 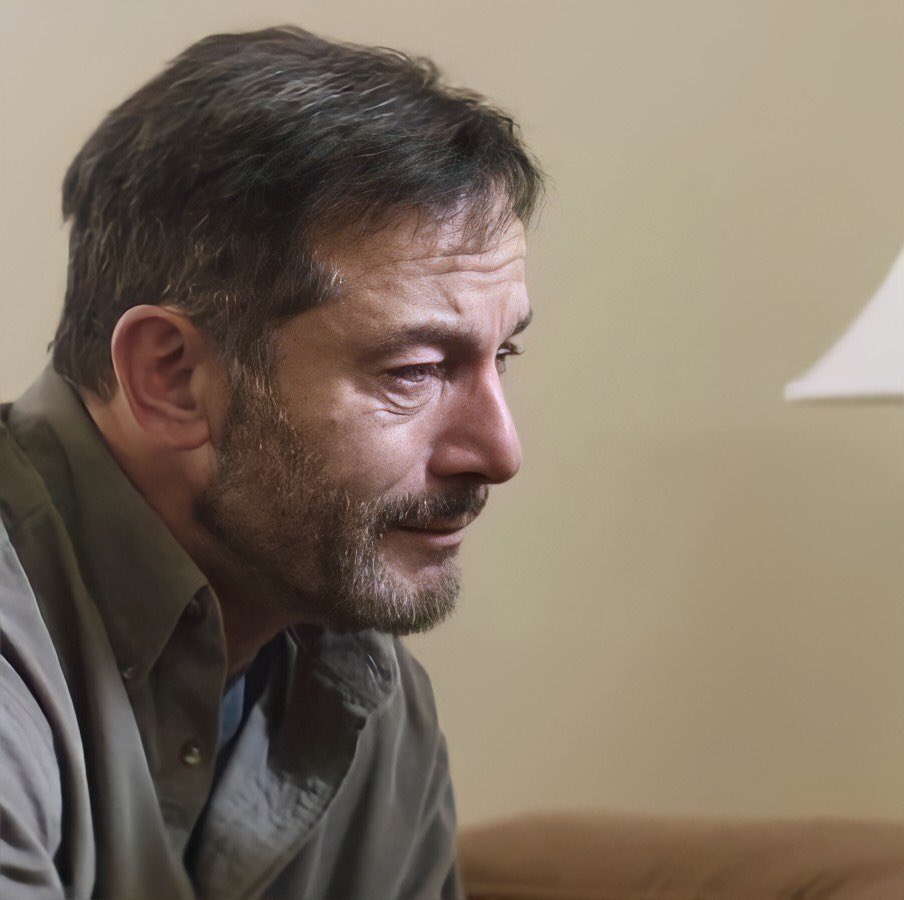 The emotional premise combined with the incredibly poignant and relevant political commentary of the film is great enough, but it’s the performances that really elevate this film. Originally written to be a one act play, the film forces the characters into one room for a brutal conversation for its hour and a half runtime. All four members of the ensemble cast are stellar in their roles and the performances they deliver, with each one having at least one moment that will prove to you how incredible they all are. Ann Dowd and Martha Plimpton are definitely the stars of this film, and I can’t remember the last time I cried so many times in such a short time span. 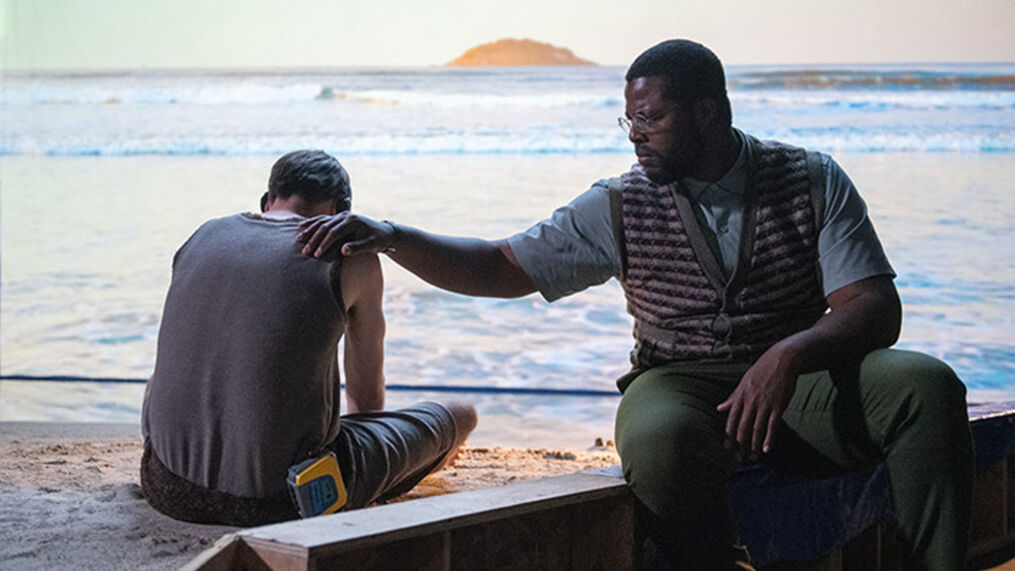 Underrated and, in my opinion, an underseen movie, Nine Days is a sort of philosophical sci-fi that asks the questions of what happens to us BEFORE we are born. So many pieces of media speculate what happens to us after we die, so it was unique to see something from the opposite perspective. Ironically, without even showing any of the characters living their life, it really shows us what the meaning of life is, and how to find purpose and joy where there might not always be any. The outlook on life from the different character’s perspectives sets up great dynamics and conversations to sort through and try to find yourself in when you’re agreeing or disagreeing. It’s a moving piece that shows us how we can either live as if life is meaningless, or we can find joy wherever it may be, and I think that’s incredibly powerful. 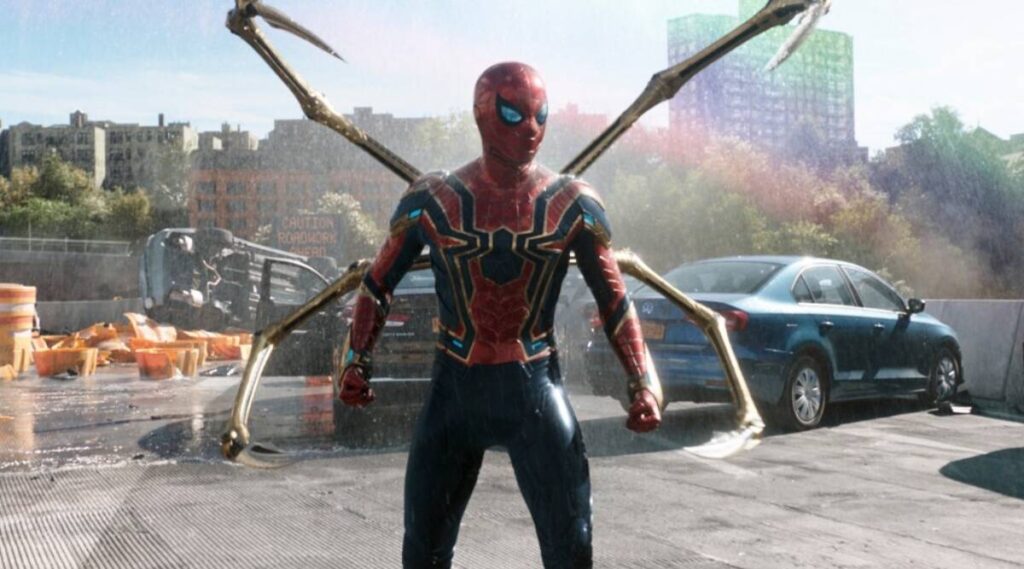 I’ll be honest, this year was the first time I ever ventured into the Marvel Cinematic Universe. I have steered clear of the MCU mostly because I felt there wasn’t much to them; they were just big budget films made to appeal to the widest audience and make the most money without any sort of artistic purpose. I watched WandaVision when  it premiered this winter because of the great reception it was getting, and I fell in love with both of the main characters, but especially with the nuanced portrayal of Wanda’s grief and PTSD. By July, I watched Iron Man for the first time and slowly made my way through the MCU, trying to hit certain benchmarks before each film came out. In some ways, I still feel the same way I do about the MCU. Most of the films from the franchise are good enough, but nothing amazing. They’re all entertaining, but I don’t always feel like they have much depth to them. Spider-Man: No Way Home completely moved me by the amount of heart that was put into the final installment of the trilogy by its entire cast, and the desire to please fans who cared not only about the MCU, but the character Spider-Man, in particular. It also expands on the character and the universe it’s in, without getting too complicated and sticking true to the formula that works best for these films. Was it anything amazing? Not by any means. Did it open my eyes as to why so many people love these movies? In a sense. It was my first “huge” marvel theatrical experience (as Shang-Chi didn’t quite sell out, and Eternals was a critical flop). What this movie did was remind me why I love movies, even in their simplicity, and I can’t trade that experience for anything else. Is this the best thing Pixar has ever made? I don’t think so, not nearly by a long shot. However, this movie means more to me than many other animated pictures ever could. While it’s not explicitly gay, the narrative behind Luca and its two main characters, Luca and Alberto, are incredibly gay coded. Disney/Pixar is still hesitant to label and create a gay story, especially one with kids involved. I want to say as a gay kid this would have been so important to me, but honestly, I never really knew I was gay until I was a teenager. As kids, we’re raised that straight is the norm, until proven otherwise. That’s why as a gay adult this means so much more to me. It’s beautiful seeing two kids just be authentically themselves and have fun with each other, in the cute way that kids would have crushes on each other. I can see all the criticisms that others might have with this film, but to me it holds such a special place in my heart. 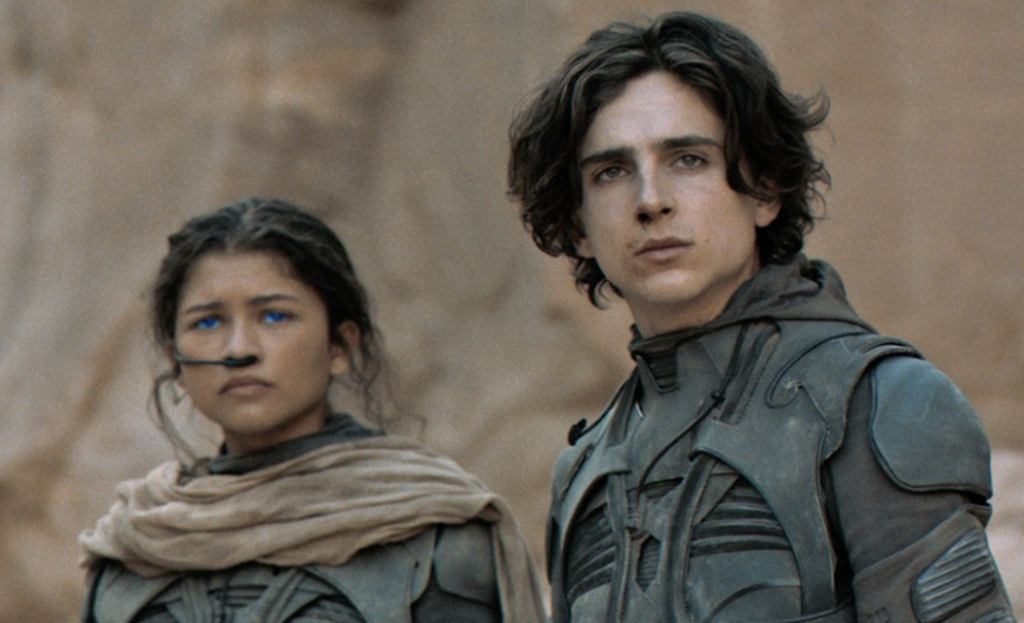 As my most anticipated film of 2021, Dune would have had to be very bad to make me not like it. I was much too young when The Lord of the Rings came out, and this feels like the first large scale and giant spectacle work since then. Laced with complex politics, interesting themes on religion, gender, imperialism, and environmentalism; this has just about everything a fantasy/sci-fi fan could want. Its world building is so intricate and detailed, between the plot and the action sequences, it’s easy to stay entertained through it’s two and a half hour runtime. While some criticized it because  it doesn’t feel complete as it only covers half of the book, I personally felt satisfied, and the ending only made me more excited for the upcoming part two.