Featured: Why Jim Carrey was wrong about Kick-Ass 2 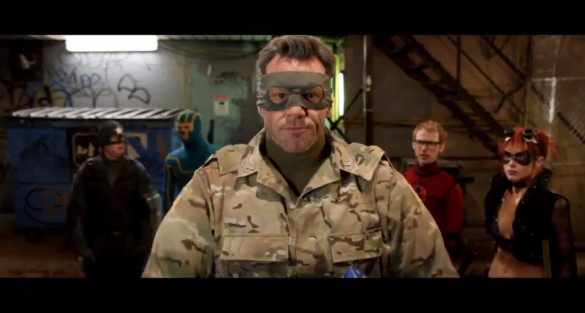 Kick-Ass 2 is by far from the best film of the summer but yet it’s far from the worst as well. The biggest question I had after seeing the film is; what did Jim Carrey expect to get into after watching the first Kick-Ass?

For one, he wanted this gig. He publicly stated that he loved the first film and wanted to be in it. And it’s not like the first one was short on the violence. It was just as graphic and bloody and it was probably a big reason why you either loved it or hated it. I think it’s one of the reasons I liked it and why it separated itself from most comic-book movies. Plus, Matthew Vaughn, who directed the first film, produced the sequel and personally hand picked Jeff Wadlow to direct the movie. So when the tone of Kick-Ass 2 and the violence is the same, what would he expect? Doesn’t make sense to me.

Secondly, the problems with Kick-Ass 2 isn’t the violence. I think the violence is fine and if people take what they see in movies like this to be real, it’s not a problem of the movie makers but the individual. Violence such as this in real life is obviously very serious but movies are an escape from reality, especially films like this. They are meant to be fun and Kick-Ass 2 is far from the first film to show violence. In fact, Kick-Ass 2 is far from the most violence of films in comparison. 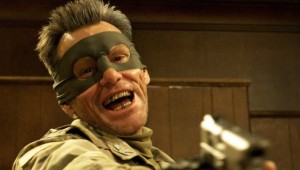 The problems with this film is in the story and the opportunities missed which would have made it way less cheesy. The storyline between Kick-Ass and Hit Girl was great and should they have played on that story more, it would have been a great movie. Plus, should they have explored that more, the Kick-Ass Justice League knock-off would hopefully have been less explored, thus being less cheesy. And while I love Hit Girl and her story arc, they didn’t have to go Mean Girls have way through the movie. That was a little ridiculous. There are way better ways to explore that idea if you’re going to do it and I felt they missed out on what was a great premise. Kick-Ass 2 is still a lot of fun but the story in the 2nd act gets over the top and the tone becomes way different from the first film and the first half of Kick-Ass 2.

So that being said, yes, Kick-Ass 2 has its problems and I would consider them big problems, but the action and visuals are fun and I think it makes up for where the story and the characters become a little mundane. And the reasons Jim Carrey gave to not support this film is ridiculous and doesn’t make too much sense. If he wants to criticize the movie, then he should criticize it for the right reasons.

Go see Kick-Ass 2 and let me know your thoughts below!