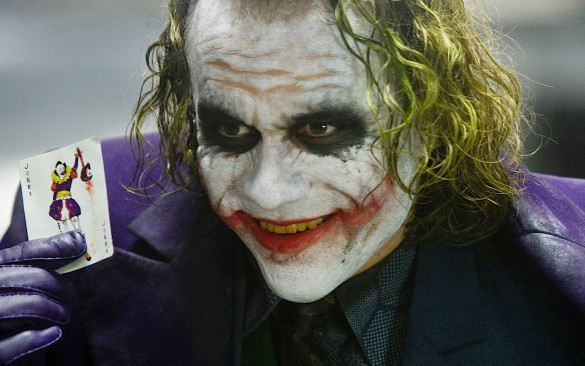 Movies are good, yes? Assuming you’re not being forced to read this by a group of semi-terrorists, you’re on this website because you also love movies. There’s nothing better than settling down in the cinema (or at home) to watch a movie. You watch every trailer, you prepare for the experience and then… it’s terrible.

How can that be? The trailers looked good! It made it look intriguing or action-packed or (at least) entertaining.

As great as it is to watch a movie, there’s nothing worse than getting catfished by some great trailers that lead to a crappy film.

Today we’ll be looking at some of the best trailers of the 2000’s. They won’t necessarily be for bad movies, but some will definitely make the list. So, in no particular order, here are some of the very best trailers Hollywood has treated us with since 2000.

Okay, so right off the bat let’s get one of the great-trailer-for-an-awful-film contestants out of the way. The trailer for Prometheus really is great – it doesn’t really give away the plot, and it provides some really great visuals. It conveys a sense of fear and despair that made the Alien franchise great, and it made it appear that Prometheus would be a worthy successor in the franchise. Oops. It’s too bad it wasn’t better as a film, but the trailer was great.

Now, say what you will about Cloverfield – the shaky cam made you sick, there wasn’t enough of the monster, etc. – but the trailer was really incredible. It sparked interest, gave an enormous sense of scale, and left everyone wanting more. It conveyed a sense of confusion and terror. Unfortunately, the film was a bit of a let down.

The names attached to this film had already piqued interest, but once the trailer dropped it was a mind-blower. The giant folding city, the ominous voice over, and the spinny spinny room make this trailer as confusing as it is captivating.

Originally attached to The Dark Knight, the trailer for Watchmen made great use of director Zack Snyder’s greatest skill – stunning visuals. Great voice over, and the Smashing Pumpkins track in the background give the trailer a truly unique, almost music video-like, quality. It was almost like ripping panels straight out of the comics.

Speaking of The Dark Knight, we can’t talk about great trailers without including this one. It gives fans just enough plot, while giving everyone the sweet Batman action they wanted to see. I remember seeing this trailer for the first time, when Heath Ledger’s Joker made my hair stand on end. Great score, great visuals, great cast, A+ trailer.

The trailer for Superman Returns is great mainly because of how it ends. The scene when the bullet deflects off Superman’s eye is great. It’s an incredible way to showcase the Man Of Steel’s powers. Unfortunately for the film, they squandered away the best scene in the trailer by surrounding it with garbage.

A slow burn sets us up in the beginning, then a series of quick cuts adds to the suspense of the action set pieces. The cut to black at the end was particularly effective, and like all good trailers it left everyone clamoring for more. But Battle: Los Angeles shares something in common with so many of the films on this list – it wasn’t too good.

Geesh, don’t watch this one alone. Or in the dark. Or at home. The skipping audio over the top of the quick cuts of axes, knives, and all out terror make this trailer as scary and eerie as they come. The final line: “Because you were home,” still makes my skin crawl. Hold on for a second, I’m going to go re-lock every door in my house.

A nearly perfect trailer for a modern monster flick. When Zilla’s first appeared through the closing bay doors (a scene that wasn’t in the film) the theater I was in erupted. It shows just enough of the King Of Monsters to get everyone salivating, and we get a great voice over from Bryan Cranston.

The cover of Radiohead’s “Creep” in the background pushes this trailer from good to great. Opening with all-too-familiar screenshots of FaceBook was a great touch as well, and the “You don’t get to 500 million friends without making a few enemies” tagline is perfect.

I know it’s probably hard to remember a time before an established Marvel Cinematic Universe, but this is the film that kicked it all off. Within seconds Robert Downey, Jr. sets the tone as the snarky, witty, and brash Tony Stark. Add in some pretty sweet visual elements and Black Sabbath’s “Iron Man” for a soundtrack, and you’ve got one heck of a trailer.