Featured: The Passion, Wrath, And Word Of Carl Th. Dreyer 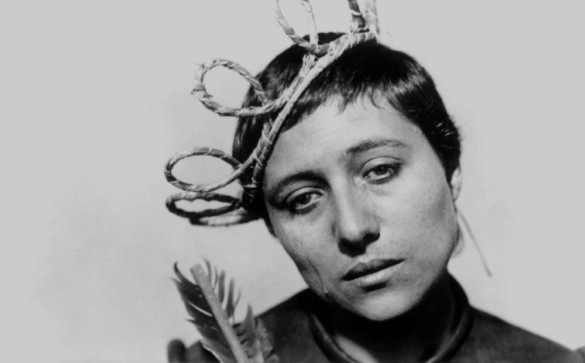 Among the purest directors of early-to-mid twentieth-century international cinema, Danish visionary Carl Theodor (Th. for short) Dreyer was among the first spiritualist storytellers before Ingmar Bergman arrived at the scene, telling stories of people in between faith and real human feelings in a slowly handcrafted form that made everything movie he made very personal. His upbringing had a role; born out of wedlock, adopted and formally named after his new family, but left emotionally distant from them. But as an intellectual, he was able to leave and never go back at 16, going to Copenhagen where he would go from journalist to title card writer at Nordisk Film, where he began his film career. The bulk of his filmography was made between 1918 to 1928, but it wasn’t until 1925’s Master of the House would he get both critical and commercial acclaim. It would be his launching pad to international stardom.

Dreyer was, by many accounts, not a director an actor was pleasant to work with. On what is considered his magnum opus, The Passion Of Joan Of Arc, Dreyer chose stage actress Maria Falconetti and proceeded to have all her hair cut off for the role, which she was cried during the process. Her physical humiliation, as she saw it, was filmed by Dryer to capture the emotion that fit the essential scenes. Anna Svierkjaer, the witch in Day of Wrath, was forced to be tied to a ladder for almost three hours outside the heat being Dreyer filmed her. Svierkjaer had trouble standing up straight for the rest of the day. He also was not the most friendly with his crew because of his perfectionism but was certainly not a man who was the myth of having a knack of torture. Some of his more provoking behavior came from his time as an aviator in the 1910s with airplanes and hot air balloons. His daredevil actions, ending with him alive before World War I broke out, clearly showed how far he would go to create the right image and the right emotion. As critic Pauline Kael would write regarding his harsh work ethic, “Everything that son-of-a-bitch did was great.”

Dreyer used Christian humanism as a source of influence and wrote themes connected to the miracles of Jesus Christ as part of the storyline. Joan Of Arc is the most obvious about a girl who is challenged but does not renounce on her beliefs and is proven to be a martyr in the end. Day Of Wrath comes from the Latin hymn on Judgment Day set in the 17th century surrounding the subject of witchcraft. The protagonist, Anne, is the young wife of a pastor, Absalon, who leads the investigation of witchcraft and helped Anne’s mother be spared when she was accused of practicing Satanism. Later, Anne has an impulsive thought of wishing her husband dead and it comes true, but the miracle becomes a curse quite quickly. In Ordet, Johannes is the son of a family in spiritual decline while he, after a breakdown, sees himself as Jesus. Inger, the matriarch, is the source of love, which goes away suddenly as she dies. The miracle comes when, under Johannes’ eye, she resurrects from death.

Outside of the Christian faith, Dreyer revolved around women in harsh times such as being under persecution, abandonment, forced love, and untimely death. They are under duress and given an unfair burden, a connection to his birth mother’s situation when she was pregnant with him unwed. From his first film, The President, to his last film, Gertrud, the woman is the center of the story under various precarious positions. But, besides his own birth mother, Dreyer thought of his own past, where his adopted family gave him no love and put himself in a psychiatric ward following the brutal production and response to Vampyr. Many projects he tried to start never got off the ground and remained in Denmark when the Nazis occupied them in World War II, shooting Day of Wrath during that period. The theme of life unrealized in some of his characters was the same in the failure in getting projects made. The script he had written and was working to make when he died in 1968, Medea, was only realized twenty years after his death by fellow Danish auteur, Lars von Trier.

Minding The Gap (Or Lack Thereof)

Carl Theodor Dreyer said, “Everything must be prepared – if not, you might suddenly find yourself lacking an elephant.” This statement emphasized his obsession with arranging everything to the smallest detail right to his liking. Not just the actors he was concerned about, but the physical spaces, the camera’s location and movement, how a shot is light, and how a scene is edited. It is seen from the start of his career, consistently maintaining a visual narrative to control the flow, mood, and words; his films lacked a lot of dialogue because he relied on movement and reaction. It is a large choreographic scenario. For example, Ordet has approximately 114 individual shots in a 126-minute film. In Joan of Arc, he kept shots mostly in a close-up but differed in lighting Joan and her interrogators, where soft lighting made Joan saintly but high-contrast lighting made the rest monstrous and from a low angle.

Later on, Dreyer made the camera move a lot more so the actors could move in and out of the shot easily and give the audience an additional point of view. Dreyer wants us to see the universe surrounding his characters. It pans around, gets on a dolly track slowly, and cut in very close on a person. In Vampyr, the atmosphere is a hazy grey that signals the threat of his evil. The subject may feel he or she is far from it when the space we see actually indicates it is much closer. In Thou Shalt Honour Thy Wife, he had his camera far back to capture the whole main room filled with people doing things. Our eye is on everything that is going on. Dreyer also experimented with different types of light to give a different shine on his characters, reflecting every scene’s moods. A lot of this was done on the fly as there was not much to get an influence on with the camera.

Carl Th. Dreyer was a legend as a definitive movie formalist, investigating stories of spiritual awakening, moral consciousness, social disturbance. He dove into history and matched with contemporary, giving wonderful adaptations of plays and transcripts into a cinematic transformation. It’s a filmography, where, even after he transfers to sound, there are not many words. He wants you to see rather than hear the film. It is cinema at its purest, never going to color as he worked into the 1960s. His world his tough and not an escapist form, but very philosophical, where Robert Bresson, Krzysztof Kieślowski, and Andrei Tarkovsky would take the mantle from him later on.