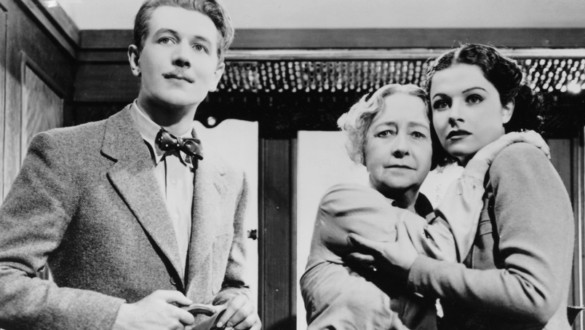 It has been 60 years since the release of one of his more divisive films, the hypnotic Vertigo with James Stewart and Kim Novak. I’m on the side of it being perfect, but it took me some time to warm up to it, and Psycho is still personally my favorite Hitchcock film. It was part of the golden age of his career that stitched up the title “Master of Suspense” and made him a formal auteur in Andrew Harris’ theory. But what is sometimes overlooked is his career in his native Britain. With the now-defunct Gainsborough Pictures and Gaumont-British, Hitchcock made 26 silent and sound pictures in the 1920s and 30s before his departure to the U.S. It was these pictures that started the trend of work we would see in Hollywood. Here are some of the best of early Hitchcock.

This was Hitchcock’s third film, but Hitchcock himself called it, “the first true Hitchcock movie,” because of the suspense and foreshadowing elements that would follow the rest of his career. With a Ripper-like killer on the loose, a mysterious man takes up residence in a vacant room and has some resemblance to the killer. Soon, the man becomes a suspect of interest for various reasons. The thriller showed the technical smarts Hitchcock possessed such as the “glass ceiling” shot, visual symbolism, and crafty editing that reduced the number of title cards needed for the silent picture. Scholar Donald Spoto wrote that The Lodger, ” revealed his psychological attraction to the association between sex and murder, between ecstasy and death.” Most notable of all, it was the first time he started making cameos; a shortage of extras forced him to take up a shot as an editor in a newspaper office.

Before it was remade by Hitchcock in 1956 to the expanded 2-hour dash from Morrocco to London (which the director said was the better version of the story), it was a simple 75-minute thriller that starts from the ski lodges of Switzerland and introduced the English debut of Peter Lorre three years after his chilling performance in M. The story’s narrative is quick zig-zag of pursuits, questions, a kidnapping, and successful and unsuccessful killings. A major difference compared to the 1956 version is the shootout at the end of the film which recalls the film’s opening sequence. While some say there are flaws in the story and that it does not give enough exposition within key scenes, I see it as a straight-up convincing story that does need to get as tense as the later version did.

The following year, Hitchcock went to a common scene that would be repeated afterward: the train. It would not be the main setting, but it plays a part in the common “wrong man” plot he would continue with also. Here, a man is mistakenly accused of killing a British secret agent and has to flee to find out who did it while also trying to figure out from the dead agent what the 39 steps are. Running into a beautiful woman, he has to take her along for the journey to the Scotland Highlands and back to London where the first scene of the film also becomes the climax and answer to the man’s questions. The famous MacGuffin is utilized, a plot device which is important to the story, but irrelevant to the audience; in this case, it’s what the 39 steps are, but the main point here is what can the man do to clear his name.

This espionage story is loosely based on a Joseph Conrad novel about a woman who discovers that her husband works for an organization that plans on bombing London. Another 75-minute feature, it utilizes cinema has a key feature within the deepening suspense, a scene that people were not happy with when released because it features a young boy holding a can of film that has a bomb inside of it. Hitchcock acknowledged that to have a child harmed in such a manner was not a wise thing for the story and learned from that. Regardless, it was another hit for Hitchcock.

After The 39 Steps but before North by Northwest, Hitchcock put two individuals, a beautiful young woman, and handsome young man, on a moving locomotive where a young woman meets an older woman before boarding. When the older woman goes missing and the rest of the passengers claimed to have never seen her, she only can get help from a traveling musician and they uncover a conspiracy. Within the mystery, there is also the romantic chemistry between the two, mixing it with the international intrigue that fit the bill for the time in Britain. It was so liked that French New Wave pioneers Francois Truffaut and Eric Rohmer could not try to study the film because they were absorbed into the plot.

In 1939, David O. Selznick, who recognized the masterpieces of Hitchcock’s work, contacted him and offered a job to work in the United States, several months before the outbreak of World War II. The first two pictures he made in Hollywood would both be nominated for Best Picture, Foreign Correspondent and Rebecca, the latter ended up winning Best Picture. He would return back to his home country just once to film Frenzy in 1972. Many will remember him for his incredulous films in decades after his tenure in Britain ended, but early Hitchcock works laid the groundwork to how we remember his legacy and contribution to films.