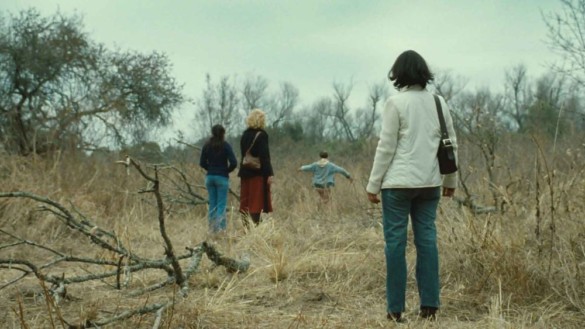 It isn’t just North of the border, Europe, or Asia that makes the high-quality films we love. It isn’t just Mexico that produces brilliant works and exports film directors to Hollywood. Others have quietly produced over the history of moviemaking stories of realism that reflected the times they have endured or magical works that make it an exotic land. It has been the quiet center of movie production as seen with the Oscar-winning The Secret In Their Eyes and A Fantastic Woman. But they have been from the past decade. In the last century, they all have a beginning, a growth, and are part of the influx of movies to infiltrate major festivals around the world.

Way before The Secret In Their Eyes, Argentina had produced a golden age of moviemaking between the 1930s and 50s. Tango-based movies were the musical go-to thanks to the popular Carlos Gardel, who was killed in a plane crash in 1935, solidifying legendary status. Armando Bo Sr. would also break through early and years later; his son of the same name would win an Oscar co-writing Birdman. Thanks to the presence of role actress Eva Peron, her husband, General Juan Peron, movies that portrayed the damage done by greed became a springboard into being elected as President. Sexploitation films also became a box office draw thanks to the comic relief of Jorge Porcel and Alberto Olmedo.

After a dark period of silence due to the brutal junta in the 70s and early 80s, Argentine cinema opened itself up again with films directly relating to the painful recent past, most notably with the Oscar-winning, The Official Story (1985), which told the story of a woman who questions where her adopted daughter came from – the infamous practice of kidnapping infants from mothers arrested by the government and then forcing the mother to “disappear” – and seeks answers. Even with economic and political turmoil, the industry produced thrillers and comedies away from the touchy subjects with Son Of The Bride (2001), The Headless Woman (2008), and Wild Tales (2014).

The 1931 film Limite (or “Limit”) was a silent experimental film by author Mário Peixoto, who never made a completed movie afterward and was thought to have been lost to history when the single print of it was found and underwent a painstaking restoration; you can now own it on Criterion’s World Cinema Project as selected by Martin Scorsese. The non-linear plotline of three people on a rowboat whose lives are looked at was ranked as the greatest Brazilian film in history in 2015. “The Brazilian Bombshell” Carman Miranda made a splash in the 1936 musical Alô, Alô, Carnaval, which got her a contract to perform in Hollywood afterward.

Brazilian cinema was ignored by the imports of American and European films, but Brazilian cinema engaged in a Renaissance with the Cinema Novo movement of the 60s and 70s with movies that spoke in detail about the social inequality in the country, as well as protesting the military dictatorship that would last from 1964 to 1985. 1962’s Keeper of Promises became the first film from South America to be nominated for Best Foreign Language film. Maybe the most notable and the most brutal in this era came towards the back end in 1981 with Pixote, a stirring, graphic portrait of a group of underage kids from the city’s slums who struggle to survive in jail and on the streets. Post-dictatorship, Four Days In September, Central Station, and City of God has driven up production, especially for television movies that continue to reflect the social and political themes of the times.

The island nation did not have a fully engaged industry until the Revolution that put Fidel Castro in power in 1959 and established the Culture Division of the Rebel Army to produce documentaries and fictional stories, namely social realism. Arguably the biggest director to come from Cuba was Tomás Gutiérrez Alea, who created a style that showed support to the regime while also revealing some of the continuous hardships the country faced years later. Death of a Bureaucrat was a political satire which was followed up with probably his most famous work, Memories of Underdevelopment.

The brilliant stroke of work followed a wealthy individual who stays in Cuba instead of fleeing to America and finds himself alienated from the rest with the dramatic changes of the Revolution. One of his final works before his death was the comedy Strawberries And Chocolate, the story about a flamboyantly gay artist and his relationship with a devoted Marxist who follows the line on gays as degenerates in the late 70s. This surprisingly warm, funny outlook of LGBT life in Cuba and bridging links between opposing views was the first Cuban film nominated for an Oscar.

While the film was a French production, director Marcel Camus captured the carnival life of Brazil’s favelas, the slums, in Black Orpheus, a contemporary and colorful retelling of the Greek legend of Orpheus and Eurydice. The film, winner of the Palme d’Or, was key in showcasing bossa nova music to the rest of the world. In Columbia, their form of social realism was nicknamed “Pornomiseria,” or porno-misery, which depicted the terrible poverty and human misery in the sixties and seventies, a trend followed by other South American countries all affected by dictatorships and the lack of investment into their local industry. Venezuela has also been fairly successful; Edgar Ramirez (The Bourne Ultimatum, Joy, Hands of Stone), a native, made an acclaimed appearance in Punto Y Raya (2004) while Bad Hair (2013) and From Afar (2015) have won at major international film festivals. Probably, the most noted 21st century Latin film known in the United States is The Motorcycle Diaries (2004), a depiction of Che Guevara’s trip through South America with his best friend that would lay the foundations for his political radicalization in the years that came afterward.

Latin American cinema should not just be recognized through its nominations such as Nicaragua’s Alsino And The Condor (1982), Peru’s The Milk of Sorrow (2009), Chile’s No (2012), and Columbia’s Embrace Of The Serpent (2015). There are layers into all of these countries and more through fiction and documentary. They give us a new view to look through a see a setting we have never seen. All of these works are reflective of their status and are imaginative at times, daring to challenge the authorities and speak a truth.