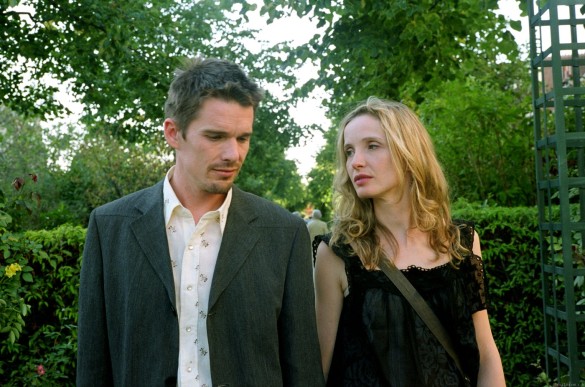 Richard Linklater is one of my favorite directors working today. He has a way of capturing life in our culture that viscerally feels authentic and is always relatable on some level. Boyhood and the Before Trilogy especially don’t even feel like films but rather documentaries of those characters’ real lives. Due to my response to those films, the Before Trilogy is my favorite trilogy of all-time. Period. I’m on record of being huge fans of the Lord of the Rings, Star Wars and many other trilogies but the Before Series is something else entirely. It’s grounded approach, charming characters and evolving timeline makes for an experience that is so unique but profoundly real-life. However, Linklater’s filmography is deeper and more expansive than just that series and Boyhood.

I can understand that Linklater isn’t for everyone, especially for those audiences who struggle with little plot and lots of dialogue that can feel slow-moving at times. But it’s exactly that reason why I eat up Linklater and his films. They’re richly sweet and delicious and Linklater’s writing is like giving my body all the nutrients it needs for a robust and healthy life. I say that to say, this ranking was impossibly difficult for me. I love his work and this could change over the years as his filmography continues to register with me the more I digest it.

So here we go, my Richard Linklater ranking:

17) Bad News Bears
Easily Linklater’s worst film and while it does have some charming qualities, it’s mostly rugged and lacks the energy you’d expect from Linklater and Billy Bob Thorton.

16) Fast Food Nation
Investigative journalism is not Richard Linklater’s thing. The material is rich enough to make for exploration in film but Linklater was the wrong guy for the job. I’ll say though, when Ethan Hawke shows up in a small bit, the film at that point has little to do with it’s central premise and it ironically turns into a spontaneous Linklater film. It’s easily the best part of the movie.

15) The Newton Boys
On paper, this had a lot of potential and the cast is great but Linklater doesn’t quite muster the right focus to uphend the Western tropes he was trying to do. That said, it still has some charismatic and funny moments.

14) SubUrbia
This film may be a little bit despairing and pessimistic, but it at least fits the Linklater mold. Not that he has to be restrained as a filmmaker but this style is where he’s the most effective. SubUrbia is fine in it’s own right and says a lot about the 90’s but doesn’t have the overall satisfying feeling of Slacker or Dazed and Confused.

13) Tape
I think this is one of Linklater’s more underrated films and it somehow packs interesting drama into a simple story with only a few characters in one room. The narrative is very contrived in parts but still features some engrossing tension and wonderful themes of manipulation, which is ironic because that’s what Linklater is doing to the audience. Ethan Hawke is also really good here.

12) School of Rock
This is Linklater’s biggest hit by a landslide and for good reason. Jack Black is captivating in a role that is quintessentially designed just for him. He gets to be lovable, over-the top and musical, which just nails exactly who he is and Black takes full advantage of that. It’s a wonderful family comedy that both kids and adults can eat up.

11) Me and Orsen Welles
Another Linklater film that doesn’t get talked about enough. It’s easily the best of Linklater’s films that is based off a play and Christian McKay’s portrayal of Orsen Welles is pitch perfect. Overall the film is funny, energetic and has all the great Linklater-isms you’d want to see.

10) Slacker
This technically is Linklater’s second film but I’m considering is first “real” project. That may or may not be fair but that’s how I’m looking at it. The wonderful thing about Slacker, while it may not completely hold up today, it plants the seeds incredibly well of who Linklater will become as a director. The film is just a portrait of Texas residents discussing conspiracy theories, dreams and other randomness. And as simple as it is, it lays the groundwork in compelling fashion that he would then go on to perfect in later films, starting with Before Sunrise just four years after this.

8) Waking Life
Dreams can be foggy, beautiful and perhaps disorienting, the exact thing Linklater captures here. This is the first time Linklater used the rotoscope animation technique and it helps engage the film’s examination of life, death and suffering as well as other musings throughout the film. I’m not sure what Linklater did as inspiration for this film but I’m sure it was fun.

8) Bernie
I love School of Rock but Jack Black’s performance in Bernie is my favorite performance I’ve seen from him. School of Rock is so tailored to his personality, where here his character of Bernie is calling for something very different and outside his wheelhouse. And Black sells every moment of charm, disgust, awkwardness and panic that Bernie dispays, it’s so wonderful. The story is also well told and features a Matthew McConaughey at the biggining of his McConaissance.

7) A Scanner Darkly
Using the same rotoscope animation technique from Waking Life, this film becomes a philosophical and trippy journey into relentless paranoia and confusion. The animation is beautiful and makes for an engaging experience but it’s the actors that make this film. The plot of this film isn’t it’s strength but rather the conversations, and there are a lot of them. Keanu Reeves, Winona Ryder and especially Robert Downey Jr. are really good here and elevate the film’s main motives and themes with their performances.

6) Everybody Wants Some!!
It’s been hailed as the spiritual sequel to Dazed and Confused and as tiresome as that may be for some people, it’s the perfect phrase to describe this film. Linklater takes the same approach of Dazed and Confused and applies it to a college baseball team and the end result is nothing short of excellent.

5) Before Midnight
The final film in one of the best trilogies of all-time, Before Midnight takes a slightly different path than it’s predecessors. Jesse (Ethan Hawke) and Celine’s (Julie Delpy) journey starts off as endearing as the first two but eventually it turns into a giant fight between the couple that gets very heated. It may not be as “fun” to watch but it perfectly continues the evolution of how real-life couples treat each other sometimes but ultimately get through the disaster.

4) Boyhood
Words can barely describe the experience of Boyhood. Life is mostly about the mundane, with interjections of crazy life events, and this film captures that experience beautifully. It’s not about the graduation but the day after the graduation. Those moments add up over time and sometimes we get lost in that mediocrity, but Linklater argues there is magic in those small, mundane moments. As a result, the film is a visceral, captivating experience that depicts the intimate and familial experience of growing up in our culture.

3) Dazed and Confused
Alright, alright, alright. Sorry I couldn’t resist. How can you not love this film? It impeccably captures the spirit of the 1970’s while un-apologetically exploring high school adolescence in it’s rawest form. Or in other words, it’s Linklater being Linklater. The conversations and characters on display, while preserving it’s era, are simultaneously timeless. McConaughey’s Wooderson is also a figure that will live on forever. Absolutely hysterical.

2) Before Sunrise
In a word, beautiful. Absolutely beautiful and charming. Jesse and Celine’s journey through Vienna couldn’t be more genuine and fun to watch. The restaurant scene is one of my favorite scenes of all-time and I love how Linklater let’s the raw emotions of these character just sit on the table for them to just eat up and consume. Ethan Hawke and Julie Delpy are at their absolute best, which only gets better and better from here. The ending of the film also continues the “train” of naturalism that Linklater deploys. So great.

1) Before Sunset
Where does one begin? The authenticity and realism for these films is just utterly remarkable. The opening sequence of the film, starting out in a book story and eventually ending in a cafe, is so natural and the connection between Jesse and Celine is riveting. I couldn’t look away and all they did was walk and talk. The film eventually takes some mature turns away from the innocence of Sunrise and progresses the relationship in ways that are definitely more, well, “grown up” let’s say. Things get real, feelings are purged and it becomes one of the most profound, though-provoking explorations of romantic relationships ever depicted on the big screen. And the ending…ah..just perfect.

Well, there it is. My current ranking of Richard Linkater’s (awesome) filmography. As a quick note, I didn’t include Inning by Inning: A Portrait of a Coach, which is Linklater’s documentary and I also haven’t seen it, so I scratched it as part of my criteria. I hope you enjoyed by ranking though and I’d love to hear your thoughts! Hit us up on social media or leave a comment below.