Featured: Oscar Longshots That Have A Shot 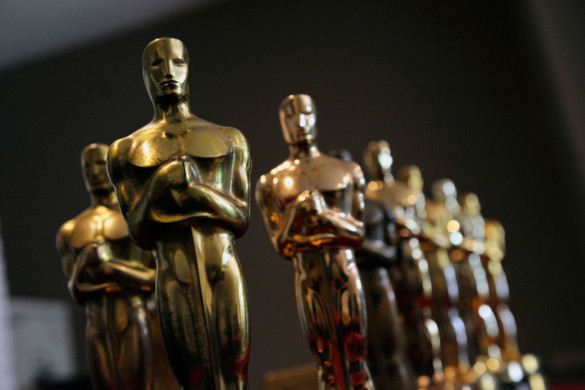 Oscar season is underway, with plenty of films hoping to make it to Oscar night as nominees and eventual winners. However, there are a few things to remember. First of all, not all Oscar contenders are released at the end of the year. Secondly, films that seemed like surefire winners months ago can lose momentum in a flash (like The Birth of a Nation after controversy and underwhelming reviews sunk its box office), and smaller films can use critical acclaim and passionate campaigns to propel themselves to at least some unexpected nominations. Here are some supposed Oscar longshots that could see Oscar success.

The Lobster for Best Original Screenplay

The Best Original Screenplay category tends to where the more off-kilter critically acclaimed films find success. The Lobster, Yorgos Lanthimos’ film about a futuristic world in which people are required to find romantic partners or be turned into animals, is probably too strange to contend for Best Picture, but its ingenious concept might land it a spot in the Original Screenplay category. The Los Angeles Film Critics Association recently gave it a win for its screenplay.

An adaptation of Jane Austen’s “Lady Susan”, Love & Friendship was a period comedy and critical success that became a mild sleep hit over the summer. It might not be the most flashy or cutting-edge film, but a well-constructed adaptation from a beloved author could definitely sway Oscar voters.

Last year Matt Damon and The Martian received seven Oscar nominations but came home with no wins, including Best Picture and Best Leading Actor. The Martian was last year’s best Sci-Fi movie, and this year’s best Sci-Fi title may go to Passengers starring Jennifer Lawrence and Chris Pratt. The four-time Oscar nominee and one-time Best Actress winner will have her fair chance at another nomination, as she plays an astronaut sent into space but wakes up 90 years before she’s supposed to. The Oscars may not favor the Sci-Fi genre, but J-Law always kills it in her films and she’s always an Oscar darling. Don’t be surprised to her her on the red carpet trying to win her second Best Actress award.

While past Best Animated Feature winners such as Frozen and Shrek are family-friendly and generally wholesome, the raunchy Sausage Party is anything but. It’s a coarse, R-rated comedy which just so happens to be animated. It has also received very positive reviews and already has an Oscar campaign underway. If nominated, Sausage Party could start a new trend of studios releasing animated films designed specifically for adults.

You might be wondering: how could Meryl Streep possibly be a longshot? After all, doesn’t it just seem like she’s nominated every single year? While Streep has a record 19 nominations along with three wins, she isn’t a frontrunner for Best Actress for her starring role in Florence Foster Jenkins about a woefully bad opera singer. However, Paramount has a limited re-release of the film planned for December 2. If Florence Foster Jenkins re-enters the minds of voters, Streep might be looking at nomination #20.

While Gibson’s film Hacksaw Ridge is considered a contender for Best Picture and his star, Andrew Garfield, is considered a contender for Best Actor, Gibson himself isn’t being discussed as a contender. This is likely due to his controversial status for his remarks and actions, but Gibson is a proven director who has won in the past (for Braveheart). If voters can look past Roman Polanski’s past misdeeds, they might do the same for Gibson.