Featured: No Star Wars at D23 is not a bad thing 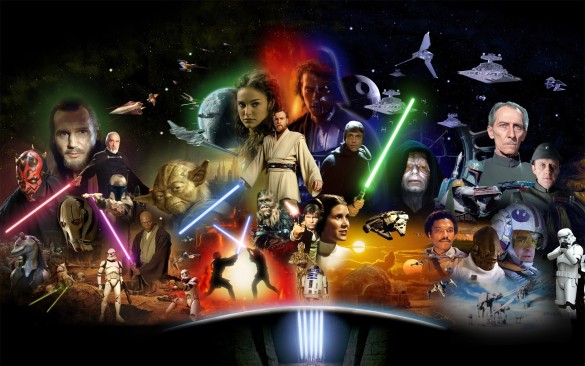 So I’ve read on several websites where it seems to be the consensus that Disney should have had at least some sort of tease to Star Wars: Episode VII at this year’s D23 Expo in Anaheim. Disney has had a chance to do something at either Comic-Con and now at D23 and they haven’t budged on anything as far as marketing goes for this film. However, I don’t think that means there are disturbances in The Force.

This movie is two years away from it’s release and while Star Wars fans are oozing at the mouth to hear something, I think that’s exactly what Disney execs are wanting. They want this to linger and be hyped up for as long as humanly possible so that whey when details are finally reveals, fans can have the biggest geekgasm of their life.. And I don’t thinks Star Wars fans are going anywhere so they’ll have to learn some patience, while they will be hard, but in the end they’ll be satisfied.

I’m sure all the pieces are falling into the place still and Disney, J.J. Abrams and company will want this to be as big as possible so I’m pretty hopeful for what they are doing. The mystery behind it all is actually exciting and while we want info, it’ not a bad thing that they haven’t revealed anything yet. Just like with any project, especially with the size of this one, there will be issues and problems to be worked out and I’m okay with them tightening all the nuts and bolts first.

If you’re a fan of Star Wars like we are, it’s okay. Breath, relax and just wait. Until we hear that everything is a disaster, there’s absolutely no need for this: