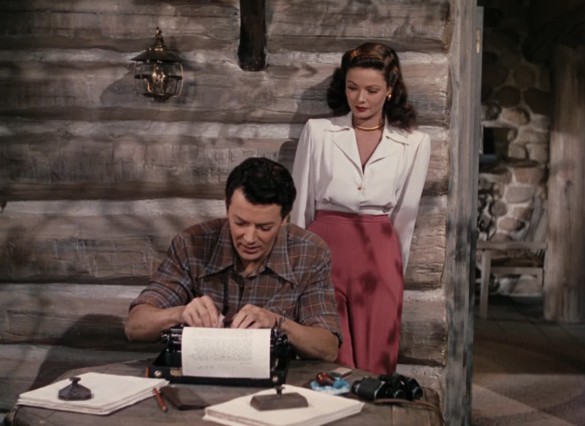 For the third month of the year, with a full thirty-one days, Criterion has out four new releases and two re-editions. Spike Lee has a unique take on the infamous minstrel show, a Soviet-produced classic, a radical documentary, a film noir behind the color, a Golden Age musical on the river, and Babs. Yes, she is finally respected. A few are recognized immediately while some may be unknown classics finally getting exposure in the Collection.

Based on Edna Farber’s novel, it was adapted as a Broadway musical by lyricist Oscar Hammerstein and his first collaborator, Jerome Kern. The first film version in 1929 struggled from being silent originally to adding sound and music to it. This version planned out as a full musical used most of the original Broadway cast and was directed by James Whale, who did Frankenstein and whose life was portrayed in Gods And Monsters. It is about a traveling stage production who cruises through the Mississippi River in a 40-year span, discussion matters of race in the Jim Crow South and forbidden love. Irene Dunne (The Awful Truth) and Paul Robeson, one of the most celebrated artists of the 20th century, star in this undervalued 30s musical; Robeson and his baritone voice can be heard with the clip above.

The Technicolor noir features Gene Tierney as a socialite who seduces a novelist (Cornel Wilde) into marriage before turning against him with consuming jealousy over his fame as well as his family who doesn’t accept her. It had to be in color to show the absolute contrast of what wonderful life was and yet the sinister under the lake behind Tierney’s sunglasses. For 20th Century Fox, to release this noir masterpiece on Christmas Day would make it the studio’s highest-grossing film of the decade and the character of Ellen Harland amongst the most fearful femme Fatales ever created.

Winner of the Palme d’Or, Mikhail Kalatozov directs a WWII tale about love separated and envied when a Soviet soldier has to separate from his love, Veronika, who has to wait for any news about him when listed as “missing in action.” Meanwhile, Veronika is attacked and compelled to marry another person, feeling ashamed about what happened. It is heartbreaking as it is the Soviet way of their patriotism, real in their pain of being under siege and real in the personal trauma of waiting for their loved one to come home if he will come home.

Albert and David Maysles, along with Charlotte Zwerin, produced an interesting look at the door-to-door workings of four people who sell expensive Bibles in Florida and Massachusetts and meet up in Chicago for a critical sales meeting. On the surface, it sounds strange to follow an extinct profession, but it becomes very much a human story when it circles around one person, in dire need to make ends meet. It is the camera and its subject gong around attempting to find salvation both religiously and economically as the American Dream is the one also closing the door in his face The brothers and Zwerin would go on to document Gimme Shelter and the Maysles themselves would dive into the dysfunctional lives of the mother/daughter both named Edith Beale in Grey Gardens.

Babs is finally in the Collection! While Yentl was showing for a time on the Criterion Channel, her sophomore directing effort about a man who has to face his own trauma while meeting a psychiatrist who can help the same pain afflicted on his sister. It is Nick Nolte’s greatest performance. The emotions melt off his face and he finds himself in the dark of a fateful night while also finding solace and a reason to celebrate life again. For Streisand, it was another showcase of her talent to direct a movie, yet after The Mirror Has Two Faces, she has not given a chance to direct a feature.

Spike Lee. Mocking racism. In the modern-day. This was a script only he could have come up with. A minstrel show in the year 2000, where a TV channel employee (Damon Wayans) develops it and use traditional racist jokes, black actors in blackface, and cartoons with stereotypes of African-Americans. What?!?!? It wasn’t a hit critically or commercially like BlacKKKlansman, but in time it has become a cult classic, commenting on how even in today’s media, people still put on a caricature of the Black community that is still offensive that we still haven’t learned from.