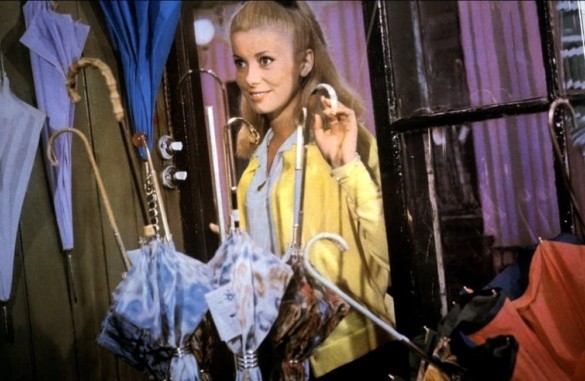 Francois Truffaut and Jean-Luc Godard are the two most common names out of the French New Wave subject but there were a few others who did not feature the same radical style as them. The famous Cahiers du Cinema emerged from the right side of the Seine River while other directors emerged from the other side, hence the Left Bank. These directors were not heavy on cinema and were a bit older. Their work was also more on the radical side in style but was still reading up on traditional literature and art. Still, the Right Bank championed their work and drew out some notable directors who created impressive works.

Resnais began with short films and made a strong statement in his 30-minute Holocaust documentary Night And Fog. Instead of traditional documentary work, Resnais intercutting of historical evidence of the concentration camps with colored tracking shots of the actual sites stunned many and received universal acclaim. The same year Truffaut’s 400 Blows was released, Resnais came out with his first feature film Hiroshima Mon Amour, a story about an affair between a Japanese businessman and a French woman, played by Emmanuelle Riva. His next film, Last Year At Marienbad, dealt with a past affair in which the man asks the woman if she remembers their encounter if she is the right woman, that is. Resnais tales of memory is hypnotic and confounding, but some were baffled upon release. Resnais took the political route deeper into the 1960s before returning to dramas drawn upon in musicals, theatre, and pop culture in general.

Demy was a lover of the fairy tale and the Hollywood musical. Bay of Angels, The Umbrellas of Cherbourg, The Young Girls of Rochefort, and Donkey Skin featured the themes of fate, coincidence, and romance that would either succeed or fail. His works of musicals and melodramas will full of color as if the beach settings were a fantasy land, and his collaboration with musician Michel Legrand stirs the soul of each picture. Cherbourg was Demy original sung-through musical of a love affair doomed while Rochefort, which brought on song-and-dance legend Gene Kelly in a supporting role, featured two young sisters who cross paths with men of interest in the town square. Towards the last several years of his life (he died of AIDS in 1989), Demy made the darker toned, politically inclined sung-through musical A Room In Town. Demy was about making the magic come to life and keeping is in the vivid and sunshine singing or dancing. It should also be noted that he was married to the next director below.

Verda was married to Jacques Demy until his death in 1989. The two sides did not cross over in each other’s work, showing Verda’s incredible independence as a film director which went through until recently with her Oscar-nominated Faces Places. She made a splash with Cleo From 5 to 7, a story about a woman who wonders for two hours waiting for the results of a test. Cleo is a beautiful woman, two young to be dying, but she ponders about the possibility of a sudden death and goes to different places while examining the standing of women in society. More than twenty years later, Verda made a splash again with Vagabond, where a female drifter’s last days before dying in a field is told in flashbacks, revealing another portrait of an independent woman who fights to the last moment to be on her own. Verda’s recent passing one day short of her 91st birthday is the fall of among the last icons of this era; only Godard is alive.

He was an all-in-one filmmaker: writer, director, editor, photographer, and so-on. In the fifties and early sixties, Marker started by making documentaries that were experimental and filmed in Russia, Israel, and Cuba, his own type of travelogue. Two films of his stand out La Jette and Sans Soleil. Marker’s La Jetée is a short film but a brilliant one about time travel told in still images – just photographs and no moving shots – of a world where the fears of a war take over and the desire to go back into the past to fix the wrongs turns into an illusion. This would be the basis of Terry Gilliam’s sci-fi film 12 Monkeys. Sans Soleil was released twenty years later and moved into color, where Marker takes us to Japan and Africa in a cinematic essay rather than a documentary mixing original and documentary footage with no sync sound.

Other writers and directors such as Henri Colpi, Marguerite Duras, and Jean-Pierre Melville were also associated with the Left Bank. It is a different style, one less Bohemian, compared to the flying, youthful group of storytellers across the Seine. At the center of the French New Wave is being inexpensive but showing high production value. The Left Bank stood out with its own formality and experimentation that was slightly less seen than the heavy hitters of Truffaut, Godard, and Claude Chabrol. However, they are extremely fascinating pieces that only diversify the creation poured into the 50s, 60s, and beyond that came from France and remain in the canon of cinema history.