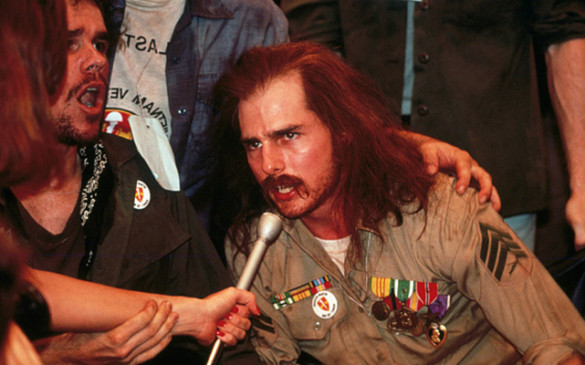 As we hit the second half of 2020 with Independence Day, we may be able to celebrate outside our homes (or not) and someone will still put on a fireworks display to the annoyance of our pets. COVID-19 certainly cannot stop July 4th from being recognized, even if it is still a streaming event. At home, for the cinephiles, there is putting on a marathon of movies that recognizes our independence a little more differently. War is common, but it also can be musical as well as dangerous from other areas. No, I will not go for the low hanger that is Independence Day from Roland Emmerich (or its trash sequel); it’s entertaining, but I’m gonna go with alternatives.

George Cohan, also known as “the man who owned Broadway” during the 1900s and 1910s, was born on July 3rd, but he took it to heart as if he was born on July 4th with his legendary patriotic songs including, “Over There,” “You’re A Grand Old Flag,” and “Yankee Doodle Boy.” Months before his death, the biopic about Cohan was released to acclaim, featuring James Cagney as Cohan, which won Cagney the Best Actor Oscar. It’s a musical film that takes you on a nostalgia trip to Cohan’s time with his vaudeville hits that set the bar top what a Broadway musical is and should be and produced during the Second World War, the film is a perfect tribute to a figure who embodied Broadway musicals and its patriotic jingles during the First World War.

Brian DePalma wrote and directed this neo-noir set in his hometown of Philadelphia, home of the Liberty Bell, where a sound effects editor (John Travolta) is in post-production of a slasher film and, while going outside to record more sound, witnesses and records a car accident. However, he finds out through his sense of hearing that it was not an accident and the woman he has saved (Nancy Allen) is in a lot of danger. The film’s climax comes at the Fourth of July parade, under the layers of celebrations. Blow Out is among the top movies about moviemaking because it uses sound so cleverly and as the driving force to investigating what happened and the danger the lurks for his snooping.

Oliver Stone was still on his hot streak of acclaimed, Oscar-winning films and did win Best Director for the second time in four years. One of Tom Cruise’s best performances came in his portrayal of Ron Kovic, an All-American boy from Long Island who signs up with the Marines, seeing it as his duty to fight for his country while they are in Vietnam. But after he is seriously wounded and left in a wheelchair, Kovic becomes disillusioned and turns to activism to declare his independence from a belief system that he followed since birth. Stone, whether you dislike him or hate him personally, made emotional gut-punches during this era that provided the opposite side to what patriotism is, aside so obvious today.

The climax of the film took place on July 18, 1863, and being that it is set in the middle of the Civil War, it is a great film to insert about freedom. In this case, the Massachusetts 54th Infantry Division led by the young abolitionist Robert Gould Shaw, taking the first all-black regiment into battle and show Black soldiers are worthy in the battle to fight for their own freedom and protect the Union. I understand why the film gets a downtick because of the white savior lead involved Col. Shaw. Also, the number of inaccuracies was noted such as that the 54th actually being made up of Northern-born free men and not former slaves and the flogging scene didn’t happen because it was banned in the military. But in comparison to other films with complaints, I say Glory is not that high or offensive compared to other films involving the same narrative. Plus, with the demand for Confederate names and statues being requested to be removed, the film is a reminder that the Confederacy lost and to have symbols of it still be around is to keep inflicting the pain of racism and treason in this nation.