Featured: Criterion’s “B” films in “A” quality 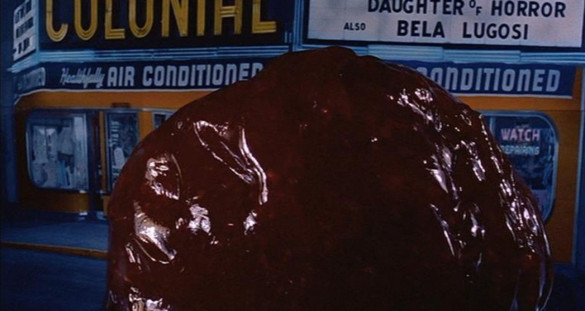 B films are what they are: low cost, exploitive, the second film of double billing, and set with a genre and story ridiculous for the traditional art house. Even after the end of the double billing, independent productions still made such films that have kept the style alive through today. Some of them like Plan B From Outer Space has survived through its infamy while others have turned out to be very popular and quite good. Criterion has even released it as part of their collection of preserving certain films for its representation of the times. There a lot of this B-movie cult favorites under their control.

RKO Pictures, the studio that made Citizen Kane, had a side section for low-budget horror films led by producer Val Newton and director Jacques Tourneur. Their first collaboration was this story of a European woman living in New York City who fears that she is a curse of people who turn into cats when aroused or angered. Cat People was a hit with decent reviews but it is now recognized even more like a masterpiece of horror where imagination triumphs over imagery and what we think it is or the sudden shows of the mysterious figure is very terrifying. Underneath the theme of failed love, the jealousy that provokes the cat figure to come out gives us a natural response to darkness and the supernatural invasion of our nightmares.

From “Poverty Row,” one of the most well-respected film noirs came out of nowhere, made on the cheap by Edgar G. Ulmer, who could have been the next big director in Hollywood had he not be blacklisted for an indiscreet affair. In just a brisk 63 minutes, a pianist hitchhikes his way across the country to get back the woman he loves, only to get caught up in one bad moment to another with a dead man and a woman who blackmails him into her own demise. Even the real life of the lead actor Tom Neal was something out of the movie; his career was tarnished after a highly publicized affair with a married woman and later served prison time for the death of his wife.

It was Steve McQueen’s debut film and his first swing as being the hero. Here, a meteorite crashes into a sleepy Pennsylvania town and a blob comes out, eating anything living and grows as it flows in the town. McQueen and his girlfriend try to warn people but the blob just grows and grows and becomes quite an impressive moving piece of jelly as it swamps the town. Besides McQueen, a young Burt Bacharach co-wrote the funny opening theme song.  Some saw it as another allegory about the threat of communism; the writers denied it having a message of a kind. The color and campy style of the movie made it a smash hit for teenagers, became an early favorite for astronomer Neil Degrasse Tyson, and had an influence in the making of the DreamWorks animated film, Monsters Vs. Aliens.

On an American Air Force base in Canada (it was shot in Britain as a British production), people have suddenly died without a formal explanation, especially when autopsies confirm a lack of brain and spinal cord in the victims. At first, many believe it is the base’s nuclear fallout as the cause, but an officer believes that a scientist’s own experiments are the cause of creating the multiple monsters that, until the end, are invisible. It’s a pulp sci-fi with creative stop-motion and scenes of gore that actually brought up a debate in Parliament about such a film being made. It is so silly yet it is a highly creative and entertaining film.

When a nuclear-powered submarine heads for the Arctic, the crew inside encounters UFOs who have settled underwater with random electrical storms. It is different from a traditional invading alien film, but it has the characteristics of bad acting and bad dialogue. Like other guilty pleasure B-movies, the actions and ridiculousness of the plot are what makes it a very interesting film. The editing is quite crafty in mixing in action with real stock footage of submarines and ship explosions. It also reflects the differences between a military adventurer and someone who recognizes the madness of getting into a battle with such a thing.

In Kansas, a woman survives a car accident miraculously, only to find herself working in a church in Utah. The isolation of the church and the mystery of “the man” who haunts her as brilliantly conducted by the organ score. The abandoned amusement park and the existential presence of “the man” hangs over the woman’s feeling and psyche in whether she should even be alive – if she is after the wreck. It’s a horror film without the gore, a B-film that has the throwback mood of a psychological thriller in the 20s and 30s. This played a role in the growth of David Lynch and George Romero in their future works while it was the only full-feature film done by writer/director Herk Harvey, who only made short education films thereafter.

The celluloid atrocity that is John Waters made his second feature film the opening mark of his “trash” films which followed, namely Pink Flamingos, a film I would not be surprised that would be re-released by Criterion, and Female Trouble, which followed as a Criterion release later. But for the Cavalcade of Perversion, a circus of degenerates who has the singular task of doing all things immoral as a middle finger to tradition, the black-and-white, constant zoom-in from Waters’ camera is underground cinema at its peak. Influenced by Andy Warhol, Russ Meyer, and Ingmar Bergman (plus Elizabeth Taylor’s performances), slapstick “horror” and gratuitous sex – Waters’ muse Divine getting raped by a lobster; yes, there’s such a scene – is plastered in its blasphemous wave where it debuted in a church basement, where the pastor must have had a heart attack watching Divine getting penetrated with a crucifix in the pastor’s own parish.

The B-movie is still around but as those straight-to-DVD types but some are still released as one-the-cheap tacky comedies and horror films that are like the ones mentioned here and in film history. Some of the best film directors looked at these films as proof that independent, inexpensive works can be made into silly or serious masterpieces and can be profitable. The B-movies successfully preserved for our enjoyment all these years later reinforces the pragmatism cinema has with a genre and with what we can tell an audience – some audience – will enjoy.