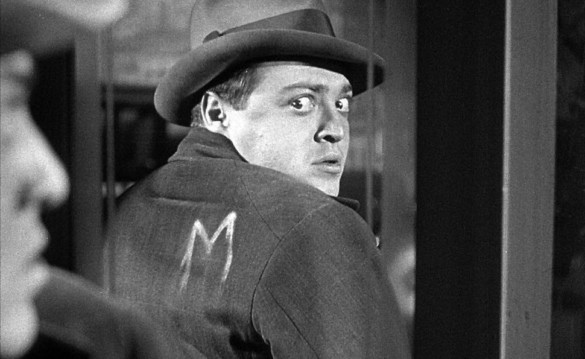 “Cinema can fill in the empty spaces of your life and your loneliness.” – Pedro Almodovar

My cinephilia tendencies started when I was 14 when Ray Liotta slams the door at the end of GoodFellas. It remains my favorite movie of all time to the point where I know the movie word-for-word, shot-for-shot. For my high school years, while I figured out who I was, what I wanted to do, and why I was a loner, movies became a very easy getaway. In college, I took a class in Film Appreciation. The floodgates opened up to my sensibilities and my bias towards older, foreign films began. It is also where I got into the Criterion Collection because they own the rights to many of these films; ironically, the first one I bought was not old or foreign but David Fincher’s The Curious Case Of Benjamin Button. Criterion’s diverse range from historical to contemporary films from around the world makes them a very high-brow collection for some of cinema’s greatest and most underappreciated pieces.

With that being said, and with the return of Barnes & Noble’s 50% off sale through August 6 (plus a shoutout to JD for letting me write this), here are my Top 10 (yes, another) Criterion releases in alphabetical order.

Federico Fellini’s tale of an artist in crisis is such a universal statement to everyone who creates as a living, it has to be a must-own (and must-watch) for everyone. From the opening frame of the traffic jam sequence to the circus finale, Fellini’s beautiful confusion – the working title of the movie – is magical as we see the incredible Marcello Mastroianni as Guido, a film director suffering from director’s block as his next project and personal life starts to fall apart. The special features include a documentary on Nino Rota, Fellini’s long-time musical collaborator who of course would go on to make the haunting theme score to The Godfather.

In terms of the political genre, this one may be among the greatest internationally with its documentary-style shoot set during the Algerian Civil War between the Algerian nationalists and the French army. Led by the marching sounds of Ennio Morricone, whose score was utilized in a scene in Tarantino’s Inglorious Basterds, director Gillo Pontecorvo’s masterful film came at a time of rising left-wing radicalism in the West and a support for armed movements in the world. Hence, the importance of the film when watching Criterion’s special features on the history of the French military’s notorious use of torture, examination by U.S. counterterrorism experts, and a 1992 documentary by Pontecorvo on his return to Algeria 30 years after their independence.

This is a gem of a collection. 10 movies – or 12, if you count two extended editions – of Krzysztof Kieślowski’s Polish TV miniseries with each movie representing one of the Ten Commandments. It is not necessarily religious, but each story examines the moral, ethical dilemma the characters face from the tragic to the humorous. Somehow, Kieślowski, still within the confines of communist Poland, crafted these philosophical pieces set among the hardships citizens faced at the time and was given universal acclaim for his miniseries. My personal favorite has to be brutal fifth episode also known as A Short Film About Killing, which played a major role in the abolition of capital punishment in Poland.

I usually don’t blind buy, but because Netflix didn’t have a copy nor was it on FilmStruck at the time (check out that website), I made the request as a Christmas gift for the dual-Blu Ray version of the films. Jan Troell’s two-film adaptation of the four-part novel starring Max von Sydow and Liv Ullmann of a Swedish family’s trials and hardships moving to the United States in the 1850s is moving and an extraordinary spectacle.

Ingmar Bergman’s magnum opus is something that goes above and beyond the pale. Using parts of his own childhood, Bergman’s tale of two children whose lives are tragically altered hits on all the emotions from joy to mourning to fear. The theatrical version is 3 hours long, but the extended televised version clocks in at 5 hrs, 20 mins. Add in a full-feature documentary on the making of the movie (which is what the video above is), and you got an incredible piece of a cinematic achievement.

Criterion has someone notable from Film/TV come into their closet every month and pick out a number of movies to take home. In the episode with Bill Hader making a visit, he picks out this Japanese horror-comedy film and shows off a House t-shirt, which is also the cover of the movie. Thanks to him, I saw it, and if you enjoy crazy, absurd, cult masterpieces, watch Nobuhiko Obayashi’s psychedelic, funky, energetic gem which – to make sure I wasn’t hallucinating – I watched three consecutive times to pick up on Japan’s coming-of-age radical storytelling for a new generation in the post-war world.

The entire body of work by the legendary comic is underappreciated and not what comes to mind in terms of comedic films. Tati, who made 6 full-feature films, 4 of them with his bumbling character Monsieur Hulot, Tati used fewer words and mostly sound and pantomime to perfection to mimic the modernization of France and the new consumer world. The Oscar-winning Mon Oncle and the expansive, sharp Playtime are among his greatest achievements.

Before coming to America and striking in The Maltese Falcon and Casablanca, Peter Lorre played a realistic villain – a serial child killer – Fritz Lang’s chilling psychological thriller is a peek into mass hysteria, an ironic tale considering this was right before Hitler took power. But Lorre’s portrayal is a spectacle so full of madness that it didn’t need a score. With plenty of special features, including an English-language version and a 1975 documentary with Lang discussing his career with William Friedkin, M is arguably the greatest German film ever to own.

I had to throw in a Kurosawa film in here; nothing has struck me more than his multiple point-of-view story of a murder that is presented in four different ways. “The Rashomon effect,” in which the same event is given contradictory views, was born out of this movie, and so was the career of Akira Kurosawa, who had made a few good films up to this point, but Rashomon, with its sophisticated presentation on truth and justice, brought him into the global cinema conscious.

Krzysztof Kieślowski’s final contributions to the cinema before his retirement and death was a revelation to me with its visually stunning, interweaving connection of stories on liberty, equality, and fraternity, representing the colors of the French flag. But, like his Dekalog, it is not directly political, but philosophical in human emotions that stretches to Switzerland and Poland in his three movies. Juliette Binoche, Julie Delpy, and Jean-Louis Trintignant have a major role in the trilogy, providing us a symphony of a beautifully shot, emotionally deep Trois of stories.