Featured: Breaking down the Deadpool trailer & what it means for comic book movies 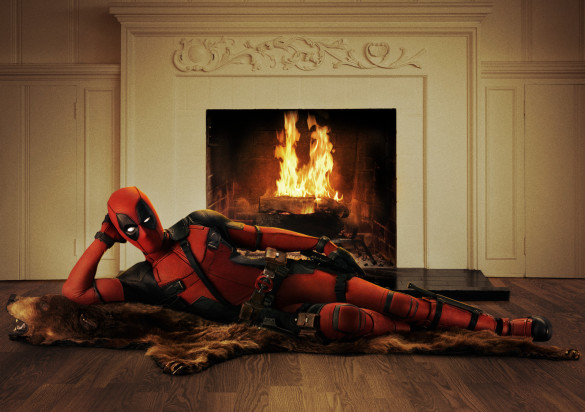 Two weeks ago, Fox released two trailers (one green band and one red band) for Deadpool. To say they were glorious would be an understatement. As a comics fan, and a self-proclaimed geek, these trailers made me giddy. Filled with inside jokes, fourth wall breaks, and all the things that make Deadpool Deadpool, these trailers were absolute proof that studios can make a completely true-to-character comic book film. But, let’s just appreciate all the Deadpoolyness that was so great.

There’s a lot to digest here, but let’s go back to the start. I’m assuming that if you’re reading an article about Deadpool, then you probably are aware of who he is and what he does. But, just in case, let’s do a quick refresher.

Wade Winston Wilson (aka Deadpool) is a disfigured and mentally unstable mercenary. In the comics, which began in 1992, Deadpool is known for frequently breaking the fourth wall (hence the nickname: Merc with a Mouth). Wilson was diagnosed with cancer, and underwent the Weapon X treatments in hopes of beating the disease. The results left him permanently scarred, but gave him an accelerated healing factor (he can heal himself faster than Wolverine).

Okay, so let’s get into this.

The opening of the trailer might look familiar – and that’s because it is nearly a shot-for-shot remake of the test footage that was leaked a year or two ago. Star Ryan Reynolds had apparently been lobbying for a decade to get a Deadpool movie made, and used this footage to show was a good movie would look like. After the footage leaked, the fan reaction was so positive that Fox decided to green-light the project.

Really, the fact that this film is being driven solely off of fan support is pretty cool. It’s not something you see everyday, and Fox sticking to Deadpool’s true character is great. It would be easy for a studio to steer away from a character so crass, or even easier to make him less super and more real (a la Christopher Nolan’s Batman films).

And speaking of being true to form… 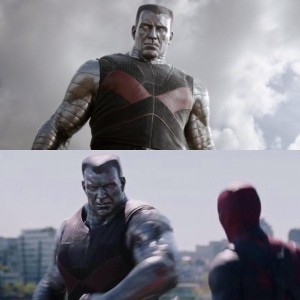 As a fanboy I’ve always been like, ‘That dude with the shiny skin is not f***ing Colossus.’ He should be this monstrous guy, and they actually let me make him seven and a half feet tall.

This time around the giant metal-skinned mutant will be played by Andre Tricoteux (best known for his work in ABC’s Seventh Son). Although,  Tricoteux is doing little more than just providing the mo-cap for Colossus, as he’ll be depicted entirely in CG in the film. This is what led to Daniel Cudmore declining to return in a fourth film.

I did get a call for Colossus but it was CGI/stunts and not using my voice so I graciously passed. Love 2 play him in the future as an actor

It’s also great to see that Fox wasn’t afraid to take some shots. As Wade is being wheeled on a gurney we hear him say, “Please don’t make the super-suit green… or animated!” This is a not-so-subtle jab at the 2011 film Green Lantern which was… terrible. 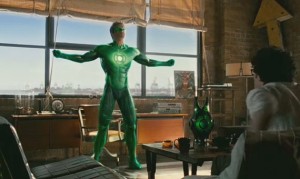 While that’s the only jab in the trailer (and don’t worry, Reynolds and Miller have both promised many more), there was another in the teaser trailer, with Deadpool saying, “From the studio that inexplicably sewed his f***ing mouth shut the first time…” How meta is this? We’ve got Ryan Reynolds, working for Fox, as Deadpool, talking about other times he (Reynolds) has worked for Fox as Deadpool. 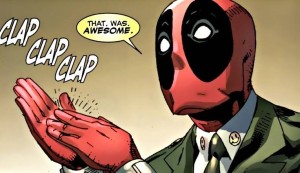 The Mask Makes The Man

Another great decision regarding Deadpool’s appearance was using CGI on his eyes. Allowing his eyes to move and show emotions will make it look just like he jumped out of a comic panel. Good stuff.

Weasel (played by T.J. Miller) is an information and arms dealer for Deadpool. He’s somewhat of a sidekick, and throughout the history of the comic it appears that Weasel might be Wade’s best (only?) real friend. If the trailer is any indication of the film, it looks like Miller will be stealing every scene he’s in.

Blind Al (Leslie Uggams) is a UK intelligence agent who fought alongside Captain America in WWII – obviously this will be omitted in the film – who eventually becomes a target of Deadpool. Instead of taking her out, he spares her and she turns out to be somewhat of a mentor/housekeeper for him. She’s sarcastic and dry, and clearly isn’t afraid to poke fun.

Also known as Francis, Ajax is Dr. Killebrew’s enforcer for his laboratory. He has his nerves removed so that he can better deal with pain (this also gives him super strength), and in the comics he discovered Deadpool’s regenerative abilities by removing his heart. Ajax is also the subject of some of the Merc’s nightmares, indicating that their encounters have been disturbing.

Wilson’s love interest in this film is Vanessa Carlysle. She can be seen during the sword-fight clips with Ajax in the background, causing many to speculate that we’ll see her mutant alter ego in this film, Copycat. She is such a powerful metamorph that she can duplicate things down to a molecular level, although over time this takes a toll on her.

Considering this film doesn’t hit theaters until February 2016, it might seem silly to already be looking ahead, but there are a few interesting tidbits surrounding a sequel. Director Tim Miller already let slip the fact that Cable will be featured prominently in the next film. Cable (Nathan Summers) is the son of Cyclops and Jean Grey’s clone. He was sent to the future (hence the aged appearance), and he has telepathic and telekinetic powers. He’s had numerous run-ins with Deadpool.

Really, there’s a lot to be excited about here, regardless of whether or not you’re a Deadpool fan. This film is happening the way so many of us fanboys had wished for so long. The talent involved loves the character, it’s being made off of fan support, and it’s being true to the character you’d find in the comics. No one ever really had the sense that Tobey Maguire loved Spider-Man, or that Christopher Nolan and Christian Bale were aware of the stories of the Dark Knight any more than they had to be. We never really thought that Sony cared as much as we did. While hoped our favorite characters would be depicted in an epic fashion, it only happened rarely in the mid-2000’s (Spider-Man 2, The Dark Knight saga, etc.). Even today there’s talk of what can and can’t be done with comic-book movies. Studios are obsessed with making things as realistic as possible – and in many ways that’s a good thing – but we can’t forget that one of the reasons we love comics so much is that they take us out of reality. Deadpool could be a game changer for films in this genre. Maybe it would be as small as Batman getting solid white eyes in the cowl, or maybe as big as putting to rest the idea that a moving mouth is the only way audiences will understand emotion. Or perhaps more importantly, maybe his fourth wall breaks will remind us that it’s all a movie.

Either way, one thing is certain: Deadpool looks to be a bloody and hilarious ride, taken straight out of the inky pages of a comic-book. Lucky us.

Nathan Cunningham is a contributor for InSessionFilm.com, and can also be found on UpAllNightNews.com