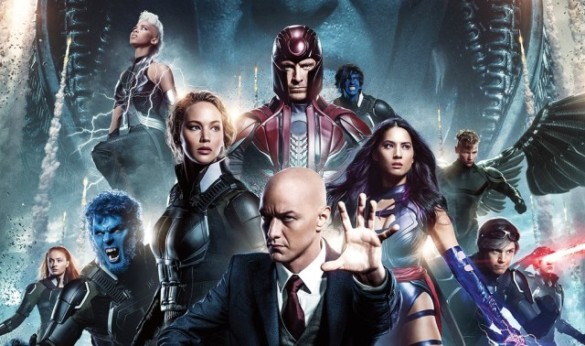 X-Men: Apocalypse is the ninth installment in the X-Men film series and if it plays out like early reviews have suggested, the new trilogy of X-Men films will mirror exactly what the first three films did. The first X-Men back in 2000 was a pretty good film and I’d argue that is the film that kicked off this “Superhero” era we’re living in now. In 2011, X-Men: First Class re-launched the X-Men universe and was also pretty good. Continuing the trajectory, X2 was even better than the first X-Men and similarly X-Men: Days of Future Past exceeded First Class. Even if you disagree with my assessment so far, we can all agree that X-Men: The Last Stand was by far the worst film of the original trilogy. And by looks of it, if you believe the critics, X-Men: Apocolypse seems to mirror exactly what The Last Stand did, but this time it’s on Bryan Singer’s shoulders. If that turns out to be true, I find that interesting and you’d think they would have learned from previous mistakes.

That said, I do have faith in Singer. He’s certainly had some missteps such as Jack the Giant Slayer and Superman Returns but The Usual Suspects is a beloved film for a reason and even Valkyrie I think is good for what it is. And of course, his work in the X-Men universe has been quite stellar so far. X-Men: Days of Future Past nearly made my Top 20 of 2014, that’s how much I liked the film. It unfortunately just happened to be released the same year as Captain America: The Winter Soldier, Guardians of the Galaxy and Dawn of the Planet of the Apes, all creme of the crop blockbusters. That doesn’t take away from Days of Future Past though, I really enjoyed that film and loved how it touched on these ideas of mutant powers and how it’s the X-Men’s burden to bare the pain of humanity, all without breaking, and that it’s born out of hope. I found that notion to be the true core of the film and it moved me. Especially this scene:

It’s a wonderful scene that is powerfully acted and emotionally elevated by John Ottman’s score. This through line easily makes up for the film’s flaws, for me. It’s also why I want to have faith in Singer as a director. He is capable of transcending his film’s failures with very human moments like you see in the clip above. So yeah, maybe Apocalypse isn’t great but if we get a few moments here and there like the one I just mentioned, it’ll be satisfying enough for me. Plus, Oscar Isaac is playing the title role of Apocalypse. Say what you want about his aesthetics, but the dude is an amazing actor and I truly believe he will make the character resonate. Additionally you have Michael Fassbender, James McAvoy, Nicholas Hoult, Rose Byrne, Evan Peters, Sophia Turner, Kodi Smit-McPhee, Tye Sheridan and Jennifer Lawrence. That’s one hell of a cast, even if Lawrence is folding it in.

All in all, I’m still excited for X-Men: Apocalypse and I’m excited to see where they take the new characters. What do you think though, are excited for the film?

Here’s a list of other movies that are coming out this weekend at the box office: