Featured: Anticipating ‘Transformers: The Last Knight’ …this outta be interesting 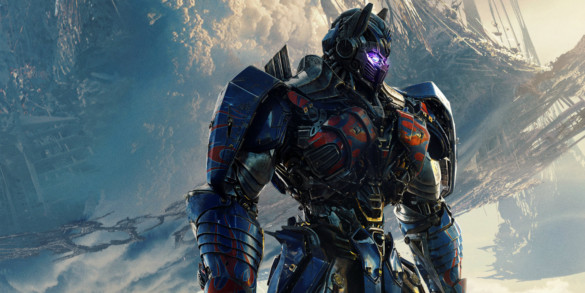 This week features the release of Michael Bay’s latest in Transformers: The Last Knight, a franchise that somehow keeps making gobs of money despite critical reaction. The Last Knight is the fifth installment in the franchise and according to its star Mark Walhberg, this is his and Bay’s last film in this series. Now, I’ve been on record of subjectively enjoying these films. They’re silly and ridiculous and feature robots fighting robots. I could care less about the human characters, but the lore of Transformers has always appealed to me and I find that element in Bay’s films to be interesting still. Optimus Prime isn’t the one from the cartoon, he’s more human and I love that about him. He’s the freedom fighter we’ve always known, but in Bays films, he is flawed and sometimes gets emotional – which makes him more relatable in a lot of ways. And Bumblebee has been the hilarious sidekick with a sarcastic attitude that I’ve enjoyed. The Autobots themselves, and even to a degree the Decepticons, haven’t been the problem in Bay’s Transformers.

The problem mostly lies in really terrible scripts that feature awful Bay humor, and the storytelling is flat out not a concern to the overall enjoyment of these films. Bay spends most of his energy in staging the action sequences – which is pretty excellent to be fair – and setting up comedic gags that are mostly offensive. As a result, Bayformers are mostly an exercise in creating visual eye-candy that has no substance. I could also understand if some audiences aren’t interested in the “eye-candy” aspect of it either, since it his CGI-overload. Personally, I don’t mind it since I love the robot characters as mentioned above, but I can sympathize with those who don’t find it interesting.

As for The Last Knight, this film on paper sounds crazy. Optimus Prime is off in space to meet his makers. On Earth, we’re getting robots, medieval knights and Nazi’s in the same film. Okay…I have no idea how that is going to work, but at this point, why the heck now? Right? If we’re going for silliness, let’s just go all out.

Usually this is where I ask for your expectations, but I’m guessing that most of you aren’t anticipating much for The Last Knight. I don’t blame you.