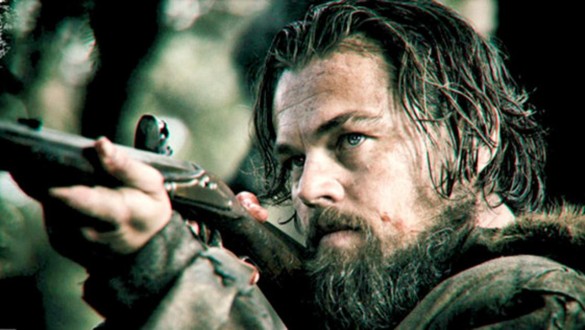 This week on the InSession Film Podcast, we’ll be discussing Alejandro González Iñárritu’s latest film, The Revenant, starring Leonardo DiCaprio and Tom Hardy. Of course, Iñárritu was well discussed last year with his Best Picture winner, Birdman and he stirred up a lot of hard feelings for some when he also won Best Director over Richard Linklater. Iñárritu, like many of his films, is a very polarizing subject. Some people find him very pretentious and overbearing, while others appreciate his craftsmanship and artistic approach. Regardless of where you lean on this fence, I find the conversation pretty fascinating and we’ll talk more about it on the show this weekend.

As for me and where I lean when it comes to Iñárritu? Spoiler alert, he doesn’t irk me in any way. He’s not the first pretentious director to come from Hollywood and he won’t be the last. I really appreciate his craftsmanship and especially love the approach to both Birdman and The Revenant. A lot of people have problems with the “gimmick” but for me, the camera and editing (and in the case of The Revenant, the lighting as well) do a great job of supplanting me in both of those worlds and help me feel the chaos and immediacy of those films. And the real reason it works? There’s thematic resonance to those films that give life to the characters, which makes it feel more than just a “gimmick” to me. Perhaps it’s my own pretentiousness speaking, but filmmakers use different techniques and ideas all the time, I don’t get why everyone loses their mind when Iñárritu does it too.

At any rate, we look forward to discussing The Revenant this weekend. Regardless of how you feel about the director, there’s a lot to appreciate about this film. Leonardo DiCaprio and Tom Hardy are very good. Will Poultier gives a surprising performance that I didn’t expect either. The bear attack (not a spoiler) is one of the craziest things I’ve seen and it’s breathtaking to watch. It’s also worth noting, if you’re reading this before seeing the film, get the proper expectation. Remember, this is Iñárritu we are talking about. Do you really think, based off of his filmography, that this is a simple revenge thriller? No, no it’s not. This film isn’t about revenge. It’s about survival. Surviving and using tools that you may not know you would need to use in order to survive. There is a revenge element, for sure, but know this film is a lot more than that. Whether or not that works for you is a different story. I can completely understand why it won’t be everyone’s cup of tea. Again, this is Iñárritu we are talking about. As for me, well I loved it. And I’ll tell you why on Episode 151 this weekend.

Be sure to listen to Episode 150, where we discuss Quentin Tarantino and The Hateful Eight!