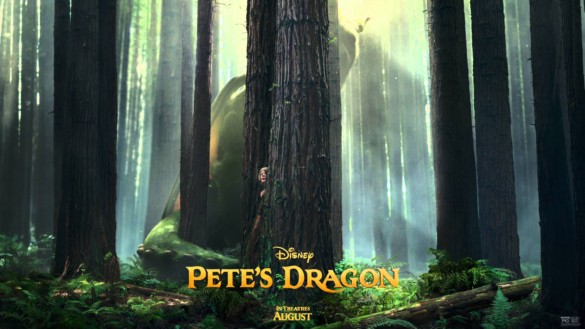 Disney’s latest live-action remake, Pete’s Dragon, has undoubtedly gone under the radar this summer, and it’s understandable. The original Pete’s Dragon came out in 1977, and while it has been beloved by many youngsters, it hasn’t been a household name over the years. Additionally, the new film from director David Lowery hasn’t had the same marketing campaign as other Disney properties, such as Civil War, Dr. Strange or Finding Dory. However, when that first trailer for Pete’s Dragon did drop a few months ago, we immediately raved about it and predicted it would be the big surprise hit of the summer. So, imagine our non-surprise when critics released their reviews last week and they were praising the heck out of it.

The film looks and feels like the golden age of Steven Spielberg and Amblin Entertainment. There’s no doubt that Lowery was inspired by the likes of E.T., and he now has the technology to create a live-action experience without the animated dragon. The resulting product looks magical, fun and really heartfelt. Elliot looks great and the actor playing Pete, Oakes Fegley, is getting some good praise as well. If you listen to the InSession Film Podcast, you’ll know that Brendan and I are big fans of good child performances. There’s something about a child’s innocence, that when depicted well, really resonates with us. So it’s exciting to hear about Fegley’s performance, and when interweaved with the bond he’ll have with Elliot, I can imagine the tears with be a floweth for me.

This summer has been mostly weak for big-budget blockbuster’s, but Pete’s Dragon could be the light we are all looking for to end the summer season. It may not “save” the summer but it would be great to go out on a better note. What’s ironic in the middle of that, is how Pete’s Dragon has been described by some to have an indie-like aesthetic. And as I raved about on last week’s Extra Film, the indie circuit this year has been spectacular. So I find it interesting that the one of the (potential) bigger surprises of the summer, embraces the same qualities that have made this summer better than what’s on the surface.

At any rate, we are super excited for Pete’s Dragon and will be discussing it further on Episode 182 this weekend. Are you excited for the film?

Here is what else is coming to the box office this weekend: