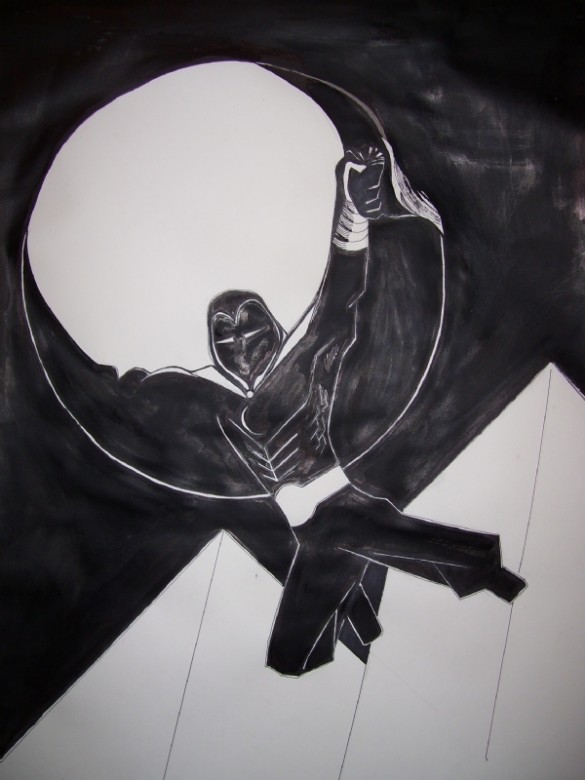 It’s become a fairly common opinion in the last year or two that the Marvel Cinematic Universe (or “MCU”) is getting a little overextended. Marvel Studios is churning out films at a pretty incredible rate, and each of them is virtually guaranteed to rake in about $200 million or more. But with a lineup of films planned up to 2020 and beyond, it’s all starting to feel like a bit much.

Part of the reason for that feeling, however, is that most of these movies are sequels and collaborations, meaning they’re ultimately just rehashing familiar themes and character struggles from the heroes we already know. Marvel is remedying this fact by introducing some new characters and film concepts in the next few years, but I believe they could do even better to branch out. After all, if the MCU is going to keep on expanding, it may as well do so with some variety.

None of these projects is guaranteed just yet, but here are a few films the studio may still produce.

Often viewed as a sort of evil version of Spider-Man, Venom is a very popular comic book villain that was unfortunately butchered in Sam Raimi’s shockingly horrific film Spider-Man 3. But that doesn’t kill the idea that this is a really unique character in the Marvel universe that could make for a very interesting movie. Venom is in essence a sentient alien substance (or symbiote) that requires a human host—so, naturally, he goes about infecting folks and endowing them with his powers in the process.

Before Raimi’s third Spider-Man film tanked, there were actually plans for a Venom spin-off. But when the franchise ended and The Amazing Spider-Man came about as a hasty reboot, the Venom film was temporarily scrapped. Evidently though, recent work between Sony Pictures and Marvel (basically, giving the Spider-Man film license back to Marvel Studios) has resulted in a renewed possibility for such a spin-off. Variety reported earlier this year that Sony, in collaboration with Marvel, is planning to move ahead with a standalone Venom film. So this one is still a possibility, even if it may not come directly from Marvel Studios.

Various entertainment news outlets have reported that Wesley Snipes has had extensive discussions with Marvel about resurrecting (or possibly just rebooting) the Blade franchise he starred in over a decade ago. That franchise started off quite well before fizzling out by the third movie, but it retains a fairly enthusiastic following, making a reboot a potentially profitable idea.

But more than Snipes’ reported talks with Marvel, it’s several other indications in the video game world that are making a reboot seem more likely. Betfair’s collection of games has long hosted a number of titles featuring licensed Marvel characters, but lately it has been spotlighting the Blade character more prominently even than the Avengers. Like other Marvel characters, Blade serves as a character backdrop for a slot machine, but in recent weeks he’s been front page material. Not-so-coincidentally, the character has also recently been added to the Marvel Heroes 2015 online MMO. Given the hold Marvel has on its entertainment empire, this hardly seems like an accident. It may even be a prelude to the official announcement of a reboot.

The Moon Knight is a lesser-known Marvel hero to anyone who’s not a fairly devout comic fan, but he also happens to be one of the coolest characters in the whole of Marvel lore. A lot of that is due to his mysterious, caped costume, but the character himself is also pretty fascinating: his real name is Marc Spector, and he’s basically a boxer-turned-soldier who ends up on a wayward mission lost in the Egyptian desert. There, he nearly dies before he’s saved by Khonshu (the Egyptian Moon god) who transforms him into a kind of demigod. Spector returns to the U.S. a wealthy man and basically becomes a Batman-esque crime-fighting vigilante under the guise of the Moon Knight.

A great costume, a Batman vibe, and the chance to do something entirely different ought to tempt Marvel into a major project revolving around this character—and it seems that maybe that’s just what’s happened. According to Comic Book Movie, Marvel and Netflix have added a Moon Knight show to their expanding slate of Netflix original series ideas. The show is expected to come out by or before 2017 and looks like a done deal. It would still be pretty great to see this character added to the film lineup, too.

The situation with Ghost Rider is much like that of Blade. There was already a film franchise that garnered some attention among fans but ultimately fizzled out. And in the time between then and now, the cinematic rights to the character have been returned to Marvel Studios.

Inquisitr quoted Kevin Feige, the creative boss at Marvel Studios, as indicating he had no specific plans for a new Ghost Rider reboot after regaining the rights. However, between Ghost Rider, Blade, and also the Punisher (another character whose rights recently went back to Marvel), it’s become difficult to imagine films won’t be developed. Whether or not a new Ghost Rider project would fit into the same MCU we’ve come to know remains to be seen, but it feels like a safe bet that the character sees the big screen again.