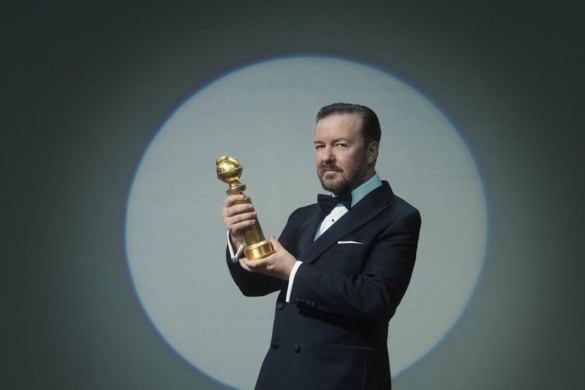 Tonight is the 2020 Golden Globes and it should be an interesting ceremony. Let it be known that I’m not necessarily an awards aficiondo like our own Ryan McQuade or our friends at Next Best Picture, but I pay attention enough and like to play along. So, with that said, here are my thoughts on who will win at this years Globes.

Prediction: I like The Irishman here. Martin Scorsese, that cast, another gangster film, and it’s great? Maybe Joker steals this, but I’m going with the former.

BEST MOTION PICTURE, MUSICAL OR COMEDY
Dolemite is My Name
Once Upon a Time in Hollywood
Rocketman
Jojo Rabbit
Knives Out

Prediction: Going with Once Upon a Time…In Hollywood as this year’s The Martian, aka the “comedy” winner that most people won’t see as a comedy. Even though humor in both films is kinda of important, at least it is in The Martian, but that’s another conversation for another time.

Prediction: Imagine the chaos on Film Twitter if Todd Phillips wins this award. I guess the mayhem would be somewhat appropriate to Joker, but sadly I don’t think we’ll get to live that reality. I think this is going to either Bong Joon Ho or Martin Scorsese. It would be really fun to see Joon Ho win, but I’m going with Scorsese.

Prediction: This is where I think Joker gets its win. Going with Phoenix here.

Prediction: This may be more obvious to awards aficionados, but to me this seems slightly tougher than some of the other categories. Maybe this is Scarlett Johansson’s to lose and I’m way off base here, but I could see this going to any of the five really. That said, I’m going with Johansson in what could be a career-defining performance.

Prediction: First of all, let me say that I love the nomination of Roman Griffin Davis. He’s so endearing and great in Jojo Rabbit. I also love that Dicaprio is getting a little love as I think he’s been forgotten this awards season, even though it’s a high caliber performance if you ask me. That said, I think this is either Eddie Murphy or Taron Egerton, and for some reason I kind of lean Egerton here.

Prediction: I like Awkwafina here. Ana de Armas has a great shot since Knives Out is nominated for Best Picture, but there’s something about the emotional heft of Awkwafina’s performance that I love that gets the edge here.

BEST SUPPORTING ACTOR
Tom Hanks, A Beautiful Day in the Neighborhood
Anthony Hopkins, The Two Popes
Al Pacino, The Irishman
Joe Pesci, The Irishman
Brad Pitt, Once Upon a Time in Hollywood

Prediction: This is another category where it could go in any direction, but I like Brad Pitt to win here. He had a phenomenal year and I think The Irishman will get rewarded in other categories.

Prediction: I really think Jennifer Lopez should win here. I love Laura Dern, she is the GOAT and gave a great performance in Marriage Story, but this should go to Lopez. In the end though, I think Dern does walk away with the win.

Prediction: This is kind of tough for me as I want Marriage Story or Parasite to win, but I’m dubious it’ll happen. I’m thinking this is where The Two Popes gets its recognition aside from its several nominations. It wouldn’t surprise me, though, if Tarantino wins as well. My prediction is The Two Popes, but hoping for Marriage Story.

Prediction: Lol at The Lion King being nominated for Best Animated feature. I would love, love, love for How to Train Your Dragon: The Hidden World to pull the upset, but I’m going with Toy Story 4 to win here.

Prediction: I freaking love these nominations. Good lord, what a lineup. Can’t go wrong with any of them, but I’m going with Parasite to win.

Prediction: I will be happy with a Joker win, but this is between Little Women, Marriage Story and 1917. I think Thomas Newman walks away with a win and some momentum leading up to the Oscars.

Prediction: Boo the HPFA for snubbing “Glasgow” for this category. Give me “(I’m Gonna) Love Me Again,” for the win.