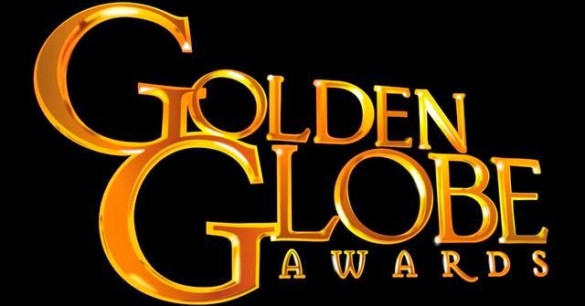 Well, tonight is the 2017 Golden Globe Awards and here are our thoughts on how we expect things to go down. Some categories are a lock, while others are up in the air. It should be a lot of fun, as always. At any rate, here are our prediction for this year’s Golden Globes:

Brendan: The HFPA likes to help pave the way to who the possible winners and main competitors at the Oscars will be. And with Moonlight getting the attention it’s receiving, Moonlight is expected to take home the prize here. Potential spoiler for Manchester by the Sea is possible, but it’s really Moonlight’s to lose.

JD: I agree with Brendan, this is Moonlight‘s to lose, setting up a fun “rivalry” with La La Land as we head into Oscar season.

Brendan: This is La La Land’s award to lose, and it will be a major surprise if it does not take home the prize here.

JD: La La Land and it’s not even close.

Brendan: Again paving the way for Oscars competition, Damien Chazelle and Barry Jenkins are arguably leading the pack. But for the technical precision used to craft a musical about Hollywood, I believe Damien Chazelle will take home the award here. But, like any awards ceremony, a great comeback is always welcomed, so don’t rule out Mel Gibson who could sneak away with a win.

JD: This is going to be a close one. It could go to either Chazelle or Jenkins and both are very deserving. Brendan makes a great case for Gibson, but I think he’s a distant 3rd. In the end, given all of the technicalities of La La Land, I think Chazelle takes this as well.

Brendan: Aside from paving the way for what we’ll see at the Oscars, the HFPA also likes to award the “most famous” celebrity in certain categories. Because that person is arguably Denzel Washington here, he could easily win for his role in Fences, and would be the case in any other year. BUT, this year we have Casey Affleck, who just has way too much steam behind him to ignore; it’s his year.

Brendan: This one is very tight this year, and honestly could go either way, as it reflects all types of celebrities the HFPA would like to honor. We have a newcomer such as Ruth Negga, then there’s Amy Adams and Jessica Chastain, both regulars and always competitive bets, but ones who have already taken home Globes before. I feel this comes down to Natalie Portman (another Globe winner but one whose performance as Jackie Kennedy has so much steam already) and Isabelle Huppert (giving the HFPA their international win). In the end, I think it will be Natalie Portman, but don’t be surprised if Isabelle Huppert takes it home.

JD: This is a very stacked category but in the end I think it’s a two horse race between Natalie Portman and Amy Adams, with Huppert not far behind. That said, I think Portman takes this one home.

Brendan: While the Globes would love to award a great comeback (Hugh Grant in this case), this is ultimately the battle of the Ryans. Ryan Gosling has a great shot; he has yet to win a Globe and La La Land is a potential frontrunner for the entire night. But the HFPA will also need to get their “pop entertainment” win for the night too, and who doesn’t want to hear Ryan Reynolds give an acceptance speech? Ryan Reynolds is my pick.

JD: First of all, why is Jonah Hill nominated here? I find that so hysterical. Secondly, Brendan is right. I think Reynolds surprises everyone and takes this one home over Gosling.

Brendan: It’s as safe a bet as any to predict Meryl Streep, no matter what she does. But not a chance this year; Emma Stone is your winner here.

JD: I would love nothing more than to see Hailee Steinfeld steal this one. She was spectacular in The Edge of Seventeen. That said, I expect Emma Stone to take this one home.

Brendan: First off, so funny (and great) to see Aaron Taylor-Johnson here, but he won’t be able to sweep the steam that Mahershala Ali has already established for himself, and he will most likely take this award home; also remember he has a great television career on his side too, which the Globes love to recognize as well. Most probable spoiler would be Jeff Bridges for his incredibly strange turn in Hell or High Water, but this seems to be Ali’s to lose.

JD: What Brendan said about Aaron Taylor-Johnson. I LOVE that he got nominated here. That said, as much as I love Bridges, I expect Ali to come away the champ here.

Brendan: She has yet to win a Globe or Oscar yet, and she also has her current television career on her side (similar to Mahershala Ali above), so Viola Davis is expected to take home the prize. But keep a possible eye out for Naomie Harris and Michelle Williams, but I just don’t think it’s their year this time around.

JD: I find this category interesting. It seems that, if you follow all the hype, that this is Davis’ award to lose. However, I find it personally so much closer than that. But for the sake of this exercise, I’m putting my money of Davis and would be surprised if she lost.

Brendan: This is yet another tight category, and honestly I feel it can go either way; this one is more complex than it should be, since there’s no split between adapted and original screenplay. Like the Oscars though, the HFPA also likes to split up their wins as much as possible, and it is here I believe Kenneth Lonergan will get his win for Manchester by the Sea, giving the film another win along with Best Actor, Drama. This then gives major wins to Manchester by the Sea, La La Land, and Moonlight, arguably this year’s powerhouse trio. But this really could be anyone’s category to lose, and I even have a hunch Tom Ford could win here, as the HFPA seems to have had an overall positive reaction to Nocturnal Animals.

JD: Brendan said it very well in his pick above. This could go in several different directions, but in the end, I think Manchester takes this award home. However, Moonlight would not surprise me in any way.

Brendan: When in doubt, go with Disney. Enough said. While Kubo and the Two Strings should win, I feel this will be between Moana and Zootopia. Moana is the safer choice, with Zootopia being the more bold and progressive choice. In the end, with the musical craze at a peak right now (not just for La La Land, but for Hamilton), Moana is my pick here.

JD: As sad as it is to say, Disney will reign King once again. Don’t get me wrong, I love the mouse, but this award should go to Kubo. But unfortunately it won’t happen, and instead we’ll probably see Zootopia take this away. Which I’m fine with, I adored that film too.

Brendan: With Isabelle Huppert nominated for Best Actress, Drama, it’s most expected to see Paul Verhoven’s Elle take home the prize here, and I honestly think it will go that way. However, Toni Erdmann could sneak in with the acclaim it’s getting, and Pablo Larrain could get an edge with his film Neruda, since he has two acclaimed films out this year (Neruda and Jackie).

JD: I expect Elle to take this one but with Toni Erdmann nipping at its heels.

Brendan: Justin Hurwitz for La La Land has this one, and I honestly can’t expect it to go any other way.

JD: I hope Justin Hurtitz has his speech ready to go. He’ll need it.

Brendan: In any other year, I would repeat and say, “When in doubt, go with Disney.” But this year we have La La Land, which is expected to sweep the night, so this could be a fight between La La Land and Moana. In the end, I’m expecting “City of Stars”, La La Land to take this one as well.

JD: Would Ryan Gosling be willing to sing “City of Stars” on his way to the stage?