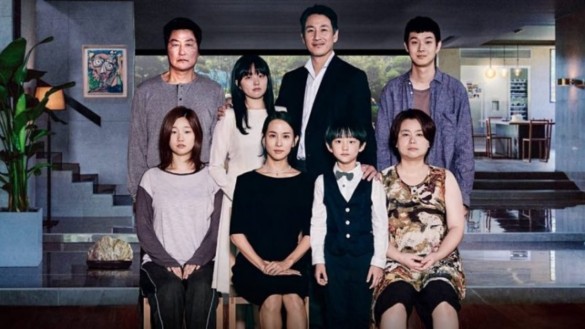 Halloween is happening on live TV with COVID-19 hanging around and a massive Presidential election just around the corner. As people plan with their kids to (uber)safely take their kids out trick-or-treating, cinephiles have more treats coming out from Criterion. Two films, an early Stephen Frears work, and a Godard folly are getting re-released, two more hidden American works are coming in, and a certain Academy Award winner for Best Picture is, with a ton of fanfare since the announcement in July, is coming in like a large storm flooding the alleyways.

Gregory Peck plays the anti-hero Jimmy Ringo, known for his fast draw that makes him an easy draw for people who want to kill him, but the threats against Ringo take a toll on him as he goes back to his estranged wife and the son he never knew. It’s a Western noir, a mix of two genres that came in the 1950s and steered away from the heroic side of cowboys and lawmen. Before Gregory Peck was offered the role, John Wayne was the first option but turned it because the script was originally bought by Columbia Pictures and Wayne hated its President, Harry Cohn.

Godard’s favorites in Jean-Paul Belmondo and the late Anna Karina play former lovers who get back together and go on the run committing various crimes. As traditional Godard, the mix of crime, romance, and comedy also featured continuous moments referencing pop culture and give a reflection on the criticism of the upper classes who Godard loathed. In beautiful color and modernizing of a calmer France, it would be among the last works in Godard’s first phase where he then shifted to politically charged movies.

Diahann Carroll played the titular character, a single mother of six who falls for a garbage collector (James Earl Jones) who struggles to balance caring for her children who are hostile to her new beau and the restrictions of welfare. She needs every dollar she can get, a symbol of the struggle Black communities in the working class had to deal with. Such a socially conscience film could not be a romantic comedy, but that’s exactly what the film is and set to a soundtrack by Curtis Mayfield featuring Gladys Knight & The Pips. The role was to be played by Diana Sands, but in the first week of filming, she was diagnosed with cancer (and died shortly after) and Sands suggested her close friend take over. Carroll would receive an Oscar nomination for her performance.

Terrence Stamp is a former henchman who lives in Spain after becoming an informant against his own. When two hitmen in John Hurt and Eric Roth come to incept him for execution, Stamp accepts his fate and the ride back to his execution site suddenly becomes a struggle just to get a job done. With Stamp as the happy-go-lucky dead man walking, the conflict between the hot-tempered pro and his protegee spills out on the highway and, with a beautiful Spanish woman (Laura del Sol) in tow, director Stephen Frears makes a hot flamenco dance out of the trio on who will survive the struggle for the honor amongst killers.

I mean, do I need to explain this film? Do I need to explain why Criterion sought it and why people still admire its power? That Bong Jong-ho is going to have another of his movies getting the Criterion treatment? Before COVID-19, we were coming off the high of the tight-assed AMPAS giving Best Picture to an international film, one year after many groaned over Green Book winning Best Picture. It is the last good thing that has happened since the shutdown, since the normal we had was shuttered. That our good friend, Matt Neglia, has Jane Fonda’s announcement at the start of his Oscar podcasts. And, regardless of what happens in the Election (yes, even if Joe Biden beats Donald Trump), Parasite winning 4 Oscars including Best Picture will be the moment of the year 2020.