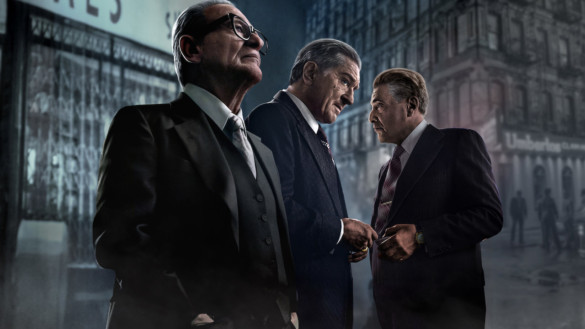 Now, we’re getting into the holidays, and shopping for your cinephile friends and family (or buying for yourself) now features more editions to the Collection. Four new films come in with three of its directors having another masterpiece being added in while an indie breakthrough gets its full recognition finally. Then, there is one of the greatest directors in the history of cinema, now joining the collections of other masters to be had in one box. Here are November’s newest inductees.

The inaugural winner of the People’s Choice Award at TIFF, Claudia Weill shot her film for $140,000, a mix of grants and private investors, cementing the strength of independent cinema for female directors, to which there were hardly any at the time. The protagonist, played by Melanie Mayron, fumbles her way place-to-place while living as a freelance photographer for different events, seeking to showcase her own gallery. Eli Wallach, Christopher Guest, and Bob Balaban co-starred. One of its biggest fans was Stanley Kubrick, who acclaimed it as, “one of the very rare American films…with the serious, intelligent, sensitive writing and filmmaking that you find in the best directors in Europe.”

A wonderful romantic-comedy from the 80s, Norman Jewison’s Italian-American families, the Cammareris, and the Castorinis, get together for love, marriage, and opera. The wooden-handed Ronny (Nicholas Cage, when he did great films) falls for a widower (Cher) who is engaged to his brother (the late Danny Aiello) and makes the push to steal her heart when his brother goes over to Italy. Like an old commedia dell’arte, a sudden twist in the path of love jeopardizes the new romance, but Jewison and writer John Patrick Shanley cruises it into the hearts of viewers that stands up along the other great romantic comedies in film history.

Jim Jarmusch is a chameleon, tapping into different genres and creating some of the most original pieces from any artist. In his sixth installment to the CC, Ghost Dog is a mix of the mob drama with the Japanese “Hagakure” of sword fighting. Forest Whitaker is the titular character who goes from a hitman to being sought out for a hit by his employers after one of his jobs doesn’t go according to plan. Jarmusch mixes the two styles for a very street-level appeal thanks to the soundtrack by RZA of the Wu-Tang Clan and the influence of Jean-Pierre Melville’s Le Samourai which is very obvious.

Joining Roma and Marriage Story on Criterion’s Netflix releases is Martin Scorsese’s 3.5-hour gangster drama about hitman Frank Sheehan and his relationship with mob boss Russell Bufalino and Teamsters leader Jimmy Hoffa. Through the ridiculous complaints of why Anna Paquin doesn’t have many lines (her character’s silence is deafening to Sheehan) to the length of the picture (Gone With The Wind and Cleopatra are longer), this is not like Scorsese’s other gangster flicks. It is a personal view for an aging man who feels guilty for his betrayal and pays a hefty price, to which I ask the Academy, why did DeNiro get snubbed for a Best Actor nomination?

This year is Fellini’s 100th birthday. The iconoclast from Rimini shaped the world of post-war international cinema first a writer in some noted neorealist films by Robert Rossellini, then turned to the director’s chair and made some of the greatest films ever. In one box, his poetry, memory, and majestic touch in 14 of his films, from Variety Lights to 8 1/2 to Intervista, can be yours, along with plenty of special features include full-length documentaries on Fellini and noted collaborator, Marcello Mastroianni, plus behind-the-scenes documentaries on several films and two booklets filled with production notes, on-set photos, and essays from film historians.