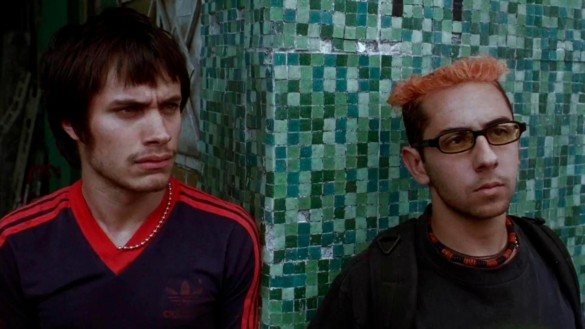 We are at the end of a GUBU year: Grotesque, Unbelievable, Bizzare, and Unprecedented. With the political and social upheaval all around us, the holidays are in full swing and now we count the days to Hanukkah, Christmas, and the New Year. For December, we have four final movies from Criterion for your purchasing pleasure or as a surprising gift for that other cinephile friend you have. We have two already in the collection getting re-released and two more joining the list, an introduction to a major director and a shocking film on sex and violence coming together in an unusual way.

Robert Bresson, one of our great humanist directors with one of the most recognizable styles, follows the depths of loneliness in a teenage peasant girl, the titular character. In the countryside, she struggles with a mother who is ill, a father whose only love is alcohol, and a baby brother who she has to care for always. There are no friends; her poverty is worn and she is subject to constant ridicule from children and adults. Bresson sees in Mouchette (“little fly” in French) a tragic character who he described as someone, “Found everywhere: wars, concentration camps, tortures, assassinations.”

This is one of the most radical pieces of filmmaking in the latter half of the twentieth century. Avant-garde actor/writer/director William Greaves took the independent road in being a film director when black filmmakers were scarce. An experiment in conflict, the very long, hard-to-pronounce title (based on the word “Symbiotaxiplasm” by American philosopher Arthur Bentley, which meanings are another piece to explain) follows a film crew directing a drama about a woman confronting her husband about his alleged homosexuality. But the film is not about that about the conflict of directing people and the crew’s conflict of how the director is directing. Its metafiction and there are layers in the short film that has many sides to it. The film was a cult hit only documentary lovers saw as a masterpiece, and when it was reshown in Sundance 1992, director Steven Soderberg and actor Steve Buscemi helped Greaves to finance his sequel, which was released in 2005.

David Cronenberg already made films with quality shock value including Scanners, Videodrome, and Dead Ringers. Then came an erotic movie about symphorophilia, sexual arousal coming from watching violent car crashes, a film extremely divisive that the movie was temporarily banned in some places and feared there would be copycat events. David Spader plays a film producer who gets into a car accident and encounters a woman (Holly Hunter) who survives the crash but shows her arousal towards him. It’s a hidden world of a fantasy that is explained as, “reshaping of the human body by modern technology,” and Cronenberg displays this in his typical way that can either be embraced or be sickened by.

Alejandro G. Inarritu’s feature debut was a bombshell, receiving an Oscar nomination for Best International Film, and building a string of hyperlink cinema that Traffic, Syriana, Crash (the Paul Haggis one), and Inarritu’s Babel would build their narrative with in the 2000s. The first of his Trilogy of Death which was all written by Guillermo Arriaga follows three stories connected from a singular car crash the characters are connected to. They are stories of love, violence, loyalty, and cruel twists of fate for every one of them, all connected to man’s best friend (or is it with some of these people). It’s an incredible piece of work that deserves to be seen again and again.