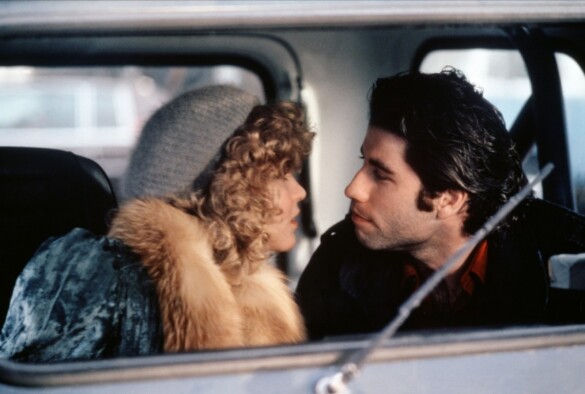 Henri-Georges Clouzot’s early noir piece was filmed under Nazi rule in France and was condemned right, left, and center for various reasons. After the country’s liberation, when Clouzot was banned from filmmaking for allegations of collaboration, the movie was given a second look and seen as a great film with the message of paranoia in a closed setting and the pain caused by those who name names in order to stay “safe.” It’s about the dangers of these poison pen letters that reveal corruption in all facets of life, setting the tone for his future masterpieces in The Wages of Fear and Diabolique.

Also getting a re-release is Brian DePalma’s neo-noir within the post-production process of a sound engineer (John Travolta) who happens to hear proof of an assassination. Realizing the evidence he possesses, he and a witness (Nancy Allen) who is clearly in danger now must evade a hitman who looks to silence them both. Set in DePalma’s hometown of Philadelphia during the 4th of July celebrations, it’s an exhilarating cat-and-mouse chase that did not get attention upon its release and only decades later did its reputation grow.

Independent film master Sean Baker made his sophomore effort with Shih-Ching Tsou, who has gone on to be Baker’s producer in his subsequent films. It’s a striking piece of neorealism, following a Chinese immigrant living in New York who gets in trouble with the people who smuggled him here and must quickly collect the money he owes. On a shoestring budget, Baker and Tsou used non-professionals, a skeleton crew, and shot in an actual Chinese restaurant with small, digital cameras where real-life cooks were themselves illegal immigrants and Baker avoided capturing their identities.

Darius Marder’s directorial debut is a triumph with his Oscar-winning portrayal of a drummer (Riz Ahmed) who suddenly goes deaf and must adapt to a new life within a deaf community. It’s a harsh dose of the new reality he struggles with, but the movie fantastically captures the environment of being in a totally silent setting. Paul Raci is the leader of the community as a person who can speak but has lost hearing (he is a real-life CODA before that movie came out) and is so valuable in that role. Being an Amazon release, the streamer was bound to get a Criterion release from the start and it is here.

The next volume of films courtesy of Scorsese’s Film Foundation features six more international films that are getting a new breath of life for viewers. Two films from the 1930s: Argentina (Prisioneros de la Tierra), Hungary (Two Girls on the Street); one of India’s first post-independence (1947) films, Kalpana; and three 70s dramas originally thought as lost: Iran (Chess of the Wind), Cameroon (Muna moto), and Angola (Sambizanga). Once again, Scorsese puts out their discoveries that make cinema such a global asset.

Prisioneros de la Tierra is considered the first great Argentinian film, but the surviving prints were found in Paris and Prague. It was given its rebirth in 2019, marking 80 years since its original release. Two Girls On The Street is a comedy by Andre De Toth, who would move to the United States and make a name in Hollywood with films like Pitfall, Last of the Comanches, and the successful 3D film from the 1950s, House of Wax. In Kalpana, writer/director/choreographer Uday Shankar made his only film with this fantasy-musical ballet that survived a fire in India’s National Film Archive Vault and was restored by Scorsese’s Film Foundation in 2010.

Sambizanga was directed by one of the first female directors in Africa, Sarah Maldoror. It is a docudrama about the Angolan War of Independence (1961-74), which noted film historian Mark Cousins called one of the best films to ever come from the continent. Muna Moto is a village story about love prohibited due to dowry politics but does not stop the young man from kidnapping the woman he loves and fleeing traditions. Chess of the Wind is set around an aristocratic family disputing over the family jewels, but the film was briefly released before being ransacked by the Iranian Revolution in 1979; it was miraculously rediscovered in 2014, restored, and rereleased in 2020.