Classic Film Review: After 45 years, ‘The Bad News Bears’ is still one of the scrappiest underdog films 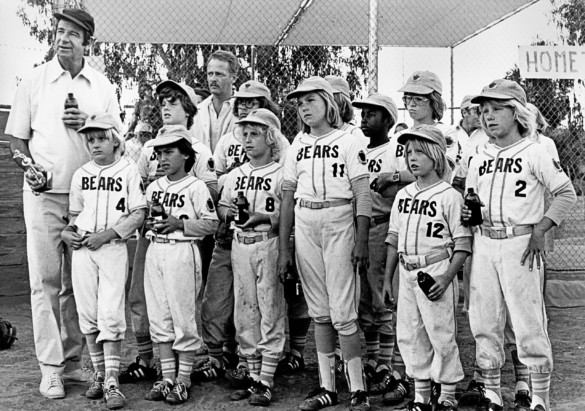 This week saw the return of major league baseball for the 2021 season. In recent years, I’ve found that I like to indulge in my fandom by not only watching games, but baseball movies too. This year, one of the all-time baseball comedies celebrates its 45th anniversary the same week as Opening Day in pro baseball. When The Bad News Bears came out in 1976, it was overshadowed by another underdog movie that happened to win Best Picture and spawn a franchise: Rocky. Still, the former was a box office success and takes a different direction than the tale of the boxer from Philly.

Michael Ritchie’s film begins with an immediate introduction to the lead character, Morris Buttermaker (Walter Matthau). We’re given an indication of his alcoholic tendencies when he pulls up to a youth ballfield, in a car that is past its glory days, and pulls out a beer from the cooler in the backseat. It turns out that he’s a former pitcher who never made it past the minor leagues, and he’s just agreed to coach the Bears, a team of pre-teens in Southern California. He’s not taking the job out of the kindness of his heart, but rather because he gets paid to do it. He spends his days lazily cleaning swimming pools without much purpose, and it appears the pool-cleaning business is not treating him well.

The Bears are the definition of ragtag. They only exist because the father of one of the players sued the high-maintenance league to ensure the team could join, and they have no chemistry when they first begin practicing. They trip over themselves while chasing fly balls, jump out of the way when ground balls come their way, and their chances of hitting a pitch are barely above zero percent. This is all very humorous, and it doesn’t seem to bother Buttermaker, who could not care if they win or lose. However, as arguments brew between him and the arrogant coach of the league’s best team (Vic Morrow), his competitive nature pushes him to make the Bears a championship team.

While the film has laughs that are still effective to this day, it’s clearly a product of the 1970s in a number of ways. Part of that is in the style of the film, which has a sort of low-budget quality in its graininess and overlapping dialogue that at times makes it sound like an Altman film. It’s also apparent through the stars of the film, including Matthau, who was coming off of two Oscar noms in previous years of the decade. Even more interesting is his co-star Tatum O’Neal, who is clearly not a co-lead but received top billing alongside Matthau due to her Oscar win for Paper Moon three years earlier.

O’Neal is a force in the film, and she’s one of few characters that can wear down Buttermaker. She plays an 11-year-old who sells maps at intersections and learned how to throw a mean curveball from Buttermaker when he dated her mom a few years earlier. She’s joined by the likes of a young Jackie Earle Haley, who plays the uber-talented and almost mythic Kelly Leak, a bad boy who joins the team late in the season as a way to get under the skin of Morrow’s character.

The rest of the team consists of kids who all have their own little quirks, even if they aren’t given the development of O’Neal’s. Most of them have dirty mouths, and nearly all of them are willing to fight when the moment arises. A real strength of The Bad News Bears that has stood the test of time is in the casting of the players. The kids actually seem like real kids. This shouldn’t be such a difficult task, but Hollywood has a history of hiring 15-year-olds to play characters that are actually 11 or 12. That’s not the case here (except for the casting of Haley, though that’s kind of the point of his character).

Still, the Bears wouldn’t be bad news without their leader, and Matthau was meant for this role. There seems to be a realization that the performance should not strive to make the character likable. Part of the strength of the role is in how lazy Buttermaker comes off, and Matthau combines that with hilarious line delivery that also denies the “try-hard” attitude. His character development serves as a comment on competition in American sports, particularly in his toxic handling of his coaching duties and how he transforms that by the end of the film. It’s tough to imagine anybody else playing the role, even though Billy Bob Thornton did do quite well with it in the 2005 remake.

Beyond the actors and performances, the film is a reflection of the 1970s–and especially 1970s cinema–in terms of its plot and the themes behind it. On the surface, this is the simple story of how a youth baseball team turned their season around to take on the overconfident league leaders (aptly named the Yankees). But it’s important to consider why the Bears came to be, and how the team is constructed. Though unintentionally, the continued participation of the Bears in the “North Valley League” is a challenge and opposition to the uptight authority. This is supported by the unconventional ways the Bears play baseball, from O’Neal sneakily throwing illegal pitches to players leaning into pitches to get on base. It’s a reflection of a pretty common theme in 70s media, especially in the midst of distrust of the government after Watergate and the Vietnam War.

When looking past the big picture, the film is also a celebration of those that work against the norm. Though the sports genre is filled to the brim with underdog stories, the Bears take that to a new level. Not only are the players bad-mouthed, dirty, and originally quite terrible compared to the rest of the league. They also don’t maintain the suburban recreational league style. Their late submission to the league means they don’t get the “good uniform colors” or a notable sponsor. Rather, they wear a shade of mustard yellow and are sponsored by the now iconic “Chico’s Bail Bonds.” And most importantly, these are the heroes of the movie, while the clean, “normal” teams are the bad guys.

Granted, there are some aspects of the film that could have stayed in the 70s. One of the most recognizable members of the Bears, played by Chris Barnes, has a few lines that are racist and homophobic in nature. Some viewers might not be in tune to the basic storytelling style or the humor that doesn’t try particularly hard for gut-busting laughs. As a baseball film, it’s more of a lesson on how not to coach youth sports than anything else. However, the film has aged very well in many other areas, particularly in how it takes the underdog story in a unique direction. Just when we think these players are going to transform into a more sportsmanlike and caring group of kids, the film ends with them sipping beer after the championship game and telling the other team to stick their trophy and apology where the sun doesn’t shine (though in a much harsher fashion). And yet, somehow the film is better as a result of that.