Classic Film Review: ‘In the Mood for Love’ Is Intellectually Challenging 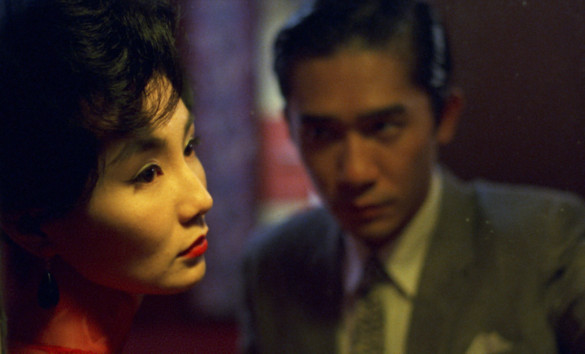 This is one of those situations where I find myself just loving a film, even though I know that I’m meant to absolutely lose my head over it. Critics and friends had told me that it was easily one of the best films of the 2000s. That praise doesn’t usually get heaped onto anything that is mediocre and I was sure that this would inspire me to plunge into Wong Kar-Wai’s filmography as soon as I possibly could. Things didn’t exactly work out as I expected them to…

In the Mood for Love is about a romantic relationship between people who choose to repress their natural desires instead of giving into them, and end up hurting themselves in the process. It is set in British Hong Kong in 1962 and deals with members of the middle class. The focus is on their time off work and the hours that they spend alone when their closest relatives are occupied. The protagonists are Su Li-zhen (Maggie Cheung) and Chow Mo-wan (Tony Leung) who realize that their spouses are having an affair with one another. After learning this, they find themselves forming a friendship. They resist giving in to their attraction but enjoy being in each other’s company and continue to agonize over the demise of their respective marriages.

In the Mood for Love (2001) is a foreign language film, and, as the dilettante I am, I expected it to work with a visual palette that would seem completely foreign to me. My silly, narrow minded notions were quickly dispelled by the way that Wong sets up the opening scenes. He presents us with hustle and bustle, tight, confined spaces, and loud, showy colors that seem to be at odds with the grim expressions worn by all of the characters. Curiously, one is brought back to the melodramas of William A. Wellman, that great purveyor of sob stories that came paired with a cynical message. Wong presents us with a dizzying beautiful Hong Kong, in which even inconveniences can appear trendy and stylish. He and Wellman both share an anthropological sensibility and seem more interested in portraying how ordinary people would react to living in this perfect world, than simply being extravagant. It is this quality that makes this film immediately accessible to fans of classic cinema. That is a rare quality in the world that we currently inhabit. It’s hard to imagine Zack Snyder making a film in which there was actually some substance behind the flash.

Wong is able to look askance at Wong and Su and leave us to make up our minds about their actions. He distances himself and the audience from them and then forces us to accept the artificiality of their world. They are two people who never directly confront their spouses and they seem to be fully capable of living in denial. The camera dutifully picks up on their beauty, a quality that we tend to associate with goodness, and yet it does not go further than that. I never felt as though these characters had been sexualized and it was always as though I was inspecting statues. There are times when the camera will just rest on Cheung’s anguished profile and she seems otherworldly. Wong is telling us to study their features, instead of desiring them or projecting our own emotions onto them. It’s an odd approach to telling a story that could have been all about emotional outpourings.

You’ve probably noticed that I’ve done a lot of contemplative evaluation of the themes involved in this story. I do that because I don’t have a firm handle on In the Mood for Love. Maybe it will take time for the film to take its grip on me. I do find myself thinking back to scenes and images from it and I have a loose image of what Wong was trying to communicate, I just haven’t put all the pieces together yet. Sometimes it’s lovely to have an evolving relationship with a piece of cinema and I suspect that this will be one of those times. With reflection and reading of various pieces of film criticism, I can gain a firmer understanding of what has made this such a beloved piece of cinema.