Chasing the Gold: How Did That Get Nominated for Best Picture? (2016) 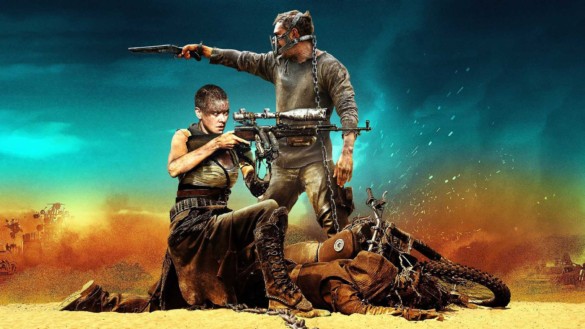 Let’s be honest. The Academy Awards of 2016 were rather dull. Spotlight took home the top prize. It is a very respectable film that dealt with a capital I “Important” issue, which Academy voters apparently love. However, despite making me research the crimes committed and overlooked in the Catholic Church, it’s not that powerful a film. It is a solid film, one that should be seen, but it is not a classic. The films of 2015 were a pretty simple lot. Good films, with emotional and powerful performances, but nothing that stands out. Out of this group, I can definitely say, with confidence, that the film that absolutely did NOT deserve a Best Picture nomination, was Mad Max: Fury Road.

I fully admit that this is not a movie I expected to enjoy.  That being said, everyone, I know and respect in the film world said
“No, Amy, this movie isn’t just a car chase!  It’s about feminism! And post-apocalyptic society! And the visuals and editing are brilliantly done!”  Well, my friends were right about one thing. The visuals, effects, and editing are brilliantly done.  This is a very beautiful, slickly made film. I don’t expect every film to be realistic. I understand we all have to suspend our disbelief when it comes to movies. As a huge fan of Baz Lurhmann, I get that. I understand that certain movies require you to check your brain at the door, and just sit back and enjoy the experience.

This being said, there are times when I can’t check my brain at the door. There are times when my brain asks a million questions, and it gets in the way of me being able to relax and enjoy a film. First of all, with all the hype of it being a “feminist” film, I actively looked for signs of feminism.  At the start of the film, the “breeders” have all run away.  On the wall, they have written “we are not things!” and other things that are supposed to be about female rights. However, when we meet these women, they are made to look like pin-up girls in a men’s magazine. They are pretty much naked, wet, and wearing sheer white pieces of clothing around parts of their body. So, the audience is supposed to feel “women are not sex objects!” while the women in the film (except Furiosa, played by Charlize Theron) literally dressed like sex objects. They also completely depend on men for survival.  Yes, I understand that Furiosa is also supposed to be some sort of feminist icon, but is she really? Yes, she saves the women, but with the help of a man, the titular, Max.

Speaking of Max, this brings me to another point that made absolutely no sense. Max is a universal blood donor, and therefore vital to the survival of many of the characters in the film. They call him a “blood bank”, capture, and brand him.  Again, they totally depend on him for their survival, especially Nux, played by Nicholas Hoult. The film establishes just how important blood is to these people, so it makes zero sense that the War Boys treat Max the way that they do.  If Nux desperately needs this blood to survive, wouldn’t it make sense to take care of Max?  To protect him, and by protecting Max, protect himself? Why would you tie the one person you need to survive to the front of your car while you speed through a wasteland surrounded by violence? I mean, I get that Nux and the War Boys aren’t all there mentally, but if Nux didn’t completely depend on Max to survive, why bring Max along at all? And, if Max isn’t REALLY necessary for Nux’s survival, or if Nux has accepted he is going to die anyway, does the character of Max really even need to be in the movie?  Why not just have Furiosa be the hero of the film? I understand it’s part of a series, but it’s a bit ridiculous.  When you can still have an entire film without the main character, that does not say a great deal about a film.

The film is a feature-length car chase. Does it look cool?  Yes, it does. I mean, who didn’t love the visuals of the guy on the gigantic gas-guzzling vehicle playing a guitar that shoots fire? It’s right out of a video game! However, it makes absolutely zero sense in the world that has been established.  This particular tribe has access to water and food.  Why do they need gas? If they have everything they need to survive, why would they leave? Also, why would they seem to ONLY drive massive vehicles that require huge amounts of gas?  Wouldn’t they try to conserve the gas by NOT sending out every single tank and truck they have? Even if it’s to capture the “breeders?” Wouldn’t you think, that far into the future, that this tribe would learn to survive without gasoline? People in 2020 figure out ways to stretch out the use of gasoline. If they have access to food and water, there is really no reason to ever leave home. I understand that not every movie is required to be a great think-piece on society. I agree that some movies are just meant to be entertaining and fun.  While this movie did not entertain me at all, I can see why other people (especially men, if I’m being honest) think this is one of the greatest films of all time. It looks amazing, it’s non-stop action, great video-game like violence, and eye candy in the form of the “breeders.” However, the plot is completely ridiculous and I expect more from a Best Picture nominee than just something that looks “cool.” A good story, interesting characters, plot development, as well as technical skill are all elements I expect in a Best Picture nominee. 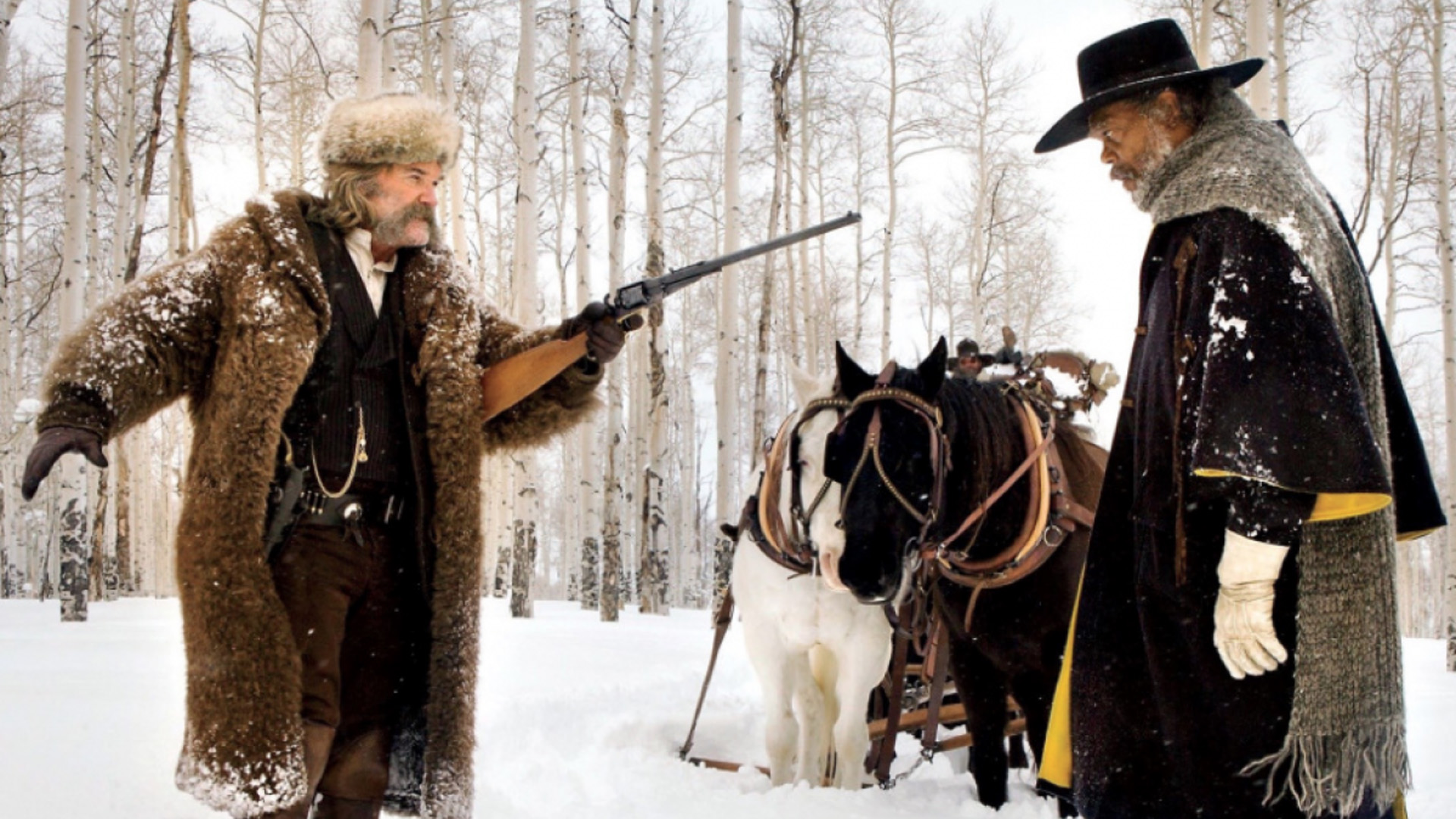 It was easy for me to pick the film that should have replaced Mad Max: Fury Road on the list of Best Picture nominees. When I revisited the list of nominees from 2016, I was shocked Quentin Tarantino’s The Hateful Eight wasn’t on the list. Tarantino fans will, until the end of time, debate which of his films is his best. From my experience, very few people put The Hateful Eight in that position. Honestly, I don’t know why. It contains all of the elements we have all come to know and love in a Tarantino movie.  Great dialogue, memorable characters, a killer soundtrack, intricate plot, revealed in a non-linear way, and a huge bloodbath at some point in the film.

The Hateful Eight, like all Tarantino films, has top-notch acting. Kurt Russell is both brutal and sentimental.  I love watching his reaction to the letter he believes is written by Abraham Lincoln.  We see him cry, then punch Jennifer Jason-Leigh in the face for tarnishing it. What makes this film stand out from all his other films is the use of one location. After the first scene in the carriage, the rest of the film takes place at a lodge, where the characters we meet in the opening are now introduced to a whole different group of people, who have already been through some major conflict. Tarantino builds the tension of these characters through brilliant reveals from different camera angles. It’s dramatic irony at its best. No character is wasted, each character has a carefully built relationship with every other character. This movie proves that films can be wildly entertaining AND a well-told story. Not only is the movie slickly made, violent, and fun, it also has depth, a great plot, interesting characters, and is actually worthy of being a Best Picture nominee.