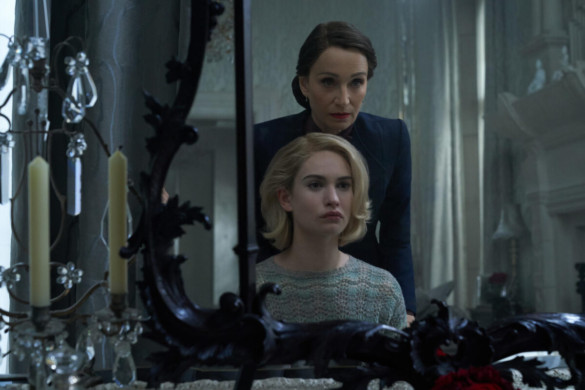 Some might say that it’s too soon to start making predictions when it comes to the Academy Awards as so much can happen between now and the time when Academy members end up submitting their ballots. I think it’s fair to say that part of the fun of awards season is producing these predictions as you can look back on them and laugh when the narratives surrounding certain actresses inevitably changed. There was a time when people thought that Cats (2019) might earn multiple Academy Award nominations. Looking back on those predictions will make anybody smile as we realize just how unpredictable the film industry is. With that said, I put together a set of predictions for Best Supporting Actress nominees who might have a shot at getting recognized at the 93rd Academy Awards.

Olivia Colman in The Father

Colman’s career trajectory is rather odd as you don’t usually associate British performers from naughty television comedies like Peep Show with prestigious costume dramas. Her career in the late 1990s and early 2000s was largely tied to the sort of comedies that receive praise from critics without being noticed by snooty awards bodies. At one point in time, she even gained notoriety for appearing as a gorilla in an advertisement for Glade air freshener. She began to receive attention from awards bodies in 2011 with her role in the heartbreaking drama Tyrannosaur (2011), and from there, she was unstoppable as she appeared in traditional Oscar Bait flicks like The Iron Lady (2011) and Hyde Park on Hudson (2012).

When The Favourite (2018) rolled around a few years later, she had appeared in enough prestige pictures to be considered for a Best Actress nomination. Her win was a surprise, but she is the sort of British grande dame that the Academy loves, and she seems to have a juicy supporting role in the Anthony Hopkins vehicle The Father (2020). On paper, he has a much showier role as he gets to play a victim of Alzheimer’s disease who desperately tries to fight back against the illness that ravages his mind. Colman also takes on the sort of role that appeals to the Academy as she plays a loving daughter trying to help her father get through a difficult period of her life. If we look back on previous years in the category’s history, we notice the fact that they do love supportive wives and daughters as Jennifer Connelly won in 2001 for her role as the empathetic wife of a mathematician who is troubled by schizophrenia in A Beautiful Mind (2001). With all of the gravitas she has behind her and the positive critical response to the film, it is easy to imagine her sliding into this lineup, thereby cementing her status as a perennial Academy favorite.

Now we get to one of the most famous performers who has been nominated many, many times for an Academy Award without managing to win. We expected her to finally have her moment in the sun with The Wife (2017), but Colman pulled out a surprise win and robbed Close of a career achievement award of sorts. Now prognosticators eagerly look forward to seeing her new project as she has built up enough goodwill to have a strong narrative behind her if she does deliver a well-received performance. When Academy members feel like somebody is owed an award because they have been overlooked in the past, they often end up handing out hardware willy nilly. Look at Al Pacino in Scent of a Woman (1992). Nobody would claim that he delivered his best performance in that widely mocked dramedy, but he was in the right place at the right time, and his competition wasn’t strong enough to push him out of the lineup.

Even Close fans are not particularly excited for Hillbilly Elegy (2020) as it is based on the controversial novel of the same name, which has been accused of making racist and homophobic views seem acceptable. Ron Howard has also gained a reputation for making bland films with almost no distinctive features in recent years as you would struggle to find people who are fans of Cinderella Man (2005). Despite all of this negative buzz, people are aware of the fact that Howard is a popular director with the Academy as his films have regularly won awards. Even The Paper (1994) managed to capture a Best Original Song nomination even though it underperformed at the box office. Howard directed Connelly to her Academy Award so Close could receive the same treatment as she has her history as somebody who has been hard done by, and if the film is a success, she seems like a shoo-in for a nomination. She could be propelled along by the narrative behind her even if some are resistant to the message of the film, and like Kathy Bates in Richard Jewell (2019), she could even end up as the lone nominee from her bizarre picture.

When it comes to Thomas, I feel like I have to hedge my bets as she might be bashed for her performance in this highly anticipated remake. People love the Alfred Hitchcock directed version of Daphne Du Maurier’s 1938 potboiler, and Judith Anderson’s performance as the villainous Mrs. Danvers has attained legendary status. Thomas is highly respected within the industry and was the star of The English Patient (1996), which earned her a Best Actress nomination. However, people still doubt her ability to fill Anderson’s shoes. Based on the promotional shots that we have seen of the film, it looks like Ben Wheatley is aiming to go in a very different direction with this remake, so Thomas’s performance could be entirely different from that which Anderson delivered.

If Rebecca does receive positive reviews, it is hard to see how it wouldn’t earn a boatload of nominations. It is a remake of the Best Picture winner, features three highly respected actors, and is an adaptation of a prestigious novel. Thomas could give a scene-stealing turn as a villainous character who reveals herself to have surprising depth, and if she has one or two scenes in which she gets to rant and rave, she should catch the eye of voters who love flashy turns from older actresses. To make a comeback with the Academy after all these years away would be reasonably extraordinary, and she could definitely try to push this as a comeback narrative. If the reviews are negative, critics will claim that she pales in comparison to Anderson, then she might end up being mocked rather than being garlanded with awards.

In the late 2000s and early 2010s, Seyfried was associated with middlebrow romantic comedies like Letters to Juliet (2011) that were highly inoffensive without doing anything to bolster her reputation.Fans of her would not that she has made a lot of risky, daring choices in the mid-2010s as she is hilarious in Noah Baumbach’s While We’re Young (2014) and utterly haunting in First Reformed (2017). Unfortunately, neither of these films received a lot of mainstream recognition, and in the eyes of many, she is still the pretty blonde from Mamma Mia! (2008), who is pleasant without making a huge impact. With Mank (2020), which is receiving a wide release through Netflix, she could be given a chance to display her dramatic chops to a broad audience. She plays the famously misunderstood Marion Davies, a talented comedienne whose career was hurt by her involvement with William Randolph Hearst.

The Academy always loves it when famous writers, directors, and actors get together to make a film about the film industry, and Mank happens to be about the production of Citizen Kane (1941), so it already has plenty of prestige behind it. Best Actor winner Gary Oldman stars and will likely receive some buzz for his performance, but if Seyfried can bring something unique to the presumably small part, she might be able to leave a strong impression on voters. Davies might not be as famous as an actress like Greta Garbo or Norma Shearer, but there is still footage of her so Academy members will be able to check whether Seyfried got all of her mannerisms right. They love it when famous actors play famous dead people because it becomes easy to judge their performance. If Seyfried can nail Davies’s accent and her mannerisms, the voters who loved Cate Blanchett in The Aviator (2004) would probably be happy to nominate her.

Ellen Burstyn in Pieces of a Woman

Burstyn is a six-time Academy Award nominee and proved that she could make a dramatic comeback in 2000 when she became Julia Roberts’s fiercest competition to win Best Actress with her raw, shocking turn in Requiem for a Dream (2000). She has worked steadily since and remains one of the most highly respected actresses in the industry, but she isn’t always given the most challenging roles. Pieces of a Woman (2020) looks like it gives her the sort of opportunities she has not had in a long time. She supports a strong cast, including Vanessa Kirby and Shia LaBeouf, but she is the sort of grande dame who could have a few scenes for herself. Early reviews for the film have not been great but there has been praise for the performance, and with the morbid subject matter, it is hard to imagine the misery porn-loving Academy rejecting it.

She plays an overbearing mother, and when you think back to Allison Janney in I, Tonya (2017), you realize that the Academy likes this character type. If she is infuriatingly mean and coldhearted to her daughter, she should be able to knock out a few scenes that could serve as her clip. I can imagine the interviews she will do with major publications now in which they discuss her long and illustrious career, and this will inevitably make Academy members want to honor her if only for her incredible body of work. Close is a far more tempting option as she has never been honored while Burstyn won Best Actress in 1974, but the veteran actress could still find herself in the category.

My opinions are clearly different from those of others, and I am sure some of you will criticize my predictions in the comments, but I welcome that. If you think that Saoirse Ronan will gain some traction for her work in Ammonite (2020), please come after me. Most of my opinions were based on things I have read and thoughts I have formed over years of watching and analyzing the tastes of Academy members. Obviously, I do not know as much as several prognosticators, but these are just some ideas I put together. If my predictions do end up being correct, I will be thrilled, but maybe one of these actresses will go through a controversy before voting occurs that pulls them out of the race altogether. You never know what will happen with these crazy Oscar races.