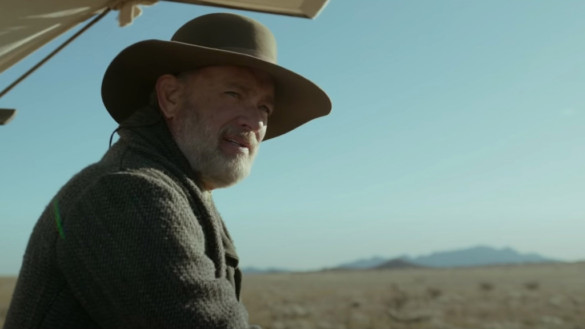 It seems like every year there are fewer choices for the Adapted Screenplay category. Whilst I admire the Academy for going bold and supporting original filmmaking, it does make this category hard to actually be certain what they will put forward. This is also a much scarcer year for nominations, due to the ongoing pandemic. However, I feel like I found five fitting nominees and I certainly feel confident (sight-unseen for the most part) about predicting these right now.

It won the TIFF People’s Choice Award (which, Best Adapted Screenplay winner Jojo Rabbit also won last year). It won the Golden Lion at Venice. It has been a hit for every single stop it has made this festival season. This is also a tough adaption, as it was based on a book of the same title which was written as a documentary on the life of the Nomads. This adaptation is so faithful to the point that Chloé Zhao went to the same people who were interviewed in the book and used them in the film. I think many filmmakers will appreciate the level of adaptation taken for the story. If she isn’t going to win Best Director (and simply, who’s going to take on Fincher this year?), it seems fitting to award her here.

For a film that premiered at Sundance at the start of the year, it is strange how it has taken so long for this film to get the awards attention many people are saying it deserves. If you have Anthony Hopkins and Olivia Colman giving incredible performances, then the screenplay is naturally going to be elevated on that alone. This also has the tough task of telling a story so personal and human, yet something that not many films talk about in memory loss and aging. This is one we should have been talking about for months, but at least it is in the conversation now.

One Night in Miami

Whilst not adapted from a book or article, this film is adapted from an existing screenplay. This is the only film of the contenders that I have seen, and I can admit that at times the story can come across as made for the stage rather than the screen. However, it is a fantastic story and the performances elevate the screenplay. There are moments of genius in the screenplay, especially when all four men are in the room and having a discussion about religion and their roles in the black community. It is a film made for this moment in time, and that will benefit in getting nominated here.

One Night in Miami may have felt like a stage production, but Ma Rainey’s Black Bottom is going to be an actual adaptation of a stage screenplay. That in itself is a tougher challenge and is worthy of recognition. Whilst it is sight unseen, this is another film in which the screenplay will be elevated by potential Oscar-winning performances with Viola Davis and the late Chadwick Boseman. This is a film that is yet to surprise everyone, and I am anticipating it doing well.

If there is any film that looks to have nominations all across the board this year, it may just be News of the World. Very little is still known about the film, but having Tom Hanks in it is not a bad start. The trailer received great buzz, and it has been a while since a film of this style has been nominated for a screenplay award. This may end up not only being a contender, but a potential winner depending on how good it ends up being.