Op-ed: All The Oscar’s A Stage (The Venues of the Academy Awards) 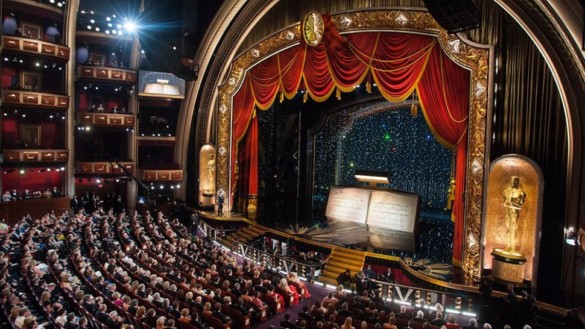 Every year, from the time the previous ceremony ends, the next Oscars are immediately being prepared. It has gotten larger and more expensive since its first show in 1929. No longer in hotels or midsize auditoriums, Hollywood’s biggest night requires a large setting that also keeps an intimate feeling so it doesn’t turn into the Grammys (which is held at the 20,000-seat Staples Center). To be held as the hub for such an event is to have the eyes of the movie world upon the entire area for every move, famous or controversial, to be remembered for all time. Here are the past and current venues of the Oscars.

It hosted only the inaugural Academy Awards when the winners were announced three months earlier with 270 people attending and hosted by Academy President, Douglas Fairbanks. Since opening on May 15, 1927, the Roosevelt is the oldest operating hotel in Los Angeles, having never once closed for any reason. It was probably chosen for the first ceremony since the funding for the construction came from Louis B. Mayer, Mary Pickford, and Fairbanks himself. Designated as a city monument in 1991, the 12-story hotel features 300 rooms including suites, eight restaurants, bars, and lounges, and a pool with cabanas.

And if you are interested in staying for a night or ten, here’s the link to its site: https://www.thehollywoodroosevelt.com 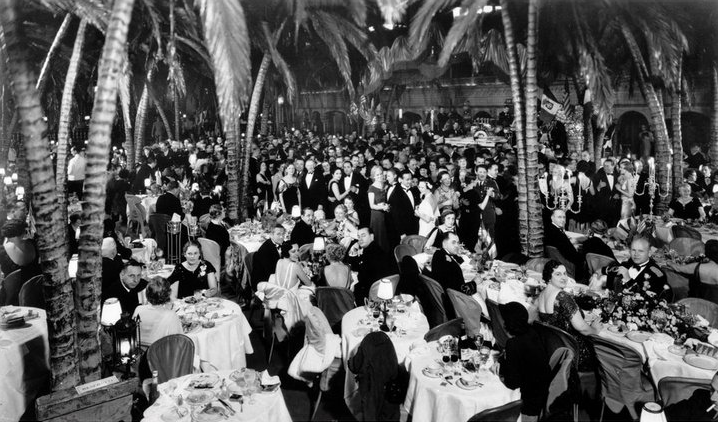 Another legendary hotel from Los Angeles hosted the ceremony six times and was a hotspot for the Coconut Grove nightclub where everyone, entertainers to politicians, were seen at. It was here that the ceremony took place. Sadly, the Ambassador became infamous for the tragic events of June 5, 1968, when Presidential candidate Robert F. Kennedy was assassinated in the hotel’s main kitchen as he was exiting the ballroom. Thus began the demise of the hotel, surrounded by the killing and the neighborhood falling into disarray due to crime, keeping guests from coming and leading to its closure in 1989. Despite efforts for historical preservation, the building was demolished in 2005.

Opening in 1923, a city monument since 1969, the Biltmore was the largest building west of Chicago at the time. In the Crystal Ballroom, the Academy of Motion Pictures and Sciences was founded and the statue was sketched on a napkin. The interior architecture is almost the same as it opened, with frescos, murals, and marble fountains, crystal chandeliers, and cast bronze doorways. It was in the Biltmore Bowl where the Oscar was held several times. Later, it would host various statesmen and would be the center of Los Angeles’ Olympic Committee for the ’84 games. Today, 683 recently refurbished guest rooms and suites are still available for all visitors coming for a grand stay.

If you want to come here for a holiday, here’s the link: https://www.millenniumhotels.com/en/los-angeles/millennium-biltmore-hotel-los-angeles/#home 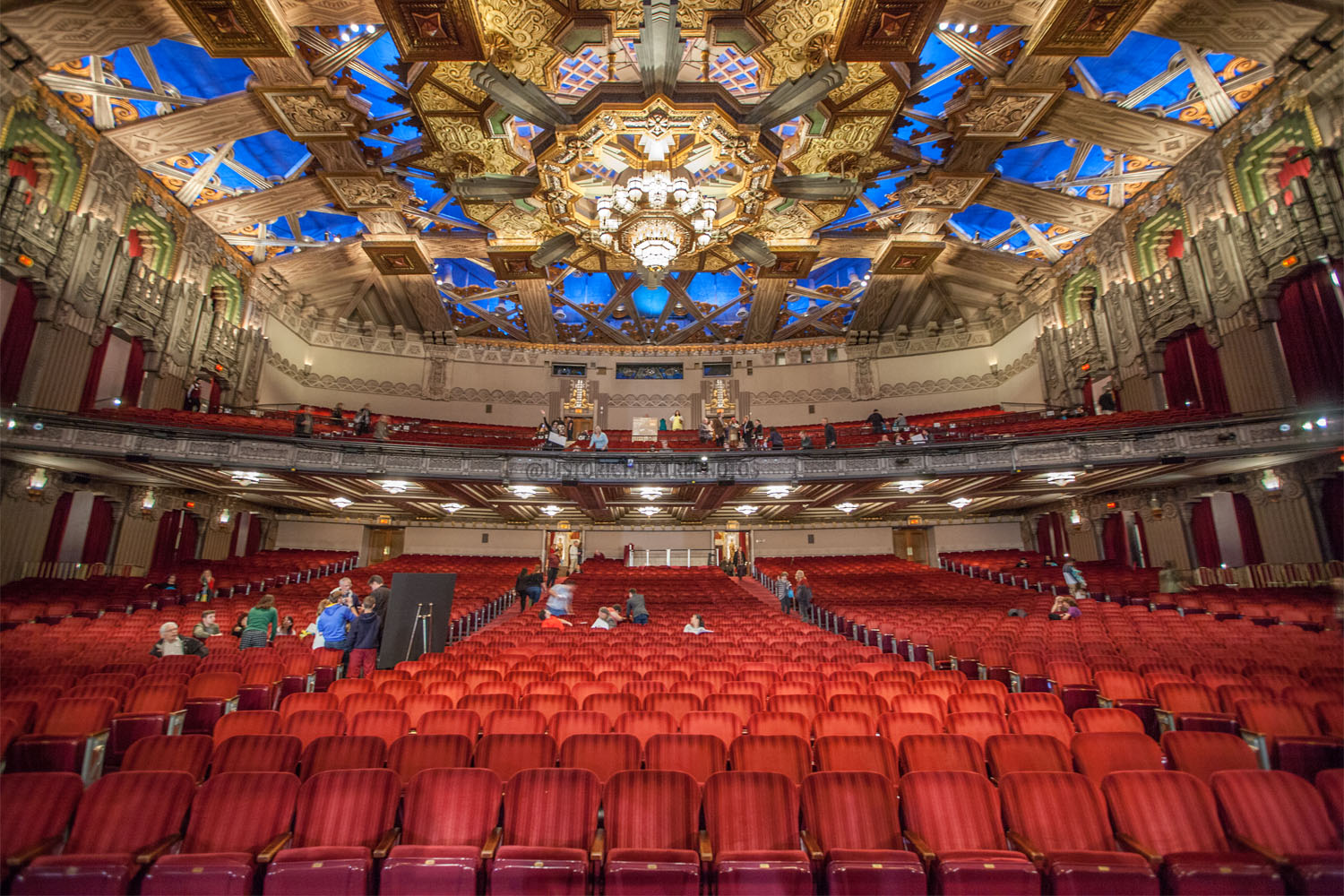 The first theater the Oscars were held in was the famous Grauman’s Chinese Theatre for a couple of years in the early 40s. After the 1949 show was held in AMPAS’ own theatre due to concerns of vote influencing (like the Golden Globes), it was put in the-then named RKO Pantages Theatre. Today, it is a major venue for musical productions, most recently for Fiddler On The Roof and Frozen. It was supposed to have an office tower before the Great Depression quashed that portion and started as a movie theater all the way through 1977. It was a glamorous place for movie openings and every Hollywood star would walk to the red carpet going in, and when Howard Hughes, head of RKO, bought the theater in 1949, he brought over the Oscar ceremony there too. It was famous for the premiere of Cleopatra in 1963, and the classic concert film Stop Making Sense by The Talking Heads was shot there. In 2000, the theater underwent renovations to preserve its traditional looks which can be seen by all who enter.

A historical venue constructed in 1926 in its traditional Moorish architecture, the auditorium has undergone renovations since opening but contains its impressive exterior and interior that has made it an attraction to all awards, including the Emmys, Grammys, and Miss Universe. The auditorium has a capacity of 6300 people and is the largest proscenium stage in North America at 195×69. It has also been a usable filming site for movies, music videos, and TV. Next door is the 54,000 sq.-ft. Expo Hall, home of the SAG awards since 1997. Hence its name, it is also the home to the Shrine fraternity in South California.

After several years in the unimpressive Santa Monica Civic Auditorium (something not worth delving into), the ceremony found a brilliant home. In the middle of the Music Center, a complex of performance art theatres that host the LA Opera and Philharmonic, the Chandler Pavillion opened in 1964 as the new home for the Los Angeles Philharmonic. With its “total design” look, where every aspect of the building was detailed for its construction, it became the prime venue of many events, especially the Academy Awards. It hosted the Oscars for 18 consecutive years and another six times, currently holding the record for the most hosts of the show. The Philharmonic moved to the Walt Disney Concert Hall in 2003, but Pavillion remains the home of the LA Opera.

The Oscars’ current premises for the ceremony is in a mall. Jazz Tanguay of Variety always reminds us this when she covers the event, but a wrong turn and you are entering a Forever 21 store or the Lucky Strike bowling alley. Yet, the theatre was built exactly for the purpose of hosting the Oscars, something stable and with specific features for future ceremonies. The builders worked with Hollywood’s production leaders to get the best in sound, camera placement, stage management, making an infrastructure that no other Oscar ceremony venue has ever had. Going up the stairs are columns featuring every film that has won Best Picture and will fill the names through 2071. It certainly will remain the home to the biggest show for Hollywood for quite a while.